Views From The Streets: The Transformation Of Gangs And Violence On Chicago’s South Side

Roberto Aspholm is to be commended for his excellent study of the remarkable transformation of gang violence among Chicago’s street gangs. The city’s major black street gangs formed between the late 1950s and the early 1960s. Virtually all of these gangs existed on the west and south sides of the city. In its effort to alleviate the housing shortage and better the lives of poor city residents, in the 1950s and 1960s the Chicago Housing Authority constructed more than 20,000 low-income family apart­ments—built to house largely the expanding population of African-Americans and Mexican-Americans in the city. All but about 2,000 of those apart­ments were placed in high-rise buildings (typically more than a dozen floors), arranged adjacent to one another. The best known of these are Governor Henry Horner Homes, Cabrini Green, and Robert Taylor Homes. The latter complex, the largest of the three, consisted of 28 sixteen-story buildings in uniform groups of two and three along a 2-mile stretch from the industrial area near downtown into the heart of the Black ghetto on the south and west sides of Chicago.

Chicago gangs grew enormously from their base in these high-rise housing complexes, as those buildings sheltered gang strongholds and effectively shielded drug trafficking operations from police. Gang wars erupted regularly over drug-trafficking turfs. The city’s Black and Hispanic gang problem “exploded” in the late 1960s, a period of increased social turbulence and gang expansion in the city. Aspholm notes that police officers rarely got out of their autos after dark at the Robert Taylor Homes during the 1970s. Violence was so rampant during the 1980s that City police frequently ignored reports of gang shootings at Chicago’s Henry Horner Homes. By the 1990s, four of Chicago’s largest gangs (the Black Gangster Disciples Nation, the Latin Disciples, the Latin Kings, and the Vice Lords) totaled an estimated 20,000 members. Because gangs provided some relief to “hyperghettoized” residents in the form of safety from outsiders, and even financial resources for necessities such as building repairs and upkeep, most residents reluctantly tolerated the increased violence associated with the gang involvement in drug trafficking. In an uncommon gesture of appreciation, one of the extremely violent gangs occasionally sponsored picnics for residents in thanks for tolerating their drug operations.

Years later, Chicago’s gang violence subsided—without an obvious explanation—and this prompted Aspholm’s research, which benefitted from extended interviews of twenty active gang members. Having noticed that the gang homicide rate in Chicago decreased sharply in the decade between 1994 and 2003—from 32 per 100,000 to only half that rate— Aspholm set out to find an explanation for this unanticipated development. His inquiry led him to examine recent dynamics within Chicago’s African American street gangs. Without any doubt, the city’s demolition of Chicago’s enormous public housing “Projects” dramatically transformed gangs. Between 1995 and 2010, the Chicago Housing Authority razed more than 21,000 public housing units. Aspholm concludes that disruption of the established gang networks is largely accounted for by 1) demolition of public housing (that provided the largest and most defensible drug markets); 2) changing patterns in drug consumption (from cocaine to marijuana that required more time and effort that yielded smaller profits); 3) declining aspirations to become gang leaders; 4) incarceration of gang leaders; and 5) the transformation from street organizations to small cliques. In turn, Chicago gang members gradually came to embrace the notion that the license to determine relationships on the streets rests with individual gang members themselves, as opposed to being contingent on traditional gang affiliations.

The single shortcoming of Aspholm’s outstanding book is that he does not fully inform readers about evidence-based gang control programs that could reduce gang violence in Chicago. In his defense, this task was outside the scope of his research; instead, he informs readers only about major initiatives that aimed to reduce gang violence in the immediate future, e.g., gang suppression and focused deterrence initiatives. Unfortunately, these were presented to Chicago city leaders as “too big to fail,” yet they often did (Papachristos, 2011). However, community-centered programs may well be more successful in Chicago. As an example, in 1992, the initial version of Irving Spergel’s Comprehensive Gang Program Model was implemented in the Little Village neighborhood west of downtown Chicago (Spergel, 2007). This program targeted more than two hundred of the most active members and influential leaders of two particularly violent gangs, the Latin Kings with an estimated 1,200 members, and the Two Six with an estimated 800 members at that time (Spergel, Wa, & Sosa, 2006). Spergel hoped to relegate group-level service delivery via an intervention team comprised of police, probation and parole units, and other community agencies in “reaching out” to gang-involved youths and their families, and linking them with conventional society and much needed services. Unfortunately, the police suppression contacts with active gang members typically consisted of only warnings, arrests for criminal activity, and sanctions for probation violations. Dissatisfied and frustrated with their sole focus on suppression, Spergel hired and trained his own project police to utilize community policing strategies while working in close collaboration with probation officers. Spergel’s CGPM integrated five strategies: social intervention, community mobilization, provision of social opportunities, suppression, and organizational change and development (see Spergel, 2007: 29 for a full display of the model, including organizational elements and integrated strategies). Over the long term, the CGPM yielded sizeable reductions in serious violence (homicide, aggravated assault, aggravated battery, and robbery), reductions in property crimes, and reductions in the frequency of various types of offenses including robbery, gang intimidations, and drive-by shootings in Chicago, Riverside, CA, & Mesa, AZ (Spergel, 2007; Spergel, Wa, & Sosa, 2006; Hodgkinson et al., 2009).

Yet another community-centered gang program could well be effective in Chicago — the Gang Reduction and Youth Development model (Brantingham, Sundback, Yan, & Chan, 2017; Herz, et al., 2015, 2017). Implemented in nearly two dozen communities, this is the largest urban gang initiative to date. It was developed in the Los Angeles Mayor’s Office of Gang Reduction and Youth Development (GRYD). The GRYD program was implemented in 23 selected high-volume gang violence areas in Los Angeles where violent gang retaliations were commonplace. The GRYD multi-component strategy involves the provision of prevention services, gang intervention services, violence interruption activities, and involvement in proactive peace-making activities. There is substantial evidence that the GRYD program reduced gang joining, violent gang retaliations, and demonstrated some successes with re-entry of probationers involved in gangs (Brantingham et al., 2017; Herz, Chan, Leap, et al., 2015, 2017). Altogether, the GRYD prevented an estimated 185 gang violent crimes city-wide in 2014-2015 with Incident Response strategies (Brantingham et al., 2017). Two-thirds of the events in 2014-2015 were single-victim shootings, followed by homicides in one-fourth of all reported shootings. Homeboy Industries (Boyle, 2010) provided effective services for more than half of the GRYD program clients who succeeded. Given its positive impacts in Los Angeles, the GRYD program is suitable for Chicago communities. Thus, it is quite likely that this multi-component program would be effective in Chicago as well. 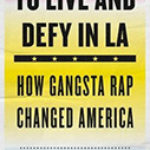 To Live And Defy In La: How Gangsta Rap Changed AmericaBooks, Full Reviews 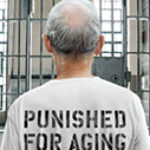