Warped Narratives: Distortion In The Framing Of Gun Policy

Merry, a political scientist, analyzed content from over 60,000 blogs, emails, Facebook posts, and press releases, from nine gun control and six gun rights groups to understand the degree of narrative warping with a focus on victims, perpetrators, and settings. The dataset goes back as far as the year 2000, only one year after the Columbine High School shooting, and ends in 2017.

The author stresses on numerous occasions that there are consistent patterns of gun injuries and fatalities that are overlooked or unknown by most people. Specifically, some forms of gun violence that seem to receive excessive media attention, such as mass shootings and defensive gun use, are far less common than the types of gun use that cause the most carnage, i.e., intentional self-harm and urban interpersonal violence. It is with this observation in mind that Merry seeks to explore the nature of advocacy group warping.

A close examination of the term “warping” is necessary for the reader who is inexperienced in this area. On the third page of the first chapter, Merry provides a definition to explain that a policy area becomes warped when “the predominant frames used in the debate bear little resemblance to the actual contours of the policy problem.” Warping involves actors knowingly or unknowingly paying excessive attention to aspects of the problem that do not warrant that level of attention.

Merry later provides a background on another important term with a multi-disciplinary discussion of “framing” in Chapter 2. She demonstrates how disciplines such as sociology and psychology have defined and investigated framing for several decades. Broadly, the author shows that framing can influence citizen attitudes, activist mobilization, and the identification of policy responses. These implications create the need for close academic focus to how framing operates across different policy subjects.

The author then offers thorough background information about the gun control and gun rights groups included in her study. While organizations like Everytown for Gun Safety and the National Rifle Association retain large followings and considerable media attention, other organizations may possess different viewpoints or choose other areas of the gun debate for their focus. For example, Cure Violence tends to focus on highlighting the impact of guns on urban areas, while, on the other side of the policy debate, Gun Owners of America represent a group of supporters that are less willing to compromise on gun-related issues than some other gun rights groups.

The fourth chapter presents the theoretical underpinnings of the research that follows. The Narrative Policy Framework, which guides Merry’s examination into the gun debate, is explained in relation to conflict expansion and containment. These concepts are critical to the author’s content analysis as they lead to her five research hypotheses about whether gun control and gun rights groups will seek expansion or containment depending on the circumstances. For instance, she suggests that gun control groups will target events involving young, white victims, while gun rights groups will focus on individuals and circumstances that involve gun owners and self-protection.

In Chapters 5 through 7, Merry presents the findings of her study in three categories: victims, perpetrators, and settings. In each section, expectations about gun control and gun rights groups’ commitment to conflict expansion or containment are provided and tested. One overwhelming, and perhaps expected finding, is that all groups that focus on gun policy emphasize victims above perpetrators in their messaging. Another result from her analysis is the absence of focus on self-harm and racial issues, despite the undeniable role that these topics play in relationship to guns. The majority of the author’s tested hypotheses are supported. These hypotheses suggest that warping is present in the gun policy communications of high-profile interest groups.

Perhaps the most interesting content comes in Chapter 8, where the author discusses the policy options facing gun policy advocacy groups. Merry argues that these policies are limited due to the reliance on warping strategies. Those who follow gun laws closely can attest to the lack of federal-level legislative changes, despite polls that show relatively strong support for certain measures. Merry points out that when extensive warping has framed the gun debate in a particular manner, legislative avenues are closed and, for instance, gun control groups are left to pursue (1) “narrowly tailored” efforts; (2) “seemingly irrelevant” strategies; or (3) “a national ban on private gun ownership” that would face insurmountable political and constitutional challenges.

The book concludes with consideration of other policy areas that are ripe for warping due to certain characteristics. As an example, the immigration debate, which attracts attention and media coverage in the United States comparable to guns, features polarized sides and complex issues. Additional characteristics, like having atypical events and vulnerable victims, also could lead toward warping for policy areas like terrorism and drunk-driving.

In reviewing the considerable project that Merry has completed, a few observations that relate to both data collection and the subject of warping are warranted. First, it should be noted by the reader that most of the findings in this book come from the later years of the study’s time period (2000-2017). There were far more total documents included for analysis from 2016 on than for the earlier part of the decade. Further, most of the data collected were from Facebook posts, specifically. While blog posts, emails and press releases were included in the study, the gun rights and control groups quickly turned to the former medium to disseminate their messages around the year 2010. This observation does not take away from the findings of the study in any way, but readers should recognize that the shift to rapid, repeated communications via social media shifts the sample toward Facebook posts from the 2010s.

Second, consideration must be given to the difficulty in assessing what subtopics gun policy advocacy groups should be focusing on, even in the absence of warping. The author commonly relates the results of the study back to evidence showing that most gun deaths in the United States come from self-inflicted events or interpersonal violence in urban areas. Statistically, there is no question that self-harm and urban violence account for large proportions of gun-related deaths. As the author acknowledges, however, harm stemming from guns extends beyond injuries and deaths to include psychological and emotional implications for witnesses and citizens in general. Therefore, it may be justifiable for groups to focus additional attention on mass shootings, for instance, because the nonquantifiable tolls of these incidents go far beyond injuries and fatalities. Many people feel fear and stress about seemingly random victimization more so than gun-related harms that come from intentional self-harm and targeted urban violence.

Finally, Merry makes a very convincing claim by the end of the book that policy warping is rampant in the communications from advocacy groups on both sides of this issue. Of course, this brings us to the important question of whether patterns of policy warping can be reduced so that audiences receive a more accurate depiction of positive and negative gun outcomes in America.

Unfortunately, it is hard to imagine that advocacy groups will tone down warped rhetoric at a time when policy-makers are rewarded for assuming extreme positions. While gun policy has long been a topic with few areas of consensus across the political spectrum, other less divisive issues now also lack bipartisan agreement. One must wonder whether it is possible for advocacy groups to be motivated to create accurate portrayals of gun behavior in America, even as the country fails to find a middle ground on other issues that have traditionally been much less polarizing. 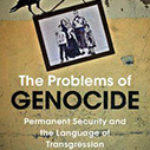 The Problems Of Genocide – Permanent Security And The Language Of TransgressionBooks, Full Reviews 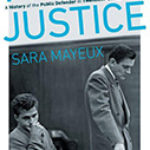 Free Justice: A History Of The Public Defender In Twentieth-Century AmericaBooks, Full Reviews