This book is very important for several reasons. First, the author uses multiple methods in carrying out an ingenious new study. Second, the research was conducted in a gang hotspot (the west-side Little Village community) in Chicago, which often is considered the gang capital of the United States. Third, it draws attention to the ongoing conflicts in Little Village among self-help indigenous community organizations, gangs, politicians, and police. Fourth, it provides valuable insights into gang-police relations. Fifth, it is very well written.

The research methods that Vargas used make this book unique in the history of gang research. To be sure, other ethnographic works have dissected police-gang conflicts, including Hagedorn, A World of Gangs: Armed Young Men and Gangsta Culture (2008), Klein, The American Street Gang (1995), and Venkatesh, American Project: The Rise and Fall of a Modern Ghetto (2000), but none of these studies employed the rigorous methodology that Vargas applied to the task of studying gang violence and efforts to control it in the Little Village community of Chicago. First, he conducted a pilot study of 24 high school students involved in a local community organization to inform Vargas how the geographic concentration of violence structured their everyday decision making. In the second phase, he interviewed 335 youth and 355 parents in a randomly selected sample of Little Village community blocks. These block-level observations raised so many questions about relations among gangs, police, elected officials, and nonprofit organizations that he launched an ethnographic study and interviews with these actors in the third phase of his study.

In the ethnographic component, Vargas uncovered a very complex situation between the notorious Latin Kings and Two Six gangs, and among them and the area citizens, community organizations, and police that thwarts control of gang crime. Importantly, his research revealed a “code of silence” among residents with respect to reporting gang crimes. Many residents would not call police, in exchange for receiving protection from the gang. In fact, these gangs depended on the code of silence to support their drug trafficking and other economic crimes—for if residents were to routinely report their crimes to police, the gang’s very survival could be threatened. The author discovered two key factors that allowed gangs to effectively use the code of silence. First, limited resources and the sheer volume of gang crime impeded police response times, and police errors allowed the gangs time to use covert surveillance, violent retaliation, and subversion strategies to create mistrust of the police and to undermine the force of law. Second, residents came to see tangible benefits from not reporting gang crimes. If they did report, police often revealed the identities of the informants to the gangs in order to substantiate their charges. In retaliation, the gangs would “light up” (fire burn) the houses of the informants to discourage further reporting of their crimes. As an illustration, Vargas reports that between 2007 and 2012, 74 percent of such “aggravated arsons” took place in Little Village. Moreover, the gangs were very strategic in their use of retaliation and misinformation to divide the police and residents in order to create space for their gang operations. Of course, it is rare that street gangs are so fully institutionalized that they that they are empowered to command such respect. But the Latin Kings (an estimated 1,200 members) and the Two Six (some 800 members) had been in existence since the 1950s or 1960s (Howell, 2015), and each gang was composed of 15 subunits, or sections, that operated on the streets in their adjacent territories (Spergel, 1995; Spergel, Wa, & Sosa, 2006).

Perhaps the most important contribution of Vargas’ research, however, is his documentation of the competition for political power and state and local resources that often undermine gang violence reduction initiatives. Gang leaders, political figures, and community stakeholders alike thwarted effective control of gang violence by their pursuit of self-interests. Without any doubt, these social forces would need to be united to dissolve the symbiotic relationship that Vargas uncovered between gangs, police, and the community. Even nonprofit organizations that had the best interests of residents and community unity at heart, could not gain as much as a toehold in the highly-charged competition for state and city resources and political power. Hence the title of Robert Vargas’ book is apropos, “Wounded City.”

Thus, it is remarkable that a gang intervention program based at the University of Chicago was successfully carried out in Vargas’ study site in the early 1990s, and he draws attention to it in his book. Designed and conducted by Irving Spergel, the Little Village Gang Violence Reduction Project was a bold endeavor, because this program targeted mainly older members (aged 17–24) of two of the area’s most violent gangs, the Latin Kings and the Two Six (Spergel, 2007). As a whole, these two Latino gangs accounted for about 75% of felony gang violence in the Little Village community (about four square miles) located about 8 miles west of downtown Chicago (Spergel, Wa, & Sosa, 2006). More specifically, the program targeted more than 200 of these gangs’ “shooters” (i.e., the most influential members or leaders). Implementing the program proved extraordinarily difficult given the complex setting in which a high level of discord existed among gangs, police, and the community.

The priority goal of the project was to reduce the extremely high level of gang vio­lence among youth who already were involved in the two gangs, and thereby curtail gang violence in the Little Village community. This main goal was to be accomplished by a combination of outreach youth work, an intervention team, case management, youth services, and suppres­sion. Suppression contacts, made mainly by project police and probation officers, reduced the youth’s interest in and attachment to the gang. Outreach services such as job place­ment reduced target youth’s time spent with other gang members and helped to hasten their departure from gangs.

Remarkably, the Gang Violence Reduction Project produced statistically significant reductions in gang crime among targeted members, particularly violence and drug arrests (Spergel et al. 2006: 212). In addition, area gang violence arrest rates were reduced somewhat in the Little Village community in comparison with six other high gang violence areas of the city, though drug arrests were not reduced significantly. Spergel’s evaluation team attributed these positive outcomes largely to the strength of the interdisciplinary street team. Notably, residents and representatives of various organizations perceived a significant reduction in overall gang crime and violence in Little Village during the program period. In sum, the results were consistent for violent crimes across analyses at all three impact levels: (1) the individual, (2) the group (gang), and (3) the community (especially in the views of residents). The significant reductions in self-reported serious violent crimes and arrests for violent crimes and drug offenses were especially noteworthy (Spergel, 2007).

Most noteworthy, however, is that Spergel’s program proved to be even moderately effective in the Little Village community of the “Wounded City,” aptly dubbed by Vargas. Without any doubt, that Chicago community had experienced a very high level of gang violence for several decades that was allowed to thrive as a result of benign neglect and pursuit of organizational self interests. The success of Spergel’s program—against all odds—gives basis for optimism that well-designed interventions can be effective, even in such a challenging setting, when implemented with fidelity (Spergel et al., 2006, pp. 216-217).

Even though Spergel’s program was successful, its operations (that he directed) were prematurely brought to a halt. From the time the program was launched with federal funds, a decision on continued Chicago Police Department and city government support was to be made at the end of the first year. After some delay in decision making regarding continuation beyond that point, Mayor Richard Daley terminated further city government sponsorship of it, while continuing to accept federal funding until the end of the original 5-year project period ended (Spergel, 2007). “In the 1990s, Chicago was not ready for effective policies and programs leading to a reduction of the youth gang problem, which required significant collaboration and integration of strategies” (p. 361). This unhappy ending presents a paradox. On the one hand, there is no quick fix, no magic bullet that can produce and sustain significant reductions in institutionalized gang violence. On the other hand, multifaceted programs that demand active governmental leadership are extremely challenging to establish and maintain; and particularly under such persistent and formidable community obstacles that Vargas documented. However, the potential cost-benefits are enormous.

Howell, J. C. (2015). The History of Street Gangs in the United States: Their Origins and Transformations. Lanham, MD: Lexington Books. 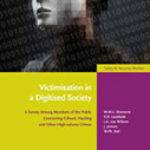 Victimisation in a Digitised Society: A Survey among Members of the Public Concerning e-Fraud, Hacking and Other High-Volume CrimesBooks, Full Reviews 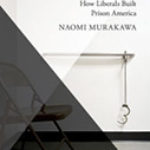