Following years of focus on imprisonment as a uniform experience which criminal offenders either experience or not (or which they experience for shorter or longer periods of time), one of the most interesting strands of current criminological research is the strand that focuses on conditions of confinement. People are not simply imprisoned; they vary in their imprisonment experiences. There is dire need for us to establish more knowledge not only about the consequences of conditions of confinement, but also about the mechanisms which drive these consequences.

Pettersson’s book is an example that valuable knowledge is to be gained from focusing on conditions of confinement. In her book, she meticulously details custodial openness for youth in Sweden, relying on various data sources (qualitative interviews with youth as well as with staff at special approved homes, and quantitative data describing youth in custody and how they fare in terms of criminal recidivism following release). An only too brief summary of the book’s main conclusion could go along the following lines: During confinement youth become heavily institutionalized, yet as they transition into more open forms of custody, de-institutionalization may occur and make for a better transition to the community upon release. Indeed, youth released from open units have lower rates of criminal recidivism than youth released from locked units. But with open custody arise new types of power relations, in particular in the relationship between staff and confined youth, because staff have discretionary powers over what constitutes good behavior and thus ultimately whom may be assigned to open custody and institutional leave. When conditions of confinement change, so too do power relations during confinement, and this perhaps is the most important knowledge we may extract from Pettersson’s work.

The book leads in with a historical and conceptual introduction to confinement in Sweden and to how open custody was introduced, expanded, and is now in use. Here, the author provides a nice overview that familiarizes the reader with the context, especially with the basic principles of youth justice and open custody and how this condition of confinement works in Sweden. I especially enjoyed the details on the formal powers of staff in special approved homes – which Pettersson later shows are extremely important for how this type of confinement affects youth – and the discussion of “degrees of openness”; both excellent examples of how we could benefit from thinking about conditions of confinement more than just about confinement per se.

Although presented in two separate chapters, Pettersson’s theoretical background and methodological approach are somewhat interwoven. The theoretical background merges Goffman’s interactionist analyses with Foucault’s concepts of power and discipline. This merger then leads her to focus empirically not only on how youth experience custodial openness (32 interviews with boys), but also on whom these youth were before confinement and how they fare after release (in terms of criminal recidivism — an analysis conducted on 611 individuals having served 638 youth custody sentences). She also focuses on staff and the formal as well as informal powers that they have in special approved homes (29 interviews), which is a nice extension of the analytical approach and which turns out to be empirically very important (and, indeed, analyzing the powers of staff is in accordance with the theoretical background). She also details how her former employment as head of the National Board of Institutional Care may have given her an advantage when obtaining permission from institutional directors to conduct her research. Whereas this worked to Pettersson’s advantage and might have increased her chances of being allowed to conduct her research, it may also serve as a note to students or researchers who might be inspired by her work to conduct similar studies. To achieve this sort of access to both youths in custody and to staff may not always be straightforward. This observation is not a critique of Pettersson’s work (quite the contrary) yet I feel it is important for others to know that in order to obtain the kind of access to a research field that this researcher did, familiarity (both theoretical and practical) with the institutional context under study is an advantage.

The qualitative part of the book is the empirically most detailed one, and also the one that is hardest to sum up in brief. Pettersson walks the reader through many aspects of the topic under study and provides empirical details of the narratives which arise around open custody. Much is to be gained from carefully reading this part of the book. Two highlights (to me) concern how youth administer various degrees of openness and how staff exploit their formal powers to promote specific behaviors. According to Pettersson, the very point (and legitimacy) of open custody is deinstitutionalization, something which seems at odds with confined youths’ situation: “Thus, the youth spoke of themselves as having been damaged by their institutionalisation, and also described needing to practice being outside in order to cope with it…” (p. 68, original italics). When youth experience their first institutional leave this produces a range of ambiguities that they must cope with – and this is something which they find hard (in fact, some interviewees find it easier to be deeply institutionalized). Yet as leaves are repeated, the youth accustom to the world on the outside, eventually making their final transition (upon release) into the community more manageable (at least in emotional terms). This, then, is expected to promote their chances of achieving re-socialization and keep them from recidivating (something I return to below). The qualitative documentation of all steps of these processes of deinstitutionalization, which seem important for how we think about conditions of confinement, is a definite strength of the book.

Good behavior is the key to achieving institutional leave, but when staff are charged with evaluating what constitutes good behavior, this opens a range of power relations that may not always fit with the intended goals of institutional leave. Petterson documents how staff may (both consciously and unconsciously) exploit their formal powers in special approved homes to promote specific (short term) but not always expedient (long term) behaviors of the youth in care. As a consequence, the distance between staff and youth may increase, in the sense that relations become superficial and goal-oriented – or even destructive – which in turn could serve to increase rather than decrease the level of institutionalization in these youth. From a day-to-day practical point of view, the staffs’ way of using their power over institutional leave as a means to promote good behavior makes sense, but from Pettersson’s empirical work it is clear that in order for open custody to fulfill its full potential as a re-socializing condition of confinement, one should pay special attention to how it is implemented within organizations.

The quantitative part of the book does an excellent job of describing the youth who are placed on open custody. This exercise is invaluable for researchers or students from other contexts as they try to wrap their heads around the setup which Pettersson studies. Essentially, Sweden differs from many other countries in important ways. But from her account one becomes familiar with and begins to understand some of those differences. Pettersson then uses propensity score matching to compare the criminal recidivism rates of youth released from open units to youth released from other units. It is, of course, very important to answer empirically whether youth released from open custody have lower rates of recidivism than youth released from other units – especially considering how rates of criminal recidivism are often used as the main performance measure of correctional systems. But it is also a very tricky question to answer, given the type of setup which is studied here. The basic identifying assumption of propensity score matching is the conditional independence assumption. This assumption states that conditional on the variables used to predict the propensity score, treated (released from an open unit) and untreated (released from other units) youths with similar propensity score predictions are directly comparable across all other variables, other than the unit from which they were released. The assumption would be justified if one had access to unimaginably detailed data. But one rarely (if ever) does. In the context of Pettersson’s study, officials are likely to assign the best of confined youth to open custody (these youth “earned it” and likely pose less of a public threat), and staff may exploit their influence on access to less punitive conditions of confinement to promote desired conduct (this was indeed one of the interesting points that arose from the qualitative work in the book). Thus, because the data do not contain information on such important yet unmeasured confounders of why some youth are assigned to open custody and others not, the conditional independence assumption is not very likely to hold. Pettersson fully acknowledges this caveat and rightfully notes that results should be viewed in that light; yet I still find it important to note this limitation of the evaluative part of the analysis here (students might not be fully aware of the identifying assumptions of the method). Going back to the first chapter of the book – the one which details the history of youth justice and open custody in Sweden – I cannot help but thinking that maybe other potential avenues for identifying the effect of open custody on criminal recidivism could be found in the details which the author describes. Such avenues, of course, just invite future research which I hope Pettersson will pursue. Empirical results in the current book do indeed document lower criminal recidivism, especially for serious crimes, among youth released from open units, than among “comparable” youth released from other units – yet whether this difference is caused by open custody or by other and unobserved differences between these youth remains unclear.

In sum, much is to be learned from reading Tove Pettersson’s book. The context description and the qualitative inquiries are good, just as the quantitative part of the book does a good job at describing the youth under study. 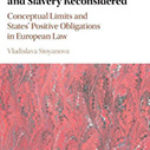 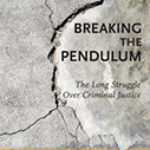 Breaking The Pendulum: The Long Struggle Over Criminal JusticeBooks, Reviews in Brief