DARK MATTERS: ON THE SURVEILLANCE OF BLACKNESS

On Sunday July 7, 2016, the evening that I was finally finishing up this book and settling in to draft a review of it, a thirty-three-year old African American man driving home with his girlfriend and her four-year-old daughter was pulled over for a routine traffic stop in Falcon Heights, Minnesota. Within minutes that man—whose name, as is now well known, was Philandro Castillo—was shot seven times by the arresting officer, and died on the way to the hospital.

You may have heard of this incident—just one of dozens of such terrible, terrifying shootings that have come to light in our nation over the past few years—because Castillo’s girlfriend captured the final moments of his life live, in real time, on her Facebook feed. The post, which has by now been widely circulated around the world, was almost too terrible and upsetting to watch—and yet it got millions of views in the 24 hours it was posted, and thus enshrined Castillo among the martyrs of racialized police brutality that animate the Black Lives Matter movement in contemporary America.

This all happened just a few miles from my house in St. Paul, on the border of the campus of the university where I teach and on the street that my wife and kids were driving home on that very same evening. (They would have driven right by the site within the hour of the shooting, if not for the fact they were diverted away by dozens of police cars who told them nothing of what had just transpired). And we’ve got dozens of friends around the city who knew Castillo personally from his work with St. Paul public schools, where he was, by all accounts, both popular with kids and well-respected by co-workers.

Suffice to say, this incident and the collective trauma it engendered in my community in the following months, set me back and forced me to call into question some of my otherwise comfortable, white break, ivory tower assumptions, not least of which was my reading of Simone Browne’s audacious and arresting Dark Matters: On the Surveillance of Blackness.

When I first began Dark Matters I have to admit that I found myself a bit disappointed. I had agreed to write a review with high hopes, having begun to dive in the literature on race, surveillance, policing, and social control in the process of finishing my own work on discipline and containment of African American men through sports programs like midnight basketball. Knowing that the author had a background in sociology and was now based in black studies, gender studies and surveillance studies at UT Austin, I was looking for that bridge between social sciences and critical theory, between sociology and cultural studies. That’s not really what this book is or does. (To anticipate: It is far more idiosyncratic and creative than that.)

The book is comprised of an introduction, four substantive chapters, and a brief epilogue. The first chapter is an intricate study of the architectural layout and design of slave ships from Africa set in the context of Foucault’s classic theory of the disciplinary project of the Panopticon (originated, as is now well known, by 18th century British social theorist Jeremy Bentham). Chapter Two examines the making of the “Book of Negroes,” a text created to help regulate the movement and behavior of African Americans in New York City at night through surveillance via lamps. All of this is introduced and framed by Browne’s depiction of the new(ish) surveillance studies and the life and work of Frantz Fanon and his notion of “Dark Matter.” (The Central Intelligence Agency (CIA)’s files on Fanon figure prominently in the beginning of the book). Indeed, Browne combines critical theory, critical cultural studies, and the work of Foucault and others to introduce the notion of “dark sousveillance” into our theoretical lexicon.

Brown’s understandings of critical race theory and surveillance are seductive, and I learned a great deal of history from these early chapters. However, it all seemed to me, upon first reading, somewhat esoteric and academic, relatively disconnected from the contemporary connections and applications that I had anticipated.

To be fair, Chapters Three and Four were more promising. Chapter Three, which bears the tantalizing title “B@randing Blackness,” focuses on how biometric technologies are used on the ground and in the media as a means of containment and control of mostly male black bodies. Popular culture—ranging from the movies of Will Smith and Tom Cruise to NFL football player Michael Vick’s post-incarceration rebranding to the B@randed series by artist Hank Willis Thomas”—is the source of data and object of analysis in this chapter. The fourth and final substantive chapter, “What did TSA Find in Solange’s Fro?,” uses art work at airports to explore how black women were surveilled in the post-9/11 era—or, as Browne puts is, using the airport as the means to formulate “a general theory of security theater.” These chapters extend the reach of the project into contemporary culture and current systems of containment of black people and blackness.

For all of the intrigue, however (and the analyses of athletes and bodies did resonate with my own interest in African American athletes), the absence of a more formal, substantive conclusion drawing out and drawing together all of the pieces of data, lines of critique, and social theory made it difficult for me to see the links to actual institutional practices, legal codes, and criminal justice policies.

And then Philandro Castillo was killed. In my community. And in a fashion that was almost impossible for me, a middle-aged white university professor, to imagine, much less comprehend or justify. How and why could a man from my fair community, with a little girl in his car, could be shot less than a minute into a routine traffic on public thoroughfare I drive on regularly at the end of an otherwise warm, wonderful Minnesota summer evening? Contemplating that question and its details, in the weeks and months that followed, began to give new meaning and significance to the ideas and images and themes about blackness and threat and fear and discipline and physical containment that are the stuff of Dark Matters. The images and stereotypes of black men and black bodies exist not only in people’s minds and psyches, as much of the implicit bias literature currently in fashion would have it, but also in our culture and history. They are deeply, deeply rooted. As unfortunate and embarrassing as it sounds to me now, I needed the Philandro Castillo tragedy to remind of that, to jerk me out of my otherwise comfortable, analytic ivory tower perspective. If nothing else, it helps explain (if not excuse) the unbelievably long it took me to complete this review of this generative, eye-opening, and theory provoking study.

I’d still like to see Browne’s social history and cultural commentary more carefully and concretely connected to current law, and criminal justice policies and codes, and policing practices. Also, I can’t help but think that there is an aspect of blackness in the public culture story that the Foucauldian perspective emphasized here cannot quite capture or address. On this point, I would simply note that as terrible and upsetting as it was to watch the spectacle of Castillo’s death live on Facebook (the black body on display, a certain voyeuristic fascination with his suffering for some), another dimension of this spectacle and imagery has been to focus attention on his brutal shooting and the larger injustices of lethal force, police brutality, and the unconscionably disproportionate impact this has on Black lives and communities.

But one book can’t do everything (nor, for that matter, can one author). And what Simone Browne’s book does, if we read and engage and digest it properly, is open us up to consider the myriad ways in which Black bodies and images of blackness are displayed and circulated in our culture, often for the purposes of containment and control, and how deeply rooted this is in our institutions and history. The cumulative effect of these chapters, in other words, is to highlight how black bodies and images of blackness more generally are displayed and circulated, contained and controlled, in and through western/American history, culture, and discourse.

I completed and am finally submitting this review in the weeks just after Castillo’s shooter has been found not guilty in a well-publicized jury trial. It is a frustrating decision for many in my community and around the country that raises another layer of troubling questions about how we view black bodies and the legal systems that not only allow but seem to support and encourage such beliefs and behaviors. I am thinking, quite specifically, of the legal standards that allow police to use lethal force simply on the basis of a perceived “credible threat” to their personal welfare/safety. Such laws, it seems to me, don’t just allow but in fact encourages racial stereotyping. I think Dark Matters can help us understand how this has come to be in a nation that purports to be just and colorblind. It is our job now to come up with strategies of resistance and institutional change. 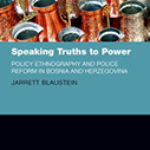 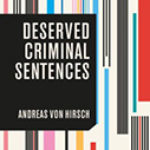