Disrupting Criminal Networks, edited by Gisela Bichler and Aili Malm, is an appealing reading for everyone with an interest in network analysis or crime prevention. Throughout eleven chapters plus an introduction, the volume explores broad applications and potentialities of social network analysis by starting from the premise that “in order to understand the behaviour of individuals, the individuals must be viewed within the large social context,” and that “patterns emerge as each person is embedded within a web of interrelated actors” (page 2). While social network analysis has increasingly become a major methodological tool for crime analysts and criminologists, there was a limited attention in the literature regarding how this tool could be used to inform crime prevention strategies, hence being used to reduce crime rather than just to describe certain social structures.

In this volume, the editors intend to demonstrate how crime is also influenced by social systems, which foster specific criminal opportunities that can be targeted for crime prevention purposes. They deliver much of what they promise. Indeed, the book has the clear merit to systematically illustrate how every social structure “constrains and expands the pool of the opportunities we encounter” (page 8), urging crime researchers to take into more serious consideration the interactions between potential offenders and victims, and therefore a social network perspective in their work. Also, as reminded by Calderoni (page 89), social network analysis is not used yet as a standard instrument in tactical and strategic analysis. The broad range of examples offered in the volume on the successful use of network analysis should also show its potential
to practitioners.

Overall, the volume is well structured. There is not a required order to read the chapters. Table 1, in the introductory chapter, offers a synopsis of all the other parts, emphasizing the connections among the topic areas—ranging from street gangs to online child pornography, the data used, the social network analysis approach, and the crime prevention implications. At the end of the book, there is also a very informative appendix which provides a clear and updated explanation of the terminology of social network analysis. In this way, the book can be fully appreciated not only by an expert audience but also by newcomers.

In the second chapter, Jean Marie McGloin and Zachary Rowan show how social network analysis can be used to address the complexity of street gangs and juvenile co-offending, as well as their interaction with legitimate spheres. Particularly, the authors show how this methodological approach allows gaining insights into street gang problems, for instance by identifying rivalries and alliances, determining the street gang network’s cohesion, and identifying brokers and people in the grey areas. Also, social network analysis offers practical ideas for addressing these types of deviant behaviours, and it might be very beneficial in aiding a broad range of agencies and organizations in directing their resources to target key individuals in the group and in coordinating their responses.

In Chapter 3, Michael Sierra-Arevalo and Andrew Papachristos focus on data collection and specifically on group audits, an iterative and dynamic methodological tool developed over the last decade in focused-deterrence policing and violence prevention initiatives. These audits facilitate the systematic collection of detailed data on violent groups and gangs. By using the city of New Haven (Connecticut) as an extended case study, the authors show how network analysis can also help to solve definitional problems surrounding gangs and provide unique insights into group and intergroup relationships.

In Chapter 4, Carlo Morselli, Thomas Grund, and Rémi Boivin use data from a complete co-offending population in Quebec over a seven-year period to illustrate how a structural assessment of co-offending offers additional details on the offender network, and their continuity and stability. The study clarifies a very interesting aspect of network analysis—that is, not only does it consider the core participants to the network but also the peripheral participants and sporadic offenders—and their discussion makes explicit how network analysis offers guidance in prevention practices by pointing out which individuals to target. The chapter also presents the readers some theoretical background and an excellent and focused literature review on co-offending, which makes it particularly valuable for newcomers.

David Bright in Chapter 5 presents an application of social network analysis for law enforcement to identify high value targets in illicit drug production and distribution networks. The literature review on the morphology of an organized crime group is certainly well focused on the contributions of network analysis, but it overlooks the definitional issues around the notion of organized crime itself (a concept that does not perfectly overlap with that of criminal networks). Also overlooked are many other studies that, while not relying on the network analysis methodology, reach similar conclusions about the non-hierarchical structure of many criminal groups. The chapter is successful in underlying the importance of having a coordinated sharing of resources, information, and personnel across countries to facilitate the collection and the exchange of detailed intelligence, as well as the importance of collaborations between academics and practitioners to make the most of sophisticated analytical tools.

In Chapter 6, Francesco Calderoni discusses the Calabrian ‘ndrangheta, an Italian mafia-type organized crime group, showing the potential of social network analysis in mapping the criminal structure and operational roles supporting criminal activities. Operation “Infinito,” a major law enforcement operation against the ‘ndrangheta in the north of Italy, is used as a case study. The chapter nicely fills a gap in the literature by using the analysis of meetings of the members of the ‘ndrangheta (based on judicial documents) rather than the usual wiretaps to provide insights into the internal organization of the criminal network and specifically to look at an individual’s affiliation and role or change in social status. Also, it clearly shows the usefulness of a social network approach in organized crime cases, as some organized crime groups are typically embedded in kinship or ethnic connections. If it is true, as we are reminded by Bright (page 88), that one limit of social network analysis is that a full range of data is not available during the early stages of investigations (which might jeopardize its benefits for law enforcement), this limitation should be mitigated when it comes to more stable groups with a more defined functional structure (as is the case with mafia-type organized crime groups). As properly suggested by the author, this approach might be extremely relevant for law enforcement, at least as a complimentary crime prevention strategy.

Chapter 7 tries to fill a gap in the literature as regards white collar crime prevention. Robert Faulkner and Eric Cheney use the Equity Funding corporate scandal of the early 1970s as a case study, relying on social network analysis in an innovative way to show how the analysis of defection in criminal conspiracies can guide crime prevention approaches by anticipating likely defection points.

In Chapter 8, David Décary-Hétu and Dominique Laferrière focus their social network analysis on online criminal markets of personal and financial data, and specifically on the formation of trust and business ties in a carding forum. Their study demonstrates the usefulness of this methodological approach to properly plan crime prevention through the disruption of attacks so-called “—that is, the creation of a large number of pseudonymous identities to subvert the reputation system of a peer-to-peer network (for instance, when multiple fake identities are used to provide positive reputation feedback for a malicious vendor in an online marketplace).

In Chapter 9, Kila Joffres and Martin Bouchard focus on online networks that potentially contain child pornography. In the vastness of cyberspace, the big challenge is increasing the effectiveness of law enforcement agencies, for instance by trying to increase the automation and the simplification of the processes of locating and prioritizing the targets. Their study assesses the effectiveness of network attack strategies—and specifically hub, fragmentation, and random attacks. It demonstrates which type of attacks are more effective to obtain a certain outcome in affecting the network in terms of density and reachability. Also, the authors stress the idea of diffusion of benefit in the context of preventive measures targeting harmful online networks. This is an important effect to be better understood given its great potential in cyberspace.

In Chapter 10, Stacy Bush and Gisela Bichler illustrate the potential of social network analysis for improving our understanding of how insurgent groups adapt to strategic attacks by evaluating how the communication chains among individuals and between operational roles changes during a period of targeted drone attacks against the Al Qa’ida network. Among other findings, their study shows how the network remained operational despite the loss of key actors, and how emerging leaders became more central when the network was under attack.

Finally in Chapter 11, Lucia Summers and Shane Johnson show how the principles of social network analysis can be applied to analyses of the street network, which has the potential for bringing clarity, for instance, to the conditions facilitating offenders coming into contact with crime targets. From this perspective, an enhanced understanding of spatial crime patterns might allow for better urban planning and crime prevention approaches.

Overall, this edited volume represents a worthy contribution to research on both social network analysis and crime prevention, and it will be valuable reading as well for scholars working on criminal organizations. 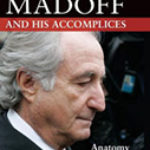 Bernard Madoff and His Accomplices: Anatomy of a ConBooks, Full Reviews 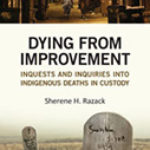 Dying From Improvement: Inquests and Inquiries into Indigenous Deaths in CustodyBooks, Full Reviews