In this book, Prof. Stephen Rushin traces the development of federal intervention into the operations of state and local police agencies in the United States. He identifies three eras of federal involvement in American police departments. He names the first period the “hands off” era because the federal government largely ignored problems in policing. In the second, or “buildup” era, the federal government created mechanisms to introduce controls on policing through the establishment of the exclusionary rule in the courts and the creation of avenues for citizens to sue police agencies for violations of civil rights. The author’s main focus is on the final and current era that he calls the “intervention” era.

The passage of the Violent Crime Control and Law Enforcement Act in 1994 included Congressional approval of a provision (Sec. 14141) that gave the federal government, through the Justice Department, the power to intervene into local police departments and force those agencies to implement reforms. If the Department of Justice determined that a police agency was engaged in a “pattern or practice” of unconstitutional misconduct, the federal government could bring suit to force the offending agency to reform its practices.

In five chapters Rushin presents his case for an expansion of federal oversight of local policing. He begins by introducing the problem of police misconduct. Next, he describes the development of the intervention era and argues in support of intervention as a potentially effective remedy to police misconduct. He follows this with a description of the workings of federal “pattern and practice” intervention in several police departments across the United States. He then assesses the promise and limits of federal intervention. Rushin concludes the book with his suggestions for improving and strengthening federal oversight of local policing. The arguments are supported with meticulous reference to the existing literature, statutes, documents, and court cases as well as information obtained from some number of interviews with people involved in cases of federal intervention.

When describing the operations of the U.S. Department of Justice in the intervention era, Professor Rushin notes the lack of clear standards and data for the selection of cases deserving federal intervention. The intervention process includes several stages. First, police agencies that are potential violators must be identified and selected for possible intervention. Those identified agencies are then subjected to a preliminary inquiry to establish whether there is evidence of a pattern or practice of unconstitutional misconduct. Next, those agencies determined to likely be engaging in prohibited practices are subjected to a full investigation that can result in the filing of a case in court and/or a negotiated settlement.

The lack of resources (relatively few attorneys in the Justice Department are assigned to police oversight) and the lack of data on police misconduct combine to make the selection of police agencies for inquiry something akin to a lottery. Professor Rushin reported that the methods used to select cases varied widely, often resulting in the feeling among selected agencies or municipalities that they were unfairly targeted. Professor Rushin notes, “The process by which the DOJ identifies cities for scrutiny remains somewhat of a mystery (p. 115).”

If the identification of potential intervention sites is mysterious, the selection of cases for preliminary inquiry is no better understood. Interviews with Department of Justice officials revealed that the decision to conduct a preliminary inquiry to explore the presence of a pattern or practice of unconstitutional misconduct happens when, “a litigator decides to spend some significant period of time researching claims of misconduct in a particular community (p. 121).” Unfortunately, there are no generalizations about how those decisions are made.

In the end, Professor Rushin draws three lessons from the review of federal oversight in action. Inadequate resources and political interference have hampered federal oversight. Second, within this context the federal attorneys have tried to maximize the impact of their limited enforcement resources. Finally, despite the best efforts of the federal lawyers, a “sometimes seemingly inconsistent and imprecise” (p. 158-9) process is often seen as nothing more than an enforcement lottery. This perception, of course, undermines commitment to reform as the targets of federal intervention may feel put upon and discriminated against.

After a detailed review of federal intervention into the Los Angeles Police Department, the book presents an assessment of the possibilities and limitations of this avenue for police reform. The lack of adequate data about police conduct limits the ability of the Department of Justice to identify potential targets of intervention or to monitor the impact of any intervention. Successful interventions (defined as those where the police department accepts and supports the required reforms) require organizational commitment. That commitment, of course, is threatened when the police department senses that it has been unfairly selected for attention. Indeed, the lack of strong organizational support for reform is likely to limit the sustainability of any gains achieved through the federal intervention.

In the final chapter Professor Rushin puts forth some interesting ideas about how to improve police practice in the United States, especially through federal oversight and intervention. Quite correctly, in the opinion of this reviewer, he calls for more and better information about police behavior, especially police misconduct. He suggests standardized collection of data concerning police use of force, citizen complaints, civil lawsuits, officer disciplinary records, and other information that could serve as proxies for police misconduct. Using these data, overseers can develop measures that will enable them to identify potentially problematic departments. As importantly, good data would enable better assessments of the impact of interventions.

The positions taken and suggestions given in the book are thought-provoking. Unfortunately, they are often not fully developed or described, leaving the reader to wonder exactly how the author envisions the situation will change. For example, he suggests that the federal government could redesign its grant process to reward and encourage efforts to reduce misconduct, noting efforts to support the adoption of police officer body cameras as an example. Reporting rankings of police agencies in terms of numbers of civilians injured or killed, numbers of citizen complaints, and the like could work to encourage “bottom up” reform by providing citizens, local governments, and the police with yardsticks by which to measure local police.

The book is an argument for increased federal oversight of local police and is understandably written to support that position. Nonetheless, this reviewer felt the greatest limitation of the argument was its lack of evenhandedness. In the end, Rushin’s argument essentially glosses over the complexity of the problems and issues involved.

For example, he recounts the events surrounding the U.S. Department of Justice’s attempt to intervene with the Alamance County Sheriff’s office. The Sheriff refused to negotiate a settlement and the case went to trial. The judge ruled that the Department of Justice had failed to prove the Sheriff’s Office had deprived anyone of any constitutionally protected rights.  Rushin presents this case as demonstrating a weakness of federal oversight. Whether or not the Department of Justice can prove a pattern or practice of discrimination, local agencies apparently should agree to reforms. Almost no Section 14141 cases have gone to trial. As with criminal cases, the majority of these issues result in negotiated settlements.

A case from Ferguson, Missouri is reported near the start of the book. Police issued a parking ticket to a woman who failed to pay and was then charged with six other offenses, arrested twice, and spent six days in jail because of the parking ticket. It seems an incomplete story. This is presented as evidence of police misconduct. While it is clear that these events happened, the proof of police misconduct is not apparent. What if the original parking ticket was legitimately issued in a nondiscriminatory manner? Was it the police or a court official who filed the additional charges? Were the arrests pursuant to a court order or made solely at the discretion of the police? Did the woman spend six days in jail because the police failed to present her to a magistrate in a timely fashion? If these things happened to this woman as a result of the actions and decisions of people other than the police, how can police oversight be expected to change this outcome?

Police behavior, both misconduct and appropriate action, is the product of a number of intersecting forces and, in any given instance, highly variable. At the same time, there is little doubt that police agencies or units within those agencies often develop a “style” of behavior that may evidence a pattern or practice of behavior, including behavior that is discriminatory or otherwise unconstitutional. More attention to developing and presenting clear definitions of what constitutes actionable police misconduct would strengthen the book. More importantly, clearer definitions would empower not only the federal government, but also citizens and the police themselves to proactively work to prevent misconduct.

While this reviewer has some concerns about the strength and limits of the arguments presented in the book, he found it to be a valuable reading.  Rushin comments that federal intervention as currently structured is probably too vulnerable to political manipulation. He notes differences between the George W. Bush and Barack Obama administrations’ approaches. Just this summer, the Donald Trump administration’s Department of Justice has announced a refocusing of federal intervention into police departments. There is much in this book that bears study and consideration. This book caused me to think about the problems of police misconduct and to revisit my beliefs and biases. For that alone, Professor Rushin deserves thanks. 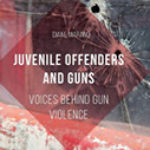 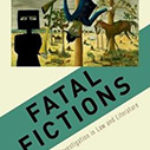