Gendered Asylum – Race And Violence In U.S. Law And Politics

Professor Sara McKinnon’s book, Gendered Asylum, focuses on her examination of the body of U.S. case law on gender-based asylum between the late 1980s and 2012. Specifically, she analyzes decisions produced by the Board of Immigration Appeals, the highest immigration tribunal in the United States, and those generated by the federal Circuit Courts of Appeal.

In doing so, McKinnon draws out several key themes and conclusions, repeatedly highlighting how U.S. adjudicators “otherize” gender-based violence and overlay a racial component to the harm that women asylum seekers have endured. McKinnon seems to see this as part of an effort, whether conscious or not, to position the United States as a place free of gender-based violence, and further, as a global moral authority on women’s human rights.

She also dives deeply into an analysis of the case law surrounding asylum granted for individuals who opposed coercive population control policies in China, known as the “one child policy.” She astutely points out that many more men than women have benefitted from a special provision created by Congress in 1996 in our asylum law – recognizing that opposition to such a policy constitutes a political opinion, and persecution for such opposition thus is grounds for asylum. Indeed, many of the women who themselves have been subjected to forcible insertions of inter-uterine devices, forced abortions, or other harms, have not even been physically present in the United States when their partners have been granted asylum on the basis of the suffering directly perpetrated on those female bodies.

As a practicing attorney and specialist in gender-based asylum cases, rather than a rhetorical expert, my expertise is in how to successfully present gender-based claims in immigration court. And in many ways, I agree with what Professor McKinnon has concluded from her reading of the case law. I agree, for example, that adjudicators seem to more easily grant asylum when the harm from which the asylum seeker has fled, and indeed the persecutors themselves, seem more “foreign” and different than whatever can be understood as “mainstream” U.S. culture. I have always found, for example, that survivors of female genital cutting from sub-Saharan Africa face far less scrutiny, questioning, doubt, or concern from the judges before whom I have appeared — judges who are largely older white, American-born men — than is the case with asylum seekers who are survivors of domestic violence. This is of course understandable; although female genital cutting occurs in the United States, that fact is little known and its practice less prevalent than domestic violence, which regularly occurs across the country. Thus, judges likely find it easier to open the doors to protect an individual from a practice seen as “foreign” and “barbaric,” than from violence which routinely occurs on our shores.

The author also notes several instances in the case law where an adjudicator essentially denies asylum protection because the judge does not perceive the applicant to present as being “gay enough.” She also notes instances when adjudicators assessing the claims of lesbian women seeking protection, fail to recognize heterosexual marriage as a “question of force or convenience, rather than desire.”

I would go further and posit that these shortsighted adjudications of LGBT claims are due to a problem that plagues the immigration court system – namely neither comprehensive nor regular training for immigration judges on issues of gender or cultural sensitivity, among many other topics. As has been noted repeatedly in reports by Human Rights First and others, the Executive Office of Immigration Review, housed in the Department of Justice, is woefully underfunded and staffed. This has numerous effects, including overburdened immigration court dockets, and a lack of regular training or even an annual conference for immigration judges.  These failings contribute not only to striking disparities in grant rates for asylum nationwide, but also to the more than 533,000 case backlog which currently exists.  In contrast, the Asylum Office, within the United States Citizenship and Immigration Service, in the Department of Homeland Security, produces written guidance for its asylum officers, who also adjudicate asylum claims.  Along with an intensive orientation and regular weekly training updates, this office prepares its officers with a more nuanced understanding of the asylum applicants who appear before them.

In her conclusion, McKinnon alludes to an “evolving understanding of gender as a legal concept” and to the potential for changing attitudes and the reception of asylum seekers with gender-based claims in need of protection. This has already been borne out. Professor McKinnon concluded her analysis of the case law in 2012.  In 2014, the Board of Immigration Appeals issued a long-awaited and progressive decision, in Matter of A-R-C-G-, finally recognizing asylum protection for a Guatemalan woman fleeing domestic violence at the hands of her husband. This decision came only after almost two decades, when other high profile cases such as Matter of R-A- and Matter of L-R, were fought and won — but without the issuance of a precedent decision to bind immigration courts and asylum offices throughout the nation. With the A-R-C-G- case, the Board finally gave that guidance to adjudicators across the country, who now grant asylum to individuals fleeing domestic violence on a somewhat routine basis.

A shortcoming in Professor McKinnon’s study is that she analyzes only decisions rendered at the appellate level of the asylum adjudication system. These decisions are the most readily available, as there is no comprehensive database of the asylum grants rendered by asylum officers (as no written explanatory decision is issued to the applicant or the attorney, regardless of whether the case is granted or referred to immigration court).  Nor is there a systematic database of the decisions rendered by judges in immigration court. This despite the fact that the bulk of the decision-making on gender-based cases is in fact done by these judges and asylum officers, and what happens daily in the asylum office and on the trial court level is not always reflected by the BIA or the appellate courts.

In the future, perhaps McKinnon could partner with the Center for Gender and Refugee Studies (CGRS) at the University of California – Hastings School of Law in San Francisco, which maintains a nationwide database of decisions gleaned from attorneys to whom they have rendered technical assistance in gender-based cases. The work of CGRS in the past has resulted in fascinating and very helpful analyses of trends in adjudication in gender-based asylum nationwide that could potentially call into question or perhaps further substantiate McKinnon’s conclusions.

It is heartening to see academics such as Sara McKinnon meaningfully wrestling with the institution of gender-based asylum in the United States, and I welcome her work and that of others in the field, which can serve to bolster and inform the work of attorneys like myself, and my students, in successfully presenting and litigating these claims.

Lindsay M. Harris is an Assistant Professor of Law teaching in the Immigration and Human Rights Clinic at the University of the District of Columbia’s David A. Clarke School of Law. 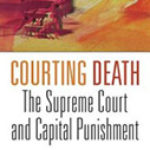 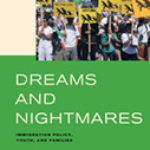