Although the title’s claim is a bit of an exaggeration—the 1924 case did not change criminal justice immediately—the story of Ziang Sung Wan[i] does include the roots of the constitutional issues that would be articulated by the Supreme Court in Miranda v. Arizona (1966). It provided the Supreme Court with an early opportunity to consider the question of whether coerced confessions violated the constitution’s ban on self-incrimination and were therefore inadmissible in court.

Scott Seligman, who has written several books about the Chinese experience in the United States, unearthed a great deal of information about the widely publicized murder of three diplomats from China in January 1919.  All three were shot to death at the Chinese Educational Mission in Washington D.C. Wan, who was acquainted with the victims, quickly became a suspect. At the time, he suffered from a severe case of influenza and left Washington for New York shortly after the murders. He returned voluntarily to meet with police. They questioned him and his brother relentlessly for over a week, sometimes depriving them of food or sleep. Wan eventually admitted to being present at the murders. He was then arrested and shortly thereafter confessed to one of the killings. Although he later recanted the confession, Wan was charged with all three murders—a crime carrying the death penalty. At trial, the jury found him guilty after a 30-minute deliberation and the judge sentenced him to be hanged. With friends who provided the funds to hire exceptional lawyers, Wan appealed on the grounds that his confession had been coerced under torture. Four years later, the Supreme Court heard his appeal and in a unanimous opinion written by Justice Louis Brandeis, they ordered a new trial. Wan was retried twice in 1926. Both juries failed to reach a verdict. Finally, almost seven years after the crime, the prosecution dropped the case and Wan was released from prison where he had been held since 1919. No one else was ever arrested for the triple murder. The crime was never solved.

Seligman offers a theory about the murder, but aside from the “who done it” aspects of the book, the real story is in the development of constitutional law. In his opinion in Ziang Sung Wan v. United States, Justice Brandeis recounted the suffering Wan endured during the police interrogation. After days of questioning in custody, he was taken to the scene of the crime (despite his weakness from the flu), forced to examine every inch of the building, and interrogated there for ten hours without a break. By the time Wan confessed, a doctor noted that he was so weak and sick he would have done anything to stop the torture. The heart of the Court’s decision was that although Wan’s confession had not been the result of a promise or a threat, neither could it be considered “voluntary.”  Any admission of guilt that resulted from compulsion, Brandeis wrote, must be excluded from the evidence admissible in court. Voluntariness would be determined based on the totality of the circumstances. The rule may have been clearly stated, but deciding whether a suspect had been improperly coerced by looking at the total picture became a challenge. Thus, there were a number of subsequent cases where the Court attempted to clarify the standard and there is no doubt that police continued to engage in brutal interrogation practices.

The Wickersham Commission, appointed by President Herbert Hoover in 1929 was given the charge of identifying the causes of crime and recommending policies for reducing it. Perhaps the most noteworthy volume of the report focused on “Lawlessness in Law Enforcement” and detailed the use of the “third degree” (coercive interrogation procedures) by police departments across the country. Some of the methods discussed constituted outright torture. Such behavior conflicted with basic rights: that people should not be compelled to testify against themselves and that such compelled testimony was not admissible in court. The practices were not only widespread but they were particularly prevalent when the suspect was a young male from a racial minority group. The 1936 case, Brown v. Mississippi provided a gruesome example. A group of young African American men were tortured into falsely confessing to the murder of a white man. The “confessions” were the only evidence against them, yet a jury found them guilty and sentenced them to death. The use of force to compel confessions was so common in the rural south that a sheriff’s deputy proudly admitted to it during the trial. Although the Supreme Court saved those men from execution, there is little reason to believe that the case halted the use of physical force in other interrogations. Finally, in Miranda v. Arizona, the Court attempted to put a stop to the third degree by ordering law enforcement officers to inform suspects of their right to remain silent and their right to an attorney before a custodial interrogation could begin. Although no one would argue that Miranda ended abusive police practices, it did serve to provide specific guidance about constitutional protection of the accused.

An additional theme that cannot be avoided in the discussion of coerced confessions is the issue of whether “harsh interrogation techniques” such as those used against terrorism suspects can ever be justified. Are only those who enjoy the protection of the US Constitution protected from torture or is it a matter of human rights that apply to all persons, regardless of national affiliation? The author does not delve deeply into that issue, but it looms in the background.

Seligman has attempted a number of things in this relatively short (200 page) book. He not only tells the story of Ziang Sung Wan and his experiences, he connects the case to other historic and legal developments, and he does some additional detective work to try to find out what became of Wan after his final trial.  He also provides a list of “dramatis personae,” an epilogue telling the remaining life stories of the major and minor characters, and a chronology of the events discussed. All of this makes it difficult to categorize the book in any precise way or to identify exactly who the intended audience might be. Nonetheless, it tells a fascinating story and raises some significant questions about the rights and protections of people—especially those regarded as “outsiders”—who are brought into contact with the criminal justice system.

[i] Seligman employs the forms of Chinese names as they were used at the time. Thus Ziang Sung Wan is referred to as “Wan.” 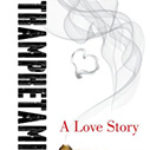 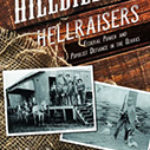