A Knock At Midnight: A Story Of Hope, Justice, And Freedom

A brief summary of A Knock at Midnight would be fairly simple. An African-American girl, Brittany Barnett, grows up in borderline poverty with drug use all around her, including in her own family. In spite of the odds against her, she excels academically. She obtains an undergraduate and master’s degree in business, and achieves at a high level in a corporate business setting. She eventually decides to go to law school and again excels as in-house counsel at a large corporation. Almost in spite of herself, she becomes involved in efforts to mitigate the harm done to persons who are serving unduly harsh sentences for drug possession and distribution.

This book really tells three stories: Barnett’s personal story of accomplishment in overcoming numerous hurdles; the story of a criminal justice system that, at times at least, seems more intent on being punitive than on doing justice; and, the story of the use of the clemency process to mitigate extremely harsh prison sentences.

Brittany Barnett grew up in small Texas towns where racial discrimination in the enforcement of drug laws was rampant. As one of Barnett’s pastors put it, “[i]nstead of hanging Blacks from trees, nowadays they do it in the courtrooms” (38). Although Barnett never got involved in the drug game herself, her high school boyfriend and her brother both dealt drugs. Both of her parents (who split up when Barnett was still a child) became addicted to drugs. Although her mother spent some time in prison because of her drug possession, both parents eventually overcame their addictions.

Along with these negative circumstances, Barnett was also blessed with positive influences and influencers in her life. Some of the latter were family members, but others were people who unexpectedly came into her life. As Barnett puts it “[w]hen I started at Chase [after graduating from college], I met one of the people who I’ve been fortunate to encounter all my life, mentors and friends who guide my path, who nudge me in directions that, once I take them, seemed to be there for me all along” (46). The lady at Chase was an older, single mother of three, who took Barnett in like a mother. She took Barnett to church with her, where one day she heard a sermon that seemed aimed directly at her. It was about cleaning up one’s life, and it stimulated her to break up with her drug-dealing boyfriend, who had also begun to abuse her physically. Another unexpected mentor was Christa Brown-Sanford, a black attorney at Baker Botts who responded to a random email from Barnett and helped prepare her to apply to law school.

Between her first and second years of law school, Barnett received a phone call and a plea for help from the father of one of her good high school friends, Keyon Mitchell. Keyon had undoubtedly sold some drugs. He was a college kid with a bright future ahead of him, but there were things about his case that troubled Barnett.

When Barnett looked into Keyon’s case, she discovered that the police had arrested six of Keyon’s friends on drug charges. The police knew nothing about Keyon. The six friends, who were facing serious charges, told the prosecutor about Keyon, who was convicted solely on the basis of the testimony of these friends. There was no physical evidence connecting Keyon to any drug crimes. He ended up with a life without parole sentence, while his friends received much lower sentences. This struck Barnett as unjust.

After agreeing with Keyon’s family to do what she could for him, Barnett received a call from another friend from her childhood, De-Ann, who had also been imprisoned on drug charges, along with four of her friends. De-Ann’s sentence had been commuted by President Bill Clinton, and she wanted Barnett to help her four friends who remained in prison. It was De-Ann’s case that made Barnett realize that clemency might be a more fruitful way to mitigate the harsh sentences that she observed in Keyon’s case and in the cases of De-Ann’s friends.

As Barnett took on these cases (while working full-time as a corporate lawyer), word circulated about her involvement, and consequently she was asked to take on more cases. The Obama Administration recognized that there were many overly harsh federal drug sentences being meted out. Many of these resulted from mandatory sentencing guidelines. Although the U.S. Supreme Court eventually held that the guidelines were not mandatory (U.S. v. Booker), the Court also held that Booker had no retroactive effect on sentences given before Booker. One logical way to address the many harsh sentences meted out when the sentencing guidelines were mandatory was through the President’s power to commute federal sentences. President Obama established a clemency Initiative and encouraged inmates who believed that they were victims of inappropriately harsh sentences to petition for clemency.

Barnett developed a particular strategy for her clemency petitions. She humanized her clients’ stories and pointed out how their sentences would have been much lower if current sentencing rules had applied in their cases. She described the efforts her clients had made to rehabilitate themselves in prison and, consequently, their low risk to recidivate. She showed that her clients had jobs lined up upon release and presented letters of support for leniency from members of the clients’ local communities. Where possible, she enlisted support from the trial judges and prosecutors – at least to confirm that lower sentences would have been given under current law. And finally, she sought public support through the media.

Eventually, 36,000 people filed clemency petitions under Obama’s Clemency Initiative. Several of Barnett’s clients saw their sentences reduced. In all, 1,716 persons were granted relief through this initiative.

In the course of relating these stories, Barnett documents several problems with the criminal justice system. A recurring issue is overly aggressive tactics by federal prosecutors in drug cases. “Stacking” – the tactic of charging as many offenses as possible in order to increase the potential for a very harsh sentence to bring pressure on defendants to plead guilty – was common in the cases Barnett took on.

Barnett also points out the long-criticized disparity in punishment for distribution of crack cocaine compared to the distribution of powder cocaine. A person who possessed or distributed 100 times as much powder cocaine as crack cocaine could receive the same sentence as the crack cocaine defendant. Although Congress has since reduced this 100:1 ratio dramatically, the change was not made retroactive. In one especially egregious case that Barnett handled, a client’s sentence was enhanced because, although the cocaine she had transported was powder cocaine, the judge ruled that it was reasonably foreseeable that it would be “rocked up,” and the 30 kilograms of powder cocaine that the client had transported (an amount based solely on the testimony of others) would convert to 13.30 kilos of crack.

Perhaps the author’s greatest criticism of the criminal justice system’s treatment of drug offenses is a personal one. As indicated earlier, Barnett’s mother was addicted to drugs. Although her mother was initially given probation for her first offenses, her inability to stop using drugs eventually led to numerous probation violations and then incarceration. Barnett’s criticism concerns the system’s all too frequent punitive approach to drug addiction, rather than trying a treatment approach.

My mother was traumatized from her time in prison, and she should never have been there. She suffered a drug addiction and spent two years of her life locked in a cage because she was sick. Instead of treatment, she received punishment. Her decision to get herself sober while inside was hers alone. We punish addiction in this country, treating it as a moral flaw instead of an illness. Prison does not bring redemption, and it does not cure or treat addiction. That enormous victory belongs to Evelyn Fulbright [Barnett’s mother], not to the institution that tried to break her spirit. My mother got sober despite the suffering she endured in prison, not because of it.

This is a very readable book (although it would have benefited greatly from inclusion of an index). Brittany Barnett has compelling stories to tell, and she tells them well. She raises serious (and perhaps controversial) questions about how responsible people are for their illegal drug distribution activities when they were raised in circumstances where engaging in such actions seems like a reasonable way to extricate themselves from grim economic prospects. This is obviously a perspective that stems from her personal experiences, and they demand serious consideration. She makes the reader care about the plight of her clients, and makes us all aware that our criminal justice system still has much work to do to be a real system of justice. 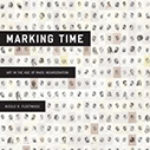