Not long before I joined the faculty of Rutgers Law School in Camden in 1972, the two pieces of Rutgers Law, located in Newark and Camden, were rent asunder to form two distinct Schools, totally disconnected from each other, administratively, physically and ideologically. A few years ago, the cycle of life struck. The twain were reunited into a single powerhouse, but still located at the two ends of the state with ninety miles of Paul Simon’s famous New Jersey Turnpike (and tens of thousands of cars) separating them. I write this slightly convoluted “full disclosure” to explain why I have absolutely no shame in flagrantly praising a colleague’s terrific work in a journal produced on his, not my, campus. If we had shared the same floor of an office building, I am sure that I would have read some of the drafts and felt uncomfortable writing this review. But we don’t; I didn’t read the drafts or discuss them with the author; and I am not uncomfortable. Objectivity reigns.

The premise of writing the book is straightforward. Green observes that, beginning in the latter part of the twentieth century, there came to pass a striking divergence. The law became much more punitive in its approach to nonconsensual sexual conduct. There was a major expansion in the domestic (and I would add international) law in defining rape and other sexual assaults, and in creating or expanding upon offenses of sex trafficking (again nationally and internationally). Completely new offenses such as child grooming and revenge porn gained legislative imprimatur in many places. At the same time, the law became much more permissive in dealing with conduct seen as consensual, notably (partly under the influence of the Model Penal Code which was completed in 1962) abandoning sodomy, fornication and adultery as crimes, even adult pornography. What are the philosophical implications of this divergence? This is the task that Green sets himself. In doing so, he says (p. xiii), “I shall assume that a proper role of the criminal law in a liberal state is to protect individuals in their right not to be subjected to sexual contact against their will, while also safeguarding their right to engage in (private, consensual) sexual conduct in which they do wish to participate.”

I liked the way the book begins with a set of three chapters under the rubric a “conceptual toolbox.” They sketch the landscape significantly right from the start. The first deals with that we categorize as “sexual offense and sexual conduct.” (In the context of “pay[ing] attention to labels” a more abstract version of this theme comes back powerfully in the book’s Conclusion.) The second picks up the author’s basic instinct about bringing together the pair of perhaps awkward companions, “autonomy and consent.” The third addresses the question in the title of the book, “criminalization and liberalism.” A few of my comments on each of the three follow.

The discussion of sexual offense and sexual conduct starts by looking at what existing statutory law characterizes as fitting these categories, but immediately insists that (p. 3) this is “no more than a start.” “It will be necessary to draw out certain salient features that such offenses have in common. These features can then be used as a basis on which to go back and assess whether particular existing offenses are in fact properly thought of as sexual offenses after all. In attempting to develop a coherent and principled understanding of the norms that inform the sexual offenses, it will often be necessary not only to describe the various approaches the law takes but also to advocate for a conception that departs from one or more prevailing formulations.” (Id.) Green teases out a number of implications of this analysis and concludes that there are some offenses that are regularly classified as sexual but which prove upon reflection “to be only contingently so.” (P. 15.) As an example, he opines, “using sex to transmit disease is wrongful, but it is not clear that it is qualitatively worse than doing so by means of a (nonsexual) blood transfusion, provided that neither underlying act is consented to.” (Id.) “Similarly, he suggests, “subjecting animals to sex (i.e., bestiality) often constitutes a kind of animal cruelty, to but it is unclear that such cruelty is qualitatively different from subjecting an animal nonsexual acts of cruelty, such as beating, abandonment, or confinement.” (Id.)

The chapter on autonomy and consent introduces Green’s essential argument that, pursuant to the liberal view of sexual offenses that he espouses, “consent and nonconsent function as the fulcrum around which the decision to criminalize will frequently turn.” (P.19.) Particularly helpful is his understanding of “autonomy” as akin to property, a “bundle” of rights “organized around the idea of securing, for the right of the holder, exclusive possession of, use of. Access to, or control of a resource.” (P. 20.) An important distinction (based on Isaiah Berlin) that has some influence in the later discussion is that between negative and positive autonomy. “Negative autonomy consists of the right not to engage in, or be subject to, on or another form of sexual conduct. Positive autonomy consists of the prima facie right to engage in such conduct.” (P. 21.) Autonomy’s close connection to consent is underscored by Green’s insight (p. 25) that, speaking generally, “sexual autonomy is violated when a person is (1) subjected to nonconsensual sex (usually by another individual), or (2) prevented from engaging in consensual (or possibly aconsensual) sex (typically by operation of law).”

The chapter on criminalization and liberalism underscores Green’s underlying philosophy, especially in his comments about justifying criminalization. He insists that liberalism is, for this project, an assumption which he does not set out to defend in any depth. “Rather, I shall simply assume a version of the liberal stance, one that is influenced by the work of John Stuart Mill, H.L.A. Hart, and especially Joel Feinberg – a stance that reflects a strong presumption in favor of personal liberty and liberal neutrality and against government interference in citizens’ private affairs.” (P. 39, footnote omitted.) It is in this chapter that he also propounds “the sense in which [his] theory is unified.” (P. 44.) He insists (p. 44-5): “Rather than treat government regulation of nonconsensual and consensual conduct separately, as most commentators do, I seek to consider both kinds of conduct as part of a larger whole. Thus, I will try to show how laws that seem to protect people in their negative sexual autonomy can sometimes have the effect of infringing on rights in positive autonomy; and laws that appear at first to entail unjustified government infringement on positive sexual autonomy can, through reconceptualization and ‘narrow tailoring,’ sometimes be justified as protection of negative sexual autonomy.”

Having explained his conceptual toolbox. Green devotes several chapters to a very thorough examination of old and new (and proposed) laws on rape in order to underline the complexities of nonconsensual and unwanted sex. In a section headed “Proving Nonconsent,” Green talks about “rape law commonalties,” “rape as nonconsensual sex,” “rape by deceit” and “rape by coercion”. He then switches to another set of situations, generalized as “presuming nonconsent.” Here he locates “incapacity to consent,” “statutory rape,” and “abuse of position.” His concept of “unwanted sex” is explored further in a chapter on “sexual harassment as crime.” He then turns to a section he calls “assumption of risk” in which he discusses “voyeurism” and “indecent exposure.” Following that is a section of the book on “putatively consensual sex” which analyzes (adult) incest, sadomasochistic assault and prostitution. The substantive part of the volume concludes with two chapters on “aconsensual” sex which discuss bestiality and necrophilia.

Green’s three-page set of Conclusions left me a little mystified. I was hoping for a pithy paragraph or two summarizing the parameters of the “unified theory” promised in the book’s title and described, perhaps a little cryptically, in his chapter on criminalization and liberalism (as noted above). I was waiting for the author to bring together in summary form some of the areas in which he had argued that it played out. (Fearing that summary, or more explanation, had eluded me somehow, I checked the Index for “unified theory.” Alas, there are plenty of entries for “criminalizing” and its cognates, for “sex” and for “liberal,” but nothing for “unified” or “theory.”)

What the reader gets by way of conclusion is something different, but very interesting nonetheless. Green offers five very sensible criteria that should be considered by lawmakers who are (re-)considering the special part of criminal law (the principles are relevant not only to the sexual offenses). The five represent a sort of twenty-first century Benthamite account of principles of legislation. They exhort the reader/legislator specifically to “clarify normative premises,” to “acknowledge gaps in empirical knowledge,” to “think comparatively,” to “recognize that common ends can be achieved by different means” (itself an important feature of the comparative method) and to “pay attention to labels.” By and large Green’s analysis throughout the book is aimed at unpacking the issues that should be faced in crafting solutions, rather than presenting prescriptive results. These principles are all good ones in legislating on the basis of a liberal theory and they are implicit in much of the book’s discussion. Indeed I would have been happy to see a more extensive exegesis of them. Paying attention to labels struck a special chord with me in thinking about three of the issues that Green deals with. He writes (p. 363): “For example, if we classify bestiality, necrophilia, or voyeurism as specifically sexual offenses, we are likely to view them quite differently than if we classify them as generic animal abuse, corpse desecration, or privacy violation offenses, respectively.” He adds, equally tellingly, (id.) that “if we think of incest involving adults and incest involving juveniles as two halves of the same offense, they will look very different than if we view them as involving almost entirely separate forms of conduct.” Classification or characterization are always powerful weapons in the arsenal of legal analysis and it is good to be reminded of this from time to time.

Criminalizing Sex treats the subjects with which it deals exhaustively but not tediously. It comes at a time when the American Law Institute is bogged down in its project revising the sexual offenses sections in the 1962 Model Penal Code. The MPC sexual offense provisions were, unlike the Code’s provisions on homosexuality, fornication and adultery (and even its ambivalent steps towards the abolition of capital punishment), decidedly not progressive. A good example of codification of existing provisions rather than the progressive development that characterized much of the Code. Those provisions had little impact on legislation in the 1970s, even as much of the Code became law in close to forty states. The current ALI Reporters are facing pushback from a significant section of the membership on basic issues such as the definition of consent and the necessary culpability/mens rea standards in relation to the various proposed offenses. Green manages to get in several useful references to the ongoing ALI effort, but he is dealing inevitably with a shifting target. He did as well as could be done with this material. But the principles he offers are relevant to that ongoing saga.

This is a very carefully-researched and elegantly written work, a blockbuster of its philosophical genre. It is a good read. I hope that it receives the wide attention of scholars and legislators that it deserves. 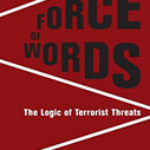 Force Of Words: The Logic Of Terrorist ThreatsBooks, Full Reviews 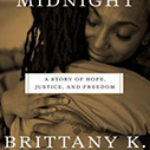 A Knock At Midnight: A Story Of Hope, Justice, And FreedomBooks, Full Reviews