Force Of Words: The Logic Of Terrorist Threats

Perhaps no subject has drawn as much interest from security studies scholars in recent years as non-state terrorism. There is good reason for this scrutiny. Over the past two decades, extremist groups including the Islamic State, al-Qaeda, Taliban, Boko Haram, and al-Shabaab have influenced the policies of powerful governments and inflicted horrific suffering on civilians. More recently in the United States, white-nationalist extremists have initiated a sustained terrorist campaign in an effort to destabilize American democratic institutions. Due to the threat posed by extremist organizations, policy analysts and academics have made understanding the strategic behavior of violent non-state actors a priority.

The academic study of terrorism has advanced considerably in the decades since the 9/11 attacks; however, a number of important topics remain overlooked. In Force of Words: The Logic of Terrorist Threats, Joseph M. Brown addresses one of these outstanding issues– namely, the reasons terrorist groups sometimes issue threats prior to carrying out their attacks. While this may seem like a niche topic at first glance, Brown’s book offers a sweeping examination of the strategy of terrorism and the many ways in which extremist groups use terrorism in an effort to influence governments and civilians.

To understand why Force of Words should be essential reading for both security studies experts and counterterrorism practitioners, it is essential first to review what terrorism is and where academic assessment of terrorism presently falls short. With some caveats, most analysts agree that non-state terrorism is the use or threat of violence against civilians to achieve a political or social objective by influencing government officials or segments of the population. Thus, most academics consider terrorist violence a form of strategic communication. In this formulation, the violence that terrorist groups carry out is seen as a signal to demonstrate extremist groups’ strength and commitment to wider audiences, who themselves are not the victims of attacks.

Although terrorism is widely considered to be a form of communication, research examining terrorism has largely overlooked signaling while focusing more extensively on the various characteristics of terrorist incidents and perpetrators. Thus, there has been intense focus on how attacks are carried out, the targets and timing of attacks, and the attributes of perpetrators. This emphasis on terrorist tactics is not surprising. It is a relatively straightforward task to determine the targets of terrorist incidents and the means used to carry out attacks. It is much more difficult, however, to identify whom terrorists seek to influence and what they seek to achieve through their violence.

In Force of Words, Brown investigates the murky world of terrorist signaling using several clever theoretical and methodological innovations. Most importantly, Brown analyzes extremist groups’ strategic use of terrorism, examining when, how, and why groups make threats prior to attacks. As Brown astutely notes: “We require a direct investigation of threats in order to grasp the coercive logic of terrorism.”

Brown classifies terrorist threats into four categories: 1) warnings; 2) pledges; 3) hoaxes; and 4) bluffs. Warnings and pledges involve threats that are fulfilled—that is, instances in which terrorist attacks are carried out following threats. In Brown’s framework, warnings are distinct from pledges because they threaten immediate violence; pledges threaten violence in the indeterminate future. Conversely, hoaxes and bluffs consist of threats that are never carried out. Hoaxes, like warnings, involve threats of imminent attacks while bluffs are more general threats that are never executed. This taxonomy of threats is a useful conceptual tool; it reveals the complex nature of terrorist signaling. Readers unfamiliar with the literature on terrorism, signaling, and audiences should review carefully the introductory chapters of Force of Words before moving on to Brown’s empirical chapters.

After developing a conceptual framework of terrorist threats, Brown explains the various goals extremist groups pursue using different types of threats. Brown argues that warnings are most likely to be used by groups seeking to communicate restraint and legitimacy. While some observers may view terrorist violence as indiscriminate, Brown notes that many groups want to avoid harming civilians. Instead, they use terrorism to disseminate their message without causing large scale civilian casualties. In effect, warnings allow extremists to signal restraint to civilian audiences while simultaneously communicating their grievances to the government. For instance, the Provisional Irish Republican Army (IRA) often used warnings to minimize civilian casualties—which could have delegitimized the group—while simultaneously signaling its commitment to Northern Irish independence to the British government. Brown refers to terrorist warnings that signal different messages to different audiences as “signal splitting.” While analysts have long acknowledged that a single terrorist incident or campaign can send different signals to multiples audiences, Force of Words contains the most developed examination of this phenomenon to date.

Whereas warnings are used by groups to gain or maintain support from civilians, Brown argues that pledges and bluffs often are used by extremists that seek to control the behavior of segments of the population. Many extremist groups use terrorism not to influence government policies, but in an effort to socially control civilians. This is often a goal of insurgent groups that occupy territory. For example, when the Islamic State controlled the city of Mosul in Iraq, much of its terrorism was intended to influence the behavior of Mosul’s civilians to make them adhere to the group’s fundamentalist interpretation of Sharia law. Brown notes that groups that fulfill terrorist pledges increase the credibility of their future threats. Conversely, groups that bluff too frequently are likely to see their reputations suffer.

Finally, Brown argues that extremists use terrorist hoaxes to distract police, shut down commercial activity, and cause governments to expend resources. Hoaxes thus represent a low cost tactic that can cause significant economic disruption without the risk of casualties. In an interview Brown conducted with a former IRA member, the erstwhile insurgent notes that hoaxes could also augment the influence of executed attacks: “you could cause major disruption: traffic disruption, business disruption, you would treble the effect of just planting one bomb by issuing other hoaxes at the same time.”

The theoretical framework developed in Force of Words is detailed and comprehensive. Indeed, if the book were limited only to its theory-building elements, it would constitute a major contribution to the literature on terrorism. However, Brown does far more than simply advance hypotheses. After laying out the book’s theoretical architecture, Brown tests the book’s claims using both meticulous qualitative work—including interviews with both former members of militant groups and government security officials—and cutting-edge statistical methods.

The qualitative chapters of Force of Words consist of both single and comparative case studies examining a variety of extremist groups. Brown’s most thorough case study assesses the threats made by the IRA during The Troubles. Although the IRA has been previously scrutinized by academics, Brown’s treatment of the group is novel due to the focus on the signaling underlying the IRA’s threats. Thus, Brown does not retread old ground, but offers a new look at IRA tactics and strategy. Additionally, Brown’s prose—while dealing with the complex and nuanced issues of the IRA’s multiple audiences and “signal splitting” efforts—is crisp, readable, and well-paced.

Following the examination of the IRA, the subsequent chapters in Force of Words are structured as comparative case studies used to test aspects of Brown’s theory. Brown contrasts the threats made by ETA with the those of the Tamil Tigers; Shining Path’s threats are compared to those made by the Túpac Amaru Revolutionary Movement (MRTA); and Boko Haram’s threats are contrasted with those of the Islamic State and Taliban.

Among the most interesting of these comparisons is the example of Peru. Because Shining Path and MRTA were both Marxist groups active in Peru over roughly the same period, they represent an ideal case to compare variation in the types of threats issued by extremists. Brown argues that because the MRTA did not control territory and was largely an urban-based insurgency, the group needed support from civilians in Peruvian cities. For this reason, the group frequently used warnings and hoaxes to maximize publicity while minimizing civilian casualties. By contrast, Shining Path was a rural organization that used terrorism to intimidate and control civilians and destabilize the state. Indeed, because Shining Path was not concerned about causing civilian casualties, the group had little use for issuing warnings or hoaxes. The contrast that Brown draws between the terrorist signaling used by Shining Path and MRTA is instructive, and provides strong support for the broader theory laid out in Force of Words.

While much of Force of Words uses qualitative evidence to support its arguments, the book’s penultimate chapter consists of a statistical test of two of Brown’s central hypotheses: 1) warnings are more likely when terrorist groups seek legitimacy; 2) warnings are more likely when extremists want to increase economic disruption. To test these assertions, Brown creates a new dataset of warnings. Beginning with data on terrorist bombings from the Global Terrorism Database (GTD), Brown supplements GTD data by identifying incidents when warnings were issued by extremist groups. This represents a major data collection effort.

Using a series of well-designed statistical models, Brown finds that groups that possess territory are less likely to issue warnings before bombing attacks. Brown also observes that insurgent groups battling democratic governments are more likely to make warnings prior to carrying out bombings. Both these results support key claims made in Force of Words. Brown’s statistical analysis also shows that groups seeking to cause economic damage are more likely to broadcast warnings. Interestingly, Brown’s model suggests that factors such as ideology and religious motivation have little influence on whether groups issue warnings prior to carrying out bombings. Overall, Brown’s quantitative work provides strong supporting evidence for several of the book’s central claims.

In conclusion, Force of Words represents a major achievement. It is unquestionably the most sophisticated assessment of terrorist threats to date. The book also stands as a leading work in the area of terrorist signaling—an important but often overlooked aspect of extremist violence. At its core, Force of Words is not simply a book about terrorist tactics and targeting. Rather, it is a discerning examination of extremist groups’ specific goals that demonstrates how radical organizations use violence and threats of violence to try to influence civilians and governments. For these reasons, the book is a must-read for anyone interested in non-state terrorism. 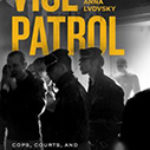