A Place Outside the Law: Forgotten Voices from Guantánamo

Twenty years ago, 19 members of the al Qaeda terrorist group hijacked four passenger aircraft and used three of them to destroy the North and South Towers of the World Trade Center and to damage the Pentagon. The fourth plane is believed to have been targeting either the White House or the U.S. Capitol but crashed in Pennsylvania after the passengers tried to take back control. In short order, Congress authorized President George W. Bush to use military force against al Qaeda and the Taliban rulers of Afghanistan, who were harboring the terrorist group. Within a few months, the United States military had sent the first batch of captured detainees to the U.S. naval base on Guantánamo Bay, Cuba.

Over the past two decades, numerous law review articles and books have analyzed the variety of resulting legal issues raised by the Bush Administration’s treatment of detainees, including (1) indefinite detention without charges, (2) coercive interrogations, (3) denial of prisoner of war status, (4) ad hoc military trials with arguably flawed procedures, and (5) congressional efforts to strip or limit federal court jurisdiction over detainee cases.

Peter Jan Honigsberg’s A Place Outside the Law: Voices from Guantánamo differs from those other works in that the focus here is on the detention facility’s actual impact on human beings. The book grew out of Witness to Guantánamo, a documentary project in which Honingsberg and his assistants video recorded interviews of 158 subjects over an eleven-year period (2009-2019). The 27 chapters of this book were drawn from a subset of those interviews, with the consent of those selected subjects.

Given the topic, perhaps the most obvious draw would be chapters focusing on the captured detainees, to gain an unfiltered account of life at Guantánamo Bay. Here, Honigsberg does not disappoint. In fact, one of the first chapters provides an anecdote (from multiple detainees) that in many ways encapsulates the callous (mis)treatment inflicted upon the detainees: during the eighteen hour flight from Afghanistan to Cuba, they were secured in place, with hands shackled at their waists; they were provided peanut butter and jelly sandwiches to eat, except the sandwiches were placed in their hands. One detainee reported that a guard came by later, saw that the sandwich was still uneaten in his hands, and took the sandwich to throw away because it was apparently unwanted (p. 20-21).

As would be expected, several of the chapters cover the experiences of detainees. Rather than present the detainee stories chronologically, Honigsberg organizes them thematically. This editorial decision allows him to show that the detainees were not a monolithic group of “the worst of the worst” as then-Defense Secretary Donald Rumsfeld once asserted. For example, a small number of detainees at Guantánamo were Uighurs – a Muslim ethnic minority in China (as distinct from the Hui, who are Chinese Han Muslims). Although the Chinese government’s oppression of the Uighurs has garnered some attention in the United States now, in the period just after 9/11, the Bush Administration was content to accept China’s designation of them as terrorists. As a result, 22 Uighurs who were living in Afghanistan or just on the other side of the border in Pakistan were captured and sent to Guantánamo. In fact, however, the Uighurs had nothing to do with the Taliban or al Qaeda; they were simply pawns in China’s effort to take advantage of the Bush Administration’s “global war on terrorism.” Honigsberg’s account of the Uighur’s plight also explains why it took the Obama Administration so much time and effort to relocate them after they had been cleared for release years ago; due to pressure from the Chinese government, few countries were willing to accept the Uighurs, and the United States did not want to return them to China for fear they would be tortured or executed. Then, some of the countries that were willing to accept them were tropical island nations – but after so many years on Cuba, several of the Uighurs wanted a completely different environment (34-38). Yet, curiously, a subsequent chapter about one Uighur detainee is titled, “Guantánamo saved my life” (110-11), showing that even among one discrete group there were different perceptions of the experience.

Other detainee chapters focus on the particular sufferings inflicted by the American captors. Psychological torture ranged from crushing all hope of an end to the detention, to providing letters from home that were completely redacted, to mocking Islam, and more (142-58). Solitary confinement, which could be considered another form of psychological torture, merits its own chapter due to its widespread use at Guantánamo. Besides physical isolation, some detainees were subjected to linguistic isolation; they weren’t alone, but they didn’t speak a common language with the others. Physically, they were with other people; socially, they were alone (159-70). Although the mistreatment of detainees had been reported in the mainstream media, it is a sobering experience to read the personal accounts of pain and misery.

Beyond the detainees, there were many other people who were impacted directly or indirectly by Guantánamo. A Place Outside the Law tells their stories too.

Some of the earliest information about what was happening at Guantánamo came from American military personnel who felt a moral obligation to reveal the truth – and sometimes paid a heavy price. For example, Judge Advocate General lawyer Matt Diaz, then serving as a deputy legal adviser at Guantánamo, learned that a human rights group was seeking an official list of detainees being held at the base. The chapter on Diaz walks the reader through the JAG lawyer’s internal conflict between following orders to keep the list classified versus doing what he thought was right. He chose the latter, and was later court-martialed (26-32). Similarly, upon discovering the enhanced interrogation tactics being used at Guantánamo, U.S. Navy General Counsel Alberto Mora briefed the Defense Department’s General Counsel, expecting that this would put an end to a “mistake,” only to realize later that the mistreatment was intentional, not inadvertent, and that efforts to end the abusive interrogations were futile (139-41).

Lawyers had a front row seat to what was happening at Guantánamo. Those representing detainees (either in habeas proceedings to challenge their detention, or in military commissions) had to endure seemingly arbitrary delays – sometimes lasting days – and other bureaucratic obstacles just to see their clients, only to find that their clients distrusted them. In some instances, the distrust was amplified, if not caused outright, by the fact that interrogators would pretend to be lawyers. In other instances, the distrust stemmed from the fact that the lawyers were forbidden to speak about classified matters, such as detainee suicides, even though the detainees were well aware of such incidents; as a result, the detainees felt the lawyers were hiding things from them (53-58). Even the lawyers were not immune to the Defense Department’s propaganda about the detainees being the worst of the worst. One JAG lawyer assigned to represent a detainee candidly admits initially fearing her client (having been told that he was a vicious terrorist), but becoming more and more skeptical of the prosecution’s assessment of him, culminating in her attempt to understand the war crime that her client was being charged with: “I’m waiting for a war crime, and all I see is this one long conspiracy…It made no sense to me. And then at the very end, it said that he was apprehended at Karachi Airport going back to London.”

Some military prosecutors had changes of heart, too. One profiled in the book served a tour of duty in Iraq, then became a hard-charging Guantánamo prosecutor. He was assigned a seemingly slam-dunk case where the detainee had signed a confession. Then the defense lawyer pointed out that the detainee was illiterate and did not even speak the language in which the confession had been written. The prosecutor had a crisis of faith and ended up “resigning from his position…and denouncing the military commission process.” The military in turn placed him under house arrest. Eventually, he was honorably discharged and became a part-time public defender (76-78).

The detainees’ families also suffered because of Guantánamo. Some of them were ostracized by their community because they were associated with suspected terrorists. Some women were forced to become single parents and to find work to support their families. The father of David Hicks, an Australian man captured in Afghanistan, built a steel cage the same size as his son’s detention cell and traveled the country inside – later, coming to New York and sitting in the cage (127-36).

Although no one in the book provides a strong affirmative defense of Guantánamo Bay, there are some surprising stories from former prison guards. One became Facebook friends with three former detainees and even had a physical reunion with them years later. Another began learning about Islam from his captives and decided to convert himself because he wanted the same spiritual peace that they exhibited (71-75).

Ultimately, the Bush Administration’s decision to house detainees at Guantánamo Bay and its subsequent efforts to shield its actions from judicial scrutiny gave rise to important legal questions about the rule of law, separation of powers, and human rights. The Supreme Court decided three Guantánamo-related cases in four years – Rasul v. Bush (2004); Hamdan v. Rumsfeld (2006); and Boumedienne v. Bush (2008). And Congress enacted two pieces of major legislation, the Detainee Treatment Act of 2005 and the Military Commissions Act of 2006. As fascinating and important as the legal issues can be, however, it is useful to remember that cases involve real people whose lives can and often are changed for better or worse as a result. By providing a platform for those affected by the detention policies and practices to speak about their experiences, A Place Outside the Law provides information from which the reader can ponder not just the legality of detention at Guantánamo but also the wisdom of how detainees were treated there. Because Honingsberg followed up with so many of the subjects profiled in the book, the reader learns about the long-term impact that Guantánamo had on so many different people – detainees, their family members, guards, defense lawyers, military prosecutors, and translators. With the recent capture of Afghanistan by the Taliban following the summer 2021 withdrawal of U.S. forces, there is a concern that the country will once again be used as a staging group for international terrorism. If so, the American leaders called upon to formulate the nation’s response to those threats would be well-advised to read A Place Outside the Law. 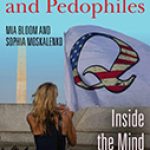 Pastels and Pedophiles: Inside the Mind of QAnonBooks, Full Reviews 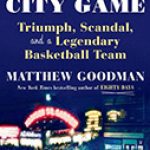