The City Game: Triumph, Scandal, and a Legendary Basketball Team

New York City sports fans of a certain provenance, vanishing by the day, cherish the City College “Grand Slam” team of 1950. The CCNY Beavers were the first and only team to win the NCAA and NIT basketball tournaments in a single season — a feat that thanks to a subsequent rule prohibiting participation in both, will never be repeated. But the team was special for reasons that extended well beyond their play on the court. At a moment when whites dominated the game, with no African Americans on any roster in the National Basketball Association, and the clowning Harlem Globetrotters the only remunerative opportunity for players of color, the City College starting five of two Blacks and three Jews symbolized a new, inclusive America, the postwar pluralist dream of equal opportunity and merit come to life. CCNY’s victories over teams such as Kentucky, North Carolina State, and Bradley – hinterland squads with hinterland values, personnel, and even styles of play – were hailed as triumphs akin to those over fascism and racism on the battlefields of Europe and the Pacific. The star players represented the hope of an open and harmonious national future. They were a great sports story and a great American story.

But less than a year after they walked off the Madison Square Garden court as champions, all five players were implicated in a point-shaving scheme. All had been paid by gamblers to limit CCNY’s margin of victory in order to insure winning bets. All admitted their guilt, and the four remaining on campus were dismissed from school. Two received prison terms.

The degree of disillusionment and sense of betrayal that the arrests and confessions engendered in the city cannot be overstated. The CCNY players were transformed from heroes and role models to grifters and lowlifes in the blink of an eye. They bore the stigmata of their choices for the remainder of their lives. But as Matthew Goodman recounts in The City Game, his definitive study of the tragic affair, the sins of the players were dwarfed by those of gamblers, bookmakers, policemen, politicians, arena executives, and even coaches and college administrators, all of whom contributed to a web of corruption that stretched from street corners, candy stores, and taverns to the highest echelons of civic life.

Mid-century New York was a city on the take. Bribery and protection money were the ubiquitous grease on the levers of its political and economic systems. Whether it was payoffs on the docks, kickbacks to building inspectors, or, as in the case of the CCNY five and virtually every other top metropolitan basketball team, point-shaving bribes from underworld figures, the city ran on illicit cash.

From a contemporary perspective, it is difficult to understand why a group of twenty-year-olds with bright professional futures would barter them away for the proverbial thirty pieces of silver. But from the vantage point of the players, it all made a brutal sort of sense. They were making money for everyone but themselves. Madison Square Garden was bringing in hundreds of thousands of dollars a year in ticket revenues from their sold-out games. City College’s share of that revenue was enriching its athletic department. CCNY head coach Nat Holman lived in luxury on New York’s Upper East Side as his portion of the reward for his players’ efforts. Local newspapers and radio stations capitalized on the interest CCNY games generated to build up their bottom lines. Law enforcement officials were paid handsomely to look the other way at the bookmaking operations and gambling dens that had sprouted all over the city. And of course, the game fixers – part of a criminal enterprise known as “the Combine” – made millions.

Meanwhile the CCNY players themselves received meal money and expenses (tuition was free to all students at the college) and, if they were fortunate, an ill-paying part-time athletic department job. And virtually every other top college player in the city was taking payoffs to shave points. Why not them? It was wrong, of course, and they knew it. But so much else was wrong in the city. Today, we would call it “systemic” or “structural” corruption. But in 1950, to children of poverty and injustice, it was just the way things were.

Nonetheless, the players could see immediately that the line they had crossed could never be recrossed. A sense of doom pervaded their transactions with gamblers on furtive street corners and in rain-shrouded automobiles. After CCNY star Floyd Lane accepted his first payoff, he rode the subway home to the Bronx. Staring out at the night, in Goodman’s words, “he could see himself reflected in the window, seeming to hang in the air like a ghost looking mournfully back into the lighted car” (238). When Lane arrived at the bleak apartment he shared with his mother, he buried his bribe money in a flower pot, “making sure to smooth out the dirt on top so that no one could tell” (238).

For the players, at the very bottom of the pyramid of dishonesty and greed and the most vulnerable despite their athletic prowess, there would be a swift and decisive reckoning. District Attorneys Miles McDonald and Frank Hogan of Kings and New York Counties, respectively, conducted investigations that led them inexorably to the CCNY players; team members were arrested on the platform of Pennsylvania Station in February 1951 as they returned from a road game. Eventually, some 33 college basketball players, many from New York City schools, were caught up in the game-fixing probe. After confessing, most were given suspended sentences. CCNY’s Al Roth and Ed Warner received six-month jail sentences, and two players from other local universities also went to prison. Most of the City College athletes had been considered NBA prospects. Now all of that was gone, along with their academic careers.

But the real damage done was to reputation and self-worth. Many players withdrew within themselves, haunted by the stares and snickers they encountered as they walked the streets they had once strode through as heroes. Although they were eventually reinstated as students and most went on to productive careers – with Lane returning to the CCNY campus in the 1970s as basketball coach – they lived out their lives knowing how the first line of their obituaries would read.

A number of excellent books have been written about the City College bribery scandal. Goodman’s is the best of them. Restricting it to the category of “sports literature” is akin to categorizing Moby Dick as a book about whaling. Goodman weaves together renderings of on-court action, analysis of the business of New York college basketball, and a step-by-step roadmap of the ways in which power and influence was dispensed, wielded, and misused into a panoramic social portrait of a city where there were two sets of life rules: those that children learned in school books and the ones that really mattered.

The passage of time, along with more lenient mechanisms of social accounting, have softened history’s judgments of the CCNY point-shavers. In 1951 the players were regarded almost uniformly as villains – venal individuals fully responsible for their actions. But today, some seven decades later, in a public culture much more attuned to the systems and structures that determine individual choices and actions, the players appear more victimized than venal. Goodman’s own view is sympathetic to the players, who had little or no control over their immediate circumstances. The power they possessed, such as it was, vanished the moment the buzzer sounded to end their games. But still, their choices were their own. Just before his rueful subway ride home to the Bronx, Floyd Lane had sat in a parked automobile on Broadway and 158th Street with a game fixer who removed fifteen one-hundred-dollar bills from inside one of the sun visors and held them out to him. Layne reached his hand out and took them.

“Men make their own history,” wrote Marx, “but they do not make it as they please; they do not make it under self-selected circumstances, but under circumstances existing already, given and transmitted from the past.” When Floyd Layne held out his hand he made his own history, but one that had already been shaped for him, transmitted from the past. He and his teammates will never escape it. 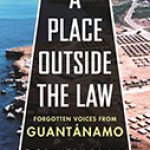 A Place Outside the Law: Forgotten Voices from GuantánamoBooks, Full Reviews 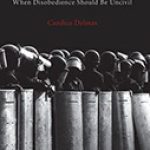 A Duty to Resist: When Disobedience Should be UncivilBooks, Full Reviews