Al Capone And The 1933 World’s Fair: The End Of The Gangster Era In Chicago

“Looking back on history, who has been treated worse, Alphonse Capone, legendary mob boss, killer, and Public Enemy Number One” or Paul Manafort, political operative and Reagan/Dole darling, now serving solitary confinement—although convicted of nothing? Where is Russian Collusion?” (Donald Trump, Twitter, August 1, 2018, 8:45am)

This tweet by the president clearly demonstrates the cultural resilience of one of America’s most iconic gangsters, Alphonse Capone. There have been at last count, 19 movies, 17 actors, and innumerable books that have chronicled the life of this renowned, infamous, charismatic, and most denigrated gangster. His WIKIPEDIA citation has 119 footnotes alone, each representing a definitive piece of his life.

Insofar as there are a number of other authors and researchers who have treated Capone’s life and travails in a far more scholarly and intimate fashion (e.g., Russo, Eig, Bergreen, Pasley), William Elliott Hazelgrove does provide some cosmetic insights into the politics of Prohibition— those who imported, distributed, and profited from alcohol and the ancillary industries that flourished as a result of its illegality.

Much like today’s “war on drugs” that has resulted in violence, corruption, and a host of social problems that have been addressed with an “axe rather than a scalpel,” Prohibition proved to be resistant to the criminal sanction, regardless of the honorable intent of its’ originators. As Hazelgrove points out, “[i]n Capone’s view, the logic of Prohibition was all semantics. If you poured a drink up on the North Shore (of Chicago)…you were providing hospitality. If you poured a drink in a speakeasy, you were bootlegging. Most of the deaths in Chicago were the result of drinking denatured alcohol laced with antifreeze or straight wood alcohol” (p. 5). Of course, America’s fixation with Prohibition was a consequence of a nation “awash with immigrants…pouring into Ellis Island like a fire hose spouting dirty water…destroying American culture…the Irish and Italians were the worst,” according to Henry Cabot Lodge, one of America’s ardent keepers of cultural purity (p.3).

Indeed, Capone saw the hypocrisy in both the laws against Prohibition and a discriminatory criminal justice system that arrested, indicted and imprisoned those that supplied America’s upper crust, the genteel class, with a product that was supplied by these marginalized immigrants. Making “$100 million a year in cold, hard cash…[Capone] had set the world on edge” (p.40). Here was a man who “would change dress, media, movies, speech, politics, drinking, and income tax law…chosen as Time’s Man of the Year…appear(ing) on the magazine’s cover” (p.37). Ultimately, however, Al Capone was convicted of tax evasion, unsuccessfully appealed his conviction to the United States Supreme Court, and was sentenced to 11 years in prison and a $50,000 fine.

Spending an inordinate amount of time describing the architectural, engineering, and mechanical feats that would be invented to bring the World’s Fair of 1933 to a bankrupt city, Hazelgrove nonetheless makes a compelling argument that “scapegoating” Capone for the fiscal ills of both Chicago and the United States (following the Great Depression) was nothing more than a distraction from the greater economic calamities that had undermined American capitalism. A city plagued by 250 gangsters being killed in a four-year period, Chicago was far from a welcoming city to tourists who would venture to witness the most amazing world class structures that were constructed to promote the 1933 World’s Fair. Something had to be done.

Leveraging the City’s relationship with Charles Dawes, a Chicagoan who was President Calvin Coolidge’s vice president, corporations, businessmen, and financial institutions were encouraged to make what would be postured as investments to preclude a Bolshevik revolution. Patronage of course prevailed, and Dawes had his brother Rufus appointed the czar, overseeing the construction and ultimate operations of the World’s Fair.

More interesting however, and an issue that is not explored by Hazelgrove, was Dawes’ litany of questionable financial shenanigans that challenged both his moral and ethical probity and ultimately his character and integrity. Hazelgrove seems to conveniently ignore the dark side of Dawes in an effort to bolster his fundamental belief that the 1933 World Fair was the precursor to “the end of the gangster era in Chicago.”

Hazelgrove’s treatment of Capone and his exploits is used in large part to supplement a historical, entrepreneurial, and industrial accounting of the 1933 World Fair. Placing this herculean effort in the context of the Great Depression of 1929, Hazelgrove attempts to demonstrate yet another poignant example of how organized crime, political machines, and big business often overlap and conflate with the administration of justice.

More importantly, however, Hazelgrove, intentionally I suspect, provides a thoughtful comparison between the xenophobia of yesterday with what is consuming American society today. Citing the president’s name several times, it is quite apparent that Hazelgrove recognizes history’s recurring theme: no matter how the names may change, the game remains the same — namely, blame outsiders for what are clearly systemic flaws in our system of justice.

Bergreen, Laurence. 1994. Capone: The Man and the Era. New York: Simon and Schuster.

Russo, Gus. 2001. The Outfit: The Role of Chicago’s Underworld in the Shaping of Modern America. New York: Bloomsbury. 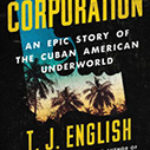 The Corporation: An Epic Story Of The Cuban American UnderworldBooks, Full Reviews 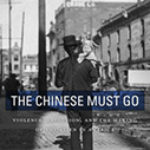 The Chinese Must Go: Violence, Exclusion, And The Making Of The Alien In AmericaBooks, Full Reviews