The Chinese Must Go: Violence, Exclusion, And The Making Of The Alien In America

What else is there left, could there be left, to be written about the Chinese Exclusion Act of 1882? Countless books and articles have addressed that event, which is foundational in immigration policy, Asian Pacific American legal history, and the rise of federal criminal law enforcement. It turns out, though, that the topic has hardly been exhausted. By carefully examining the social context, legislative debates, and immigration records, Beth Lew-Williams’ book offers original and important insights.

The basic background is familiar. China had not traditionally been a nation of emigration. But western powers, through arm-twisting treaties, opened up China to international trade. When the Chinese government resisted, such as by trying to restrict U.S. and British imports of opium into their country, they were met with force (indeed Britain got Hong Kong in the Opium War, which resulted in the maintenance of free trade in the substance). The relationship had important criminal justice implications. Although Chinese in the United States were subject to U.S. law, U.S. citizens in China, like citizens of other western powers, were not subject to the Chinese legal system. The combination of new channels of international commerce and weakening of the Chinese government by outside powers led to turmoil and migration, including to the United States. In the latter part of the 19th century, if the United States was to regulate this immigration, there would have to be innovation; there was no general numerical limitation on the number of immigrants to the United States until 1921, and in fact not much federal immigration law at all until 1875.

One contribution of this book is to focus precisely on the terms and effects of the 1882 exclusion law and its amendments. The author makes a powerful case that the first act has been misunderstood. It was called, in contemporary press accounts and court decisions, the “Chinese Restriction Act,” not the Chinese Exclusion Act. The term “Chinese Exclusion Act” was associated only with an 1888 amendment.

The difference is not merely semantic. First, the Chinese Restriction Act of 1882 was not designed to slam the door entirely on Chinese immigration. It left some people untouched by the prohibition. Although new “laborers” attempting to come into the country for the first time could not do so under the 1882 Act, Chinese residents already here could come and go. In this sense, the latter Chinese were recognized as part of the community. Second, the flow of immigrants was much higher under the 1882 law. The absolute numbers were always small—in only three years between 1850 and 1904 were there as many as 20,000 Chinese immigrants, and those numbers do not account for the fact that some who entered subsequently returned home permanently. But more Chinese migrants came to the United States in 1887 and 1888 under the restriction law than had done so in any of the years from 1877 to 1881, when migration was not statutorily limited.

A second main contribution of the book is attention to the relationship between racial violence and political change. One of its highlights is an appendix, a simple table of the scores upon scores of anti-Chinese expulsions and attempted expulsions in the period 1885-87. It lists the states, cities, and counties where they occurred, and the number killed. In Alaska, Hawaii, Idaho, Montana, Nevada, New Mexico, Oregon, Washington, Wyoming and especially California, mobs ethnically cleansed their communities. Often driven by labor unions, white laborers claimed they could not compete with the Chinese. This seemed an odd political platform in a country proud of both its capitalist, competitive economy and the abilities of its people. Nevertheless, the white working class made clear its views about the presence of Chinese.

It did not seem to matter that the Chinese in the United States were here legally, and were in principle protected by laws. Accordingly, the response of the legal system to violence against them is telling. The legal system acted to protect the Chinese and/or punish white mobs only intermittently. For example, the Tacoma, Washington expulsion was so successful, the book reports, that when recently the city sought descendants of the 1880s Chinese community as part of a program of reconciliation, none could be found. The expulsion was open; the Knights of Labor informed the Chinese community that they had until November 1, 1885, to leave town. When a prominent Chinese storeowner asked the mayor and sheriff for help, they best they could do was to give him a note granting a few additional days to pack his belongings and leave town.

In Tacoma and elsewhere, there was little sense that the appropriate response to the lawlessness and violence of white workers was application of the rule of law. To the contrary, the press, politicians and law enforcement officers seemed sympathetic to violence as an understandable means for whites to accomplish their economic objectives. The treatment of the Chinese cannot be attributed solely to the fact that they were noncitizens, and the white vigilantes were citizens. In many cases, the whites were themselves immigrants.

Some “moderates” proposed using legal means to drive out the Chinese. But, looking back, this seems to be as internally contradictory as the idea of using constitutional means to disenfranchise African Americans, a practice then in vogue in some quarters at the time. How can “legal” means be found to intentionally deny people their constitutional rights because of their race?

Congress responded to the widespread violence with the 1888 Chinese Exclusion Act; the white mobs had effectively sent a message. During debate over the law, one senator noted that nothing could be done about mobs — thus the only solution was to exclude the Chinese. Some politicians, such as Washington Territory Governor Watson C. Squire, believed that the anti-Chinese movement was motivated by prejudice, but ultimately supported exclusion as a practical solution to the widespread white violence.

Undoubtedly, the problems with enforcement of the Chinese Restriction Act, the 1882 law, and the Chinese Exclusion Act of 1888 were real. Federal law enforcement resources were limited, and one suspects that the Chinese did not feel morally constrained by a law targeting them by race, when immigration for others was numerically unrestricted. Lew-Williams notes that over and above the few allowed by law to enter, undocumented and fraudulently documented Chinese continued to arrive, with some using fraudulent claims of citizenship, either by birth in the United States or overseas to a U.S. citizen father (U.S. citizen mothers had only a limited ability to transmit their citizenship to foreign-born children until 1934). But, unlike with the threat of white violence, the legal system did not conclude that this was an insoluble problem.

First, at least according to the archival examples uncovered in the book, law enforcement officers resorted to extralegal enforcement methods. Sometimes those suspected of unauthorized migration would simply be deported by immigration officers, without going through the procedures set out in the law. In the case of Canada, which had its own anti-Chinese policies including a head tax, this required the surreptitious deposit of Chinese on the northern side of the border. In other instances, alleged unauthorized migrants were “sentenced” to prison even though the law did not provide for incarceration.

Second, the exclusion law continued to be developed and refined even after 1888. In 1892, Congress passed the Geary Act, providing for registration of all Chinese, the deportation of those who could not prove their legal status, and the imprisonment at hard labor for violators.

Many of the issues highlighted in this book are once again salient. Some contend that the contemporary fever for exclusion and deportation is driven by race — akin to a modern-day Chinese Exclusion. As in the 1880s, a major source of the resentment found in some quarters of the white working class is the necessity of competing with immigrants who, while happy to accept high wages, will also work for the pay that is available. And some who are unsympathetic to unauthorized migrants insist that they themselves are not inhumane or opposed to migrant families — instead all they want is vigorous enforcement of the law.

But one wonders whether contemporary opponents of immigration really believe that all laws should be enforced vigorously, without regard to cost, interference with ordinary life, or whose ox is gored. For example, former Attorney General Jeff Sessions prioritized immigration and marijuana prosecutions, but determined not to focus on police misconduct. For those who are willing to be subject to the same rules and principles they apply to others, this book is a warning of the unfairness of widespread lawbreaking by people of color being met with vigorous law enforcement, while widespread lawbreaking by segments of the white working class has at least sometimes been an effective means of political activism. 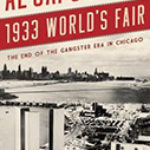 Al Capone And The 1933 World’s Fair: The End Of The Gangster Era In ChicagoBooks, Full Reviews 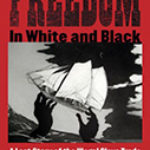 Freedom In White And Black: A Lost Story Of The Illegal Slave Trade And Its Global LegacyBooks, Full Reviews