Since the middle of the previous decade, a new consensus emerged among scholars, policymakers, and practitioners about the intensification in the threat from violent ‘far-right’ movements, groups, and ideologies. Hence, it is not surprising to see a substantial expansion of the corpus of literature focusing on various facets of far-right militancy in the last few years.

Alt-Right Gangs is another publication aiming to expand our familiarity with the various spaces wherein far-right ideology is converging with criminal and violent practices. In their book, Reid and Valasik correctly point out that while youth are an important component of many contemporary far-right movements, also to be considered are ideologies related to the development of social frameworks which are compatible with our understanding of street gangs and similar associations, and that those deserve a distinct analysis with regard to their organization, recruitment, and risk factors. What is less clear is the decision of these authors to employ the concept of “alt-right.” Especially since many of the groups/gangs discussed in the book are not alternatives to past white power groups but are actually an extension or continuation of them. The typology of the landscape of far-right militancy, which is presented by the authors via a Venn Diagram, does not seem to help solve this conceptual confusion. It integrates types of groups and types of activities, which is problematic, as the two are distinct functions of social manifestations. Moreover, some of the activities may not fit the conventional conceptualization of gangs, such as “online trolls,” or can be employed by multiple groups. Lastly, some categories seem to overlap without a clear rationale. For example, some may wonder about the distinction between Alt-right and white supremacist gangs (including the categorization of racist skinheads as alt-right) as well as the indication that all alt-right gangs engage in online trolling.

Unfortunately, the confusing conceptual discussion is indicative of many of the chapters. Despite its promising premise, the book provides a strong sense that it is mainly concerned with identifying how far-right groups are compatible with the concept of street gangs, rather than utilizing theoretical frameworks focusing on street gangs in order to understand contemporary far-right groups and activities. Such an impression is also a result of the inclusion of multiple chapters which mostly consist of literature reviews. And while discussion of the state of existing knowledge is an important baseline for further analytical and theoretical development, the latter never materialize. Hence the reader in many of the chapters is left with a literature review which can be found more comprehensively in other publications, as well as with limited insights about how our knowledge of gang activities can inform our understanding of far-right violence.

For example, the chapter discussing potential risk factors provides a review of the relevant literature. It refrains, however, from engaging with some of the new contemporary approaches for profiling individuals who engage in deviant behaviors. There is a growing understanding that different risk factors are in play for different types of member roles in an organization, including a violent one. Such an approach would have questioned if we should really expect all members of alt-right gangs to have similar risk factors, regardless of their role in the group, level of seniority, and other characteristics. Furthermore, the spontaneous nature of many violent hate crimes also suggests that risk factors reflect a combination of both socio-demographic and personality traits, an insight that has triggered some important studies recently.

Similar pitfalls also characterize the discussion of alt-right gangs’ identity and ideology. A short chapter focuses on the visible manifestations of such groups (clothing, music, etc.) rather than attempting to provide some analytical framework of their ideological narrative. Additionally, as in other sections of the book, it seems that the authors pay limited attention to changes over time and across ideological strains. But more fundamentally, the gaps in this chapter in particular, may be related to a conceptual decision which the authors justify in the opening chapter. That is, specifically to exclude in their definition of alt-right gangs “adherence to any particular form of ideology.” Their rationale is based on the idea that ideology is more a descriptor rather than a defining feature, especially since far-right ideology is very nuanced and is highly diverse. Such a decision raises some crucial questions. The political violence literature illustrates that ideology impacts the organization and activity of groups; the authors’ decision to ignore ideological nuances eventually undermines their ability to fully understand some features of alt-right gangs. Moreover, ideological groups are usually social frameworks that respond to changes in the socio-political or economic environment. Ignoring their ideological distinctions makes it more difficult to understand the interactions between groups and the social, political, or economic developments in their environment. Lastly, ideological disputes in many cases lead to fractures in far-right groups and a decline in their social cohesion. Ignoring ideology thus may lead to missing important insights about social structure within gangs/groups.

Other parts of the book, however, are successful in providing important and lucid perspectives. This is especially evident when the authors try to address some of the more common misconceptions (i.e., myths) about alt-right gangs. Here I found myself wholeheartedly agreeing with the authors’ critic about the tendency to perceive alt-right gangs as some part of a national or transnational uniformed movement, as well as the tendency to focus exclusively on their online presence. But some of the criticism here seems to be forced and more a result of the changing landscape of far-right militant activism. For example, the book cites Hamm’s seminal study, which argues that skinhead groups are not compatible with existing definitions of gangs. The authors argue that the contemporary definitions of gangs are actually compatible with Hamm’s description. Considering that Hamm’s study was conducted in the early 1990s, more than 25 years ago, it is possible that both Hamm and the authors here are correct. Similarly, the authors’ discussion regarding the applicability of the concept of domestic terrorists to alt-right gangs seems unconvincing. While gangs are in many cases organized and evolve differently from conventional terrorist groups, there is little argument that some of their violent actions fall clearly under the common definitions of terrorism since they include the use of violence in social-political contexts and have a psychological impact on a wider ethnic/religious community beyond the direct victims.

Many parts of the book could have benefited from the utilization of empirical data and primary sources. While I agree with the authors that data collection, especially with regard to youth involvement in far-right violence, is challenging, the utilization of existing datasets and some survey of primary sources would have elevated and provided more gravitas to some chapters. For example, the chapter on the violence produced by Alt-right gangs ignores some important recent empirically driven literature while preferring to focus on anecdotal events, which had received significant media exposure. Such an approach leads to a focus on conventional perceptions of street gangs and skinheads while ignoring some important developments. For example, the fact that some racist skinheads’ leaders actively encourage their members to refrain from hate-violence unless they are provoked, and the growing emphasis of many skinhead leaders on expelling members involved in criminal activities or drugs.

Similarly, considering the growing number of studies that are using advanced linguistic analysis and machine learning to decipher the discourse of far-right groups, the chapter focusing on the language of alt-right gangs seems to be somewhat dated. While it provides an important summary about the why and how digital space is employed, the readers will be disappointed to find limited discussion of the different types of rationalization for violence, the use of current affairs to promote far-right narratives, the way slogans and symbols are being utilized, change overtime in the imagery used by such groups, and how far-right narratives impact other online spaces of right-wing politics.

To conclude, Alt-Right Gangs represents an important effort to identify convergence between our knowledge of the dynamics of street gangs and the current developments within the violent American far-right. Unfortunately, while the authors here are able to illustrate the potential of such convergence and how it is manifested, they are less successful in illustrating how it can further promote our understanding of the militant American far-right. 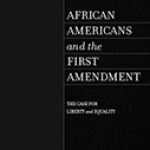 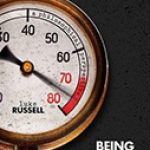