African Americans And The First Amendment

Are free speech and racial equality at odds with one another?  That’s the question explored by Timothy Shiell in African Americans and the First Amendment, a book about the evolving relationship between civil liberties and civil rights.  According to Shiell, the answer is simple: “Liberty and equality can and do conflict in some cases, but these values are not in fundamental conflict.”  Instead, Shiell argues that free speech is an essential ally in the struggle for racial justice, and he urges those who care about the latter to continue placing their faith in the former.  “The best path forward,” he writes, “is to stay focused on liberty and equality.”

Shiell reaches this conclusion primarily through an examination of history.  He shows how the suppression of dissent in the nineteenth century insulated the status quo of slavery while the expansion of free speech rights in the mid-twentieth century provided a powerful tool to fight segregation.  The second half of this story was the focus of Harry Kalven’s seminal 1965 work The Negro and the First Amendment, and Shiell’s book is largely a reassertion of Kalven’s thesis (his title appears to deliberately reference the earlier work).  He agrees with Kalven that the civil rights movement owed much of its success to the broadening of free speech rights during the late 1950s and early 1960s.  He also agrees that this broadening was itself a result of the movement – that the bold and selfless tactics employed by Black protesters pressured the courts to roll back repressive doctrines developed during the Red Scare.  As Kalven put it, “We may come to see the Negro as winning back for us the freedoms the Communists seemed to have lost for us.”  Or, in Shiell’s words, “Liberty and equality were widely heralded as symbiotic allies.”

Many of the cases the author cites to support his argument are part of the First Amendment canon – cases such as New York Times v. Sullivan, which rewrote the law of libel to create “breathing space” for criticism of public officials; NAACP v. Alabama, which ruled that expressive associations could not be forced to disclose their membership lists; and Edwards v. South Carolina, which upheld the right of peaceful protest on public property.  But he also discusses several less celebrated cases.  He provides a useful overview of New Negro Alliance v. Sanitary Grocery, a 1938 case interpreting the Norris-LaGuardia Act to permit consumer boycotts.  Although not technically a First Amendment case, Sanitary Grocery paved the way for the “Buy Black” campaigns that later became an integral feature of the civil rights movement.  Shiell also devotes an entire chapter to Herndon v. Lowry, a 1937 case involving a Black labor organizer who was convicted of inciting an insurrection after leading a biracial march demanding relief for the unemployed.  The case became a cause célèbre on the left, and the Supreme Court ultimately overturned the conviction, ruling that there was insufficient evidence against the defendant and that the statute under which he was convicted was void for vagueness.  It was only the third time the Court had struck down a state statute as violating the First Amendment, and it was the first time the Court protected the rights of a Black speaker.  In Shiell’s view, Herndon is “a paradigmatic example” of how the struggle for racial equality and the expansion of free speech rights are mutually reinforcing.

Which is why Shiell is so discouraged by what he sees as a turning away from free speech by advocates for racial justice.  Beginning in the 1980s, he argues, scholars and activists on the left began to view free speech as thwarting, rather than aiding, the pursuit of equality.  They argued that the protection of offensive and hateful speech perpetuated harmful stereotypes about racial minorities, and they pushed for campus speech codes that would punish such expression.  These speech codes were struck down by the courts in the 1990s, but Shiell sees the same hostility to free speech in contemporary efforts to bring about racial equality.  Rather than viewing civil rights and civil liberties as allies, he claims, many activists view them as fundamentally at odds.  The history he relates is designed to counter this view, to show that free speech is a friend, not a foe, to racial progress.

In this respect, the author provides a valuable service.  Many activists today were not alive during the civil rights movement, and even those who were may not fully appreciate how critical free speech was to the struggle for racial equality.  Reviewing this history helps to contextualize current debates about the scope of the First Amendment.  But Shiell’s description of the current view of free speech among advocates for equality is simplistic.  In his account, activists today see free speech and equality as fundamentally opposed, and believe that the only way to advance the latter is to reject the former.  This is not quite a strawman since there are surely some activists who take this position.  But it’s not the strongest argument one could advance, which makes Shiell’s response unsatisfying.  The strongest argument is not that free speech and equality are fundamentally in conflict, but that there are aspects of modern free speech doctrine that can and should be changed to more fully realize the goal of equality.

Shiell doesn’t adequately grapple with this position.  He spends much of his book asserting the “inseparability” of free speech and equality, by which he appears to mean that equality cannot be achieved without the right to speak and protest.  This is certainly true, as history shows.  But it is also true that free speech can sometimes undermine the quest for equality.  Consider Brandenburg v. Ohio, which reversed the conviction of a Klan member for advocating violence against Blacks and Jews.  Or R.A.V. v. City of St. Paul, which reversed the conviction of a teenager who burned a cross on the lawn of a Black family.  The question such cases raise is whether, on balance, free speech does more to promote equality than to undermine it, and if so, whether there are alternative interpretations of the First Amendment that might preserve the good while minimizing the bad.

Instead of asking this question, Shiell asks whether “robust free speech rights [should] be curtailed to promote racial equality.”  The implication is that any modification of existing doctrine in pursuit of equality would amount to a rejection of “robust” free speech protection.  But unless Shiell thinks current free speech doctrine is unassailable, this is an odd position to take.  And even Shiell appears willing to accept deviations from what others might insist is required by a “robust” model of free speech.  He embraces hostile work environment and harassment claims, both of which are recent additions to First Amendment doctrine that have been criticized by scholars who favor a more expansive view of free speech.

Shiell also doesn’t fully acknowledge the extent to which the Supreme Court has already departed from a “robust” model of free speech.  Over the past century, the Supreme Court has recognized numerous categories of unprotected speech, from fighting words to obscenity to true threats.  Each of these exceptions to the First Amendment reflects a judgment by the Court that the value of the speech in question is outweighed by the harms it causes.  If the Court is willing to make this value judgment about other categories of speech, advocates for equality might reasonably ask, why can’t it do the same for hate speech?  And if it were to recognize an exception for hate speech, why would that be any more of a departure from “robust” free speech protection than the other categorical exceptions?

When it comes to the specific issue of hate speech, Shiell largely relies on the work of other scholars, such as Nadine Strossen, whose recent book, Hate: Why We Should Resist It with Free Speech, Not Censorship, catalogues the arguments against hate speech bans.  Such bans, Strossen argues, are inherently vague, vulnerable to selective prosecution, counterproductive, and often used against the very people they are designed to protect.  These are serious concerns, though many of them also apply to existing categories of unprotected speech, such as fighting words and true threats.  Perhaps the most serious concern about hate speech bans is that they would unduly chill public discussion because issues of race, sex, gender, and religion are at the center of so many contested policy disputes.  For this reason, Shiell may ultimately be right that the risks of banning hate speech are not worth whatever benefits they might offer.   But he is wrong that efforts to ban hate speech necessarily amount to a rejection of free speech.  Such efforts can instead be seen as a way to improve free speech doctrine so that the First Amendment is an even better friend to equality.

Thomas J. Healy is a Professor of Law at Seton Hall School of Law 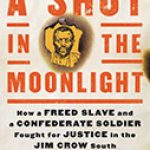 A Shot In The Moonlight: How A Freed Slave And A Confederate Soldier Fought For Justice In The Jim Crow SouthBooks, Full Reviews 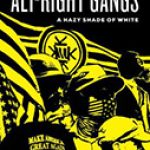