American Cipher: Bowe Bergdahl And The U.S. Tragedy In Afghanistan

On May 31, 2014, President Obama stood in the White House Rose Garden with the parents of Bowe Bergdahl to announce that his administration had secured the release of their son, an American soldier who had been a captive in Afghanistan of the enemy Taliban since 2009. The initial joy of the news was soon tempered by claims that Bergdahl had deserted his post, possibly to join the Taliban. Worse yet, a number of American soldiers who had been stationed in Afghanistan claimed that several of their fellow soldiers were killed during missions to search for Bergdahl. Finally, it turned out that the Obama Administration had exchanged five high-level Taliban prisoners for Bergdahl – a price that critics argued was far too high for a deserter.

When the Army proceeded to charge Bergdahl with one count of desertion in violation of Article 85 of the Uniform Code of Military Justice and one count of misbehavior before the enemy in violation of Article 99 – both counts carrying potential death sentences during time of war – it seemed that Bergdahl, if convicted, would suffer serious punishment. Yet, at the conclusion of the court martial, Bergdahl was sentenced to a demotion in rank from Sergeant to Private, forfeiture in pay of $1000 a month for 10 months, and a dishonorable discharge. While those are non-trivial punishments, the defense team, led by military law expert Eugene Fidell, managed to persuade military judge Colonel Jeffrey Nance not to impose any term of incarceration. How did the defense achieve this remarkable result?

To answer that question, Matt Farwell and Michael Ames teamed up to write American Cipher: Bowe Bergdahl and the U.S. Tragedy in Afghanistan, an exhaustive account of Bergdahl’s decision to leave his military post and his subsequent captivity with the Taliban, his parents’ and the government’s efforts to free him, and the post-release military prosecution. That Bergdahl’s defense team reached a successful result was due in large part to its ability to present a counter-narrative of a naïve, perhaps foolish young man who suffered a tremendous amount due to a bad decision he made, and who did his best after his rescue to help the military with what he learned during his captivity.

The first part of American Cipher consists of four chapters covering Bergdahl’s upbringing in a small town in Idaho, through his enlistment in the Army and his fateful decision to leave Observation Post Mest (OP Mest). The book paints a quick but evocative picture of Bergdahl’s family environment: strict, religious, hardworking, and comfortable and competent with firearms. Bergdahl comes across as a bit socially awkward, but well-mannered and with physical skills well-suited to combat infantry. One of Bergdahl’s jobs as a teenager was working at a local public shooting range, where “[h]e knew more than the other teenagers on staff about how things operated” (19). He frequently biked 40-50 miles a day (33).

Through this opening part, the reader learns why Bergdahl was drawn to the Army. His job at the shooting range put him in contact with military personnel, including Special Forces, and he became enamored with the idea of action and adventure, and he felt disinterested in conventional employment. When the military personnel collectively tried to dissuade him from enlisting, Bergdahl abruptly decided to join the French Foreign Legion. However, the Foreign Legion declined to accept him, supposedly on the basis of his eyesight (41-42). Forced to return to the United States, he next enlisted in the Coast Guard in late 2005. One night during boot camp, he was found “curled in a ball, hugging his knees tight to his chest, crying, tears mixed with blood” (43). Following a subsequent psychiatric examination, Bergdahl received a medical discharge due to “ADJUSTMENT DISORDER WITH DEPRESSION” – re-enlistment would require “stress management counseling and [prior] clearance by a psychologist…” (44).

Notwithstanding the Coast Guard’s discharge statement, Bergdahl was able to enlist in the Army two years later; all he had to do was “sign a form prepared by his recruiter stating that he had overcome his earlier issues” (50). The ongoing wars in Iraq and Afghanistan were driving the Army to lower its standards across the board with regard to intelligence, fitness, criminal record, and more. Bergdahl felt that one fourth of his fellow enlistees should have been washed out (51).

The four chapters making up the second part of the book turn to Bergdahl’s leaving OP Mest and resulting quick capture by Taliban forces, and to the reaction of Bergdahl’s unit upon discovery of his absence. Bergdahl’s purpose in leaving the observation post was to report the perceived incompetence of battalion commander Colonel Baker (73). The authors detail a stark example where Baker castigated members of Bergdahl’s platoon and, to make a point, kicked rocks at a grave, upsetting the Afghan soldiers who were present; Bergdahl thought that “Baker was not in control of his actions, unfit for leadership, and quite possibly insane” (66).

News of Bergdahl’s disappearance made its way up the chain of command until his status was formally changed to DUSTWUN, code for a missing soldier (79-85). The military quickly mobilized aerial surveillance drones and ground vehicle-based checkpoints in an effort to spot Bergdahl before he could be smuggled out of Afghanistan into Pakistan — based on the fear that once in Pakistan, he would be beyond military rescue (87-103). The story switches back and forth among search missions performed by military units (often using a carrot and stick approach with locals) and efforts by various intelligence agents (some private contractors) brought in to work Afghan sources for information (104-126). Although most U.S. intelligence analysts believed within weeks of Bergdahl’s disappearance that he was already in Pakistan, the Defense Department’s Central Command (CENTCOM) continued search operations in Afghanistan. The authors observe that CENTCOM “continued to carry out searches for the missing soldier in the only battle space where it legally could” (125).

The focus of part three of the book is largely on Bergdahl’s long-term captivity and on his parents’ reaction and response to the government’s official acknowledgment of his status as a prisoner of the enemy. Although the entire book is well-written and compulsively readable, this part – drawn primarily from the transcript of the investigating officer’s interview of Bergdahl – provides the most insight into the reasonableness of the sentence imposed on Bergdahl by Colonel Nance. Bergdahl made a few attempts to escape; in response to one of them, his captors chained him all hours of the day, to the point that his body would wither and “[h]e could no longer stand on his own power….” (174). They beat him with rubber and plastic pipes and copper cables, and when he had repeated bouts of diarrhea, he was not allowed to clean himself with a bath or shower for months (175). This part of the book closes with another escape attempt after months of small progress, only to end in re-capture because he was too weakened to run away. His captors built a new metal cage suspended above the ground to hold him (177-179).

Part four of the book turns to the Obama Administration’s behind the scenes efforts to get Bergdahl released, as well as his father Bob Bergdahl’s public pleas (183-246). One of the chapter titles aptly sums up this section: “The No-Negotiations Negotiations.” Perhaps the most startling revelation in this part was that Bob Bergdahl had contemplated retiring the day he vested his full pension, and then traveling to Pakistan to trade himself in exchange for his son (227).

Six chapters comprise the last part of the book, which begins with the May 31, 2014, handover of Bergdahl in Taliban territory to U.S. forces; 90 minutes later, the five Taliban officials boarded a plane at the U.S. naval base at Guantanamo Bay, Cuba, to be flown to Qatar, which had guaranteed to monitor them (249-260). The remainder of the book covers Bergdahl’s re-entry to the military, the investigation and court-martial proceedings, and the final sentencing (261-332).

The authors provide an ample account of the various critics – former military personnel, cable news pundits, and others – who lambasted Bergdahl. One critic, a former Army Captain who participated in the search missions, wrote, “[t]he truth is: Bergdahl was a deserter, and soldiers from his own unit died trying to track him down” (264). A Fox News reporter claimed (erroneously) that “Bergdahl declared jihad in captivity, secret documents show” (269). CNN’s Anderson Cooper interviewed a former Navy SEAL whose military career was ended by a leg wound suffered during a mission to search for Bergdahl — more evidence of the cost paid by others for Bergdahl’s decision to abandon his post (301-02).

Notwithstanding the media-fueled impression of Bergdahl as a deserter who selfishly endangered his fellow soldiers, at every level the authors draw from interviews with key personnel involved in debriefing Bergdahl to transcripts of preliminary court proceedings to show why the actual military decisionmakers who heard testimony and evidence concluded that no imprisonment was warranted. First, almost immediately after being turned over to U.S. forces, Bergdahl began providing information about his captors, from the layout of his prison cell to small pieces of information that helped intelligence analysts deduce the location of his captors to “raw information that [the analysts] referred to as ‘a gold mine’” (277-278). Second, beyond the torture and abuse described in part three, the awful indignities of his captivity were laid bare in stark detail by one of the debriefing analysts who testified at the preliminary hearing that:

Finally, the early picture that the book painted of Bergdahl as a physically gifted but socially awkward young man who had twice before washed out of military programs pays dividends at the end. Bergdahl was responsible for leaving the observation post, but the Army should have done a better job of screening – as the French Foreign Legion and the Coast Guard did.

Authors Farwell and Ames have written a compelling book that provides deep insight into Bowe Bergdahl’s disastrous abandonment of his post in Afghanistan. They also illustrate how defending a high profile criminal case with a damaging initial portrait of the defendant need not be hopeless, and that factual arguments (particularly in sentencing mitigation) can be at least as important as legal ones in achieving the desired legal outcome. 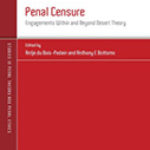 Penal Censure: Engagements Within And Beyond DesertBooks, Full Reviews 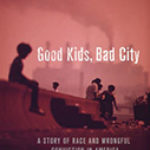