Good Kids, Bad City: A Story Of Race And Wrongful Conviction In America

Good Kids, Bad City: A Story of Race and Wrongful Conviction in America is a story that could be described as a comedy of errors if it was not a story of great injustice for three men who spent a combined 106 years in prison for a crime they did not commit. The book is not only a story of wrongful conviction, but a story of how structural discrimination and historical sins continue to play a role in our criminal justice system.

Swenson begins the book in the prologue by stating a common theme in discussions of wrongful convictions – namely, that wrongful convictions are either rare or nonexistent. After all, legal guilt is different than factual guilt. “‘Nobody,’ a journalist friend once said to me, ‘is completely innocent.’ That cynicism was taking root in me: Some complicity must tie most offenders to their convictions, I reasoned; the criminal justice system had the proper safety nets installed to catch the truly innocent” (p.3). Swenson is repeating a common theme of innocence due to “technicalities,” rather than actual innocence.

This is the story of Wiley Bridgeman, Ronnie Bridgeman (who changed his name to Kwame Ajamu after his conversion to Islam), and Rickey Jackson. Intermixed in this story are discussions of the history of Cleveland, race issues in Ohio and America, and the innocence movement. The basic facts of the case are that Wiley, Ronnie, and Rickey are accused of a murder based solely on the eyewitness testimony of a 13-year-old boy, Ed Vernon, who deceptively volunteered information to the police on the day of the murder. Ed’s parents knew that Ed was lying to the police so they told him to not identify anyone when he was called into the police station to view a lineup. But due to police pressure and threats to Ed and his family, Ed finally identified the three boys.

During the trial, Ronnie Bridgeman’s attorney was asleep and even drunk. This attorney used to brag that “if I don’t blow a .14 or .15 after lunch, I’m useless in the afternoon” (p. 87). Also, numerous witnesses testified that Ed was not present for the murder, and thus he was making up his whole story. The jury did not believe these other witnesses, and all three boys were found guilty and sentenced to death by electrocution based on Ed’s testimony.

The story continues with how the boys – who became men during their decades of incarceration – then coped with life behind bars. Albeit with faith, writing, exercise, or staying busy with school and vocational training, the boys’ time in prison was still filled with the monotony and with the dangers faced by any inmate, combined with the emotional suffering of knowing they were innocent. Wiley Bridgeman won a retrial due to a judicial decision from the traveling judge who had overseen his case – that judge stated that the jury simply had to identify whether or not Wiley was the perpetrator, because the robbery and murder were undisputed; a new trial based on this legally bungled wording was thus granted. But Wiley’s attorney in the new trial was too distracted to give his case the attention it deserved, as he was also tasked with desegregating Cleveland schools. A disagreement about the best strategy for the appeal arose between Wiley’s attorneys, with one attorney wanting to focus on Wiley’s alibi, and another on simply wanting to discredit Ed Vernon’s testimony. The latter’s testimony seemed to have been coached, and he admitted he was paid $50 to testify. Also, during this appeal, details of other, uninvestigated suspects emerged. The police, detectives, and prosecutors said they did not need to investigate those leads as they did not “think each anonymous phone call is necessarily exculpatory” (p. 103). At the end of his appeal, Wiley was resentenced to death by electrocution.

One of the more touching parts of the story occurs after Ronnie Bridgeman is paroled – he continues to fight for his brother and friend. While in prison, Ronnie changed his name to Kwame Ajamu to “push free from who he had been” (p. 133). Kwame, now a devout Muslim, used his time in prison to better his life by earning his GED. Due to a clerical error (a social security number was incorrect on his intake forms), he could get a job without the stigma of a felony conviction. He could not, however, advance in any career that required one to be fingerprinted. Even though Kwame was now free from prison, he could not let Wiley and Rickey continue to suffer incarceration for a crime they did not commit. Kwame met with an attorney, Terry Gilbert, who said he would like to help Wiley and Rickey, but that this would require more public support. This is how the author, Kyle Swenson, met Kwame Ajamu for the first time. A subsequent article by Swenson got little response or public outcry however.

This limited response is attributed to just about everyone in town seemingly already believing that Ed Vernon had lied to the police. The police convinced Vernon that he had to get out of town because of the large number of death threats they were receiving for his helping the police. He moved out of Cleveland until Wiley’s retrial, and then moved back. His life took a downward spiral when he moved back – partly due to the intense guilt of lying on the stand. He developed a bad drug habit, got his girlfriend pregnant, and then took the fall for his drug dealer in order that his dealer not get sent to prison. Although he ultimately decided to get help and ended up rededicating his life to God, Ed Vernon could not bring himself to recant his testimony and identification, despite the intense guilt and shame he felt.

Finally, Vernon’s pastor confronted him and he agreed to talk with Ohio Innocence Project lawyers about his false testimony, and ultimately signed an affidavit stating he lied on the stand. Vernon discussed his abuse at the hands of the police – with threats made against him and his family. He also detailed how the police fed him information during questioning and made him practice his testimony so there would not be inconsistencies. The Ohio Innocence Project filed a motion for a hearing based on this recantation, and petitioned for Rickey and Wiley’s release from prison. These particularly emotional chapters detail how Cleveland’s chief prosecutor stated to the judge that “the state concedes the obvious” (p. 246) regarding the unreliability of Vernon’s testimony. But for nearly four decades this was not “obvious.” For a combined 106 years, Rickey, Wiley, and Ronnie were in prison for something that was not seen as obviously flawed.

The author goes on to discuss how the three men have reintegrated back into society, and the financial compensation they all received – all became millionaires. But is money enough to fix the injustice? Swenson states, “[i]n wrongful convictions, lawsuits and cash settlements have become common, but the system itself has little inclination to push deeper with a detailed inquisition into how it could break down so catastrophically” (p. 265). Swenson argues that there is no critical analysis as to what actually goes wrong in these cases – something the author also failed to do. Swenson then points out that Cleveland clearly has not recovered from racially-based enforcement of laws by police. The day after Rickey Jackson was released, Tamir Rice was shot dead by police for playing with a toy gun on a playground.

Swenson does a good job of diving into Cleveland’s history dating back to when the city began as a racially diverse and integrated city, until an influx of white, European immigrants moved in and began fighting for their own interests. Even with this initial flood of immigrants, Cleveland was able to fight off some of the racial tension that the rest of the country was facing, including being the only major city without violence after Dr. Martin Luther King Jr.’s assassination.

The author goes into a brief history of wrongful convictions that run the gauntlet of problems – eyewitness issues, interrogations, etc. He calls most of the effort put into dissecting wrongful convictions as “guess work,” and suggests that the research on wrongful convictions is more speculative than systematic. The only breakthrough in wrongful conviction work that Swenson gives any attention to is DNA evidence. While the development of DNA technology has been highly influential in innocence work, it is far from the only scientific discovery to be of influence. This oversimplification ignores the great work that is being done by researchers in understanding and helping to stop these problems. And it disregards the advancements made to help correct some of the common causes for convictions of the innocent (e.g. changes in eyewitness and lineup procedures).

There is no real discussion here of the social scientific causes of the wrongful convictions – although the author has a lot of examples he could have discussed. There are unreliable eyewitnesses (poor recall, child witness, dishonest witness, coercive identification procedures), an unbelieved alibi, coercive interrogation techniques, governmental misconduct, uninvestigated suspects, bad lawyering (drunk and sleeping during trial), and clear investigator bias/tunnel vision. While most cases of wrongful conviction have more than one cause, this story seems to have had virtually all of the common causes. Unfortunately, the author fails to mention these as factors that may have influenced the case, and instead chose to view them as systemic problems by a biased system and police force. Similarly, further discussion on exoneree stigma and reintegration would have helped to increase the merit of this book.

That said, this book is an emotional story of three men whose lives were ruined by one of the longest wrongful conviction episodes in American history. For those interested in innocence work, it is well worth the read. It does a great job of humanizing not only the wrongfully convicted, but also the witness who made a childhood mistake that he lived with for the rest of his life. 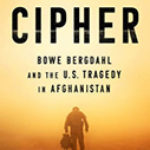 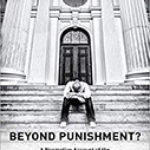 Beyond Punishment: A Normative Account Of The Collateral Legal Consequences Of ConvictionBooks, Full Reviews