Assassins’ Deeds: A History Of Assassination From Ancient Egypt To The Present Day

Assassination is ubiquitous in history, even when known by other names. Elevated in status from mere murder by the prominence of the victim, the assassin’s deed has the power to alter the trajectory of events, bringing about through the death of one human being what may otherwise have been obtained at the cost of thousands or even millions of lives lost to wars, revolutions, or other cataclysms. But as John Withington observes in Assassins’ Deeds, his detail-rich study of the form from ancient times to the present, more often than not the best-laid plans of would-be history-changers go unrealized, as the new tends to replicate the old and the iron law of unintended consequences does its grim work.

The attractions of assassination nonetheless endure as a potential short-form solution to a long-form problem, and Withington provides an exhaustive compendium of motives, methods, perpetrators, victims and outcomes. Most early assassinations, beginning in ancient Egypt and extending to the Roman Empire and the Dark Ages, originated in personal ambition and the lust for power, material advantage and revenge, with parents, siblings and children plotting, betraying and murdering in pursuit of dynastic succession. While these narrowly-gauged agendas never disappeared completely in subsequent ages, weightier motives – religious fervor, political ideology, and revolutionary and counterrevolutionary passion – joined them in driving men and less often, women, to kill for a cause other than themselves. Still later, as modes of communication grew into an all-consuming media apparatus, desire for celebrity and notoriety became the engines of murderous destiny. Assassination methods also evolved over the years, from knives, swords and poison to handguns, rifles and explosives and on in the twenty-first century to missiles, drones and timed incendiary devices. Distances widened and intimacy shrank. The men who stabbed Julius Caesar to death in 44 B.C. knew him personally and were close enough to look him in the eye. When President Donald Trump approved the drone-engineered killing of Iranian terror-master Qasem Soleimani in 2020, he was thousands of miles away from a man he had never met.

Withington wrestles with two interrelated questions relating to the propriety of the assassins’ deed. What distinguishes the assassination from mere murder? And is an assassination sponsored by a government, especially a democratic one, ever justified? He offers no definitive answers, nor should he be expected to; everything depends, as it always does in history, on context and circumstance. As the interactions of politics, ideology, religious belief and ethnicity have become more complex in the twenty-first century, and the moral humanism of the Enlightenment has taken hold in many, albeit not all, parts of the world, our understanding of the idea of “assassination” has grown murkier. The rules that governed the ancient Egyptians or even the regicides of the Age of Revolution no longer apply, and as Withington fittingly concludes his account with the 1968 shooting of celebrity artist Andy Warhol – the man who famously predicted that “in the future, everyone will be world-famous for fifteen minutes” – we are left with the thought that in the future what we know today as an “assassination” may have lost its meaning altogether.

Impressively researched and engagingly narrated, Assassins’ Deeds will likely stand as the definitive treatment of its subject for years to come. But making sense of assassination as a historical category is an almost impossible task. Withington makes a good faith effort. He periodizes, classifies, and evaluates a host of them, employing the empirical tools at his disposal. There is, however, no usable typology of assassination. Just as Tolstoy described every unhappy family as unhappy in its own way, so it is with this unique form of killing. Each carries the weight of its distinctively tragic story, unhappy in its own way. The only constant is the human frailty that produces it. 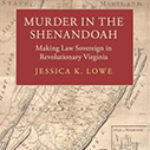 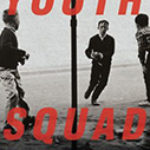