Tamara Myers has written extensively on the social and cultural history of a modernizing Montreal, with a particular focus on childhood and youth, and the expanding networks of regulatory agencies that developed through the early twentieth century. In this work, she widens the lens of her earlier study (Caught: Montreal’s Modern Girls and the Law, 1869 – 1945, 2006), that amply demonstrated the implicitly gendered nature of a “juvenile delinquency” that was understood, and dealt with, largely as a “boy problem”. As Caught revealed, anxiety about girls had to do mostly with overstepping the bounds of a strict, religiously-upheld, moral code of feminine behaviour which made even “normal” sexuality a form of “deviance”. Although their sexual morality was also a major concern, for boys it targeted the homosexual relations, especially with older men, that were not only “depraved” but also criminalized, as witnessed by the rise of the Juvenile Morality Squad that attempted to “save” such boys by cracking down on the men thought to be past saving.

Myers again draws with care and critical acumen from impressive amounts of archival materials, such as municipal and provincial court and police records, for what they can tell about youth delinquency and regulation in the city. The result is a well-written and comprehensive overview of the development, since the late nineteenth century, of a police apparatus that, after early attempts to keep it in the hands of the religious orders (Catholic) and voluntary associations, had by the 1930s become institutionalized in the forefront of youth regulation. It is this “youth squad,” well-contextualized within the anxious sociocultural frame of a postwar “modern” Montreal, that is the book’s analytical focus. The author’s discussion of the supposed “Montreal Miracle” brought about by the Juvenile Morality Squad’s efforts — the on-going, and largely ineffectual, attempts to enforce curfew laws to get children and youth off the streets at a specified time after dark, and the recourse to sports clubs and other “extra curricular” organizations run by adults toward the same objective, support her contention that youth regulation was a North American trend. Above all else, it reflected the period’s [adult] anxieties about the future, as embodied in the young. The causative relationship question about the “rising” delinquency rates of the early twentieth century and new public (and official) attention to the matter, especially in wake of the 1907 federal Juvenile Delinquency Act, is not definitely answerable. But it leaves room for imaginative scope, given how broad, and hazy, were the supposed attributes of delinquency.

Montreal makes for a fascinating case study in its social mix of English and French-speaking, Protestant and Catholic, educated elite and working class, traditional and “modern,” perhaps more visible there than anywhere else in North America. Yet this is also what makes it somewhat problematic as a “microcosm” of North American developments. There are references to similar policies and programs in other Canadian cities, and in the United States, but it would be interesting to pursue these larger connections—as well as those in Great Britain, also similar in its anxieties and approaches to youth and delinquency. Finally, where the interwar and war years are concerned, we know how the “youth turn” in Europe was wilfully channeled into a successful means of fascist indoctrination. That didn’t happen in Canada, but Montreal was also the epicentre of a tiny but intense fascist movement with some national outreach. Certainly, as Myers shows, “policing” youth was a favoured solution for many anxious adults. These are all fascinating threads that open the way to further exploration. In the meanwhile, Tamara Myers has produced a study that goes far in laying the necessary groundwork. 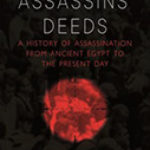 Assassins’ Deeds: A History Of Assassination From Ancient Egypt To The Present DayBooks, Full Reviews 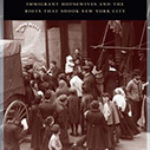