Autopsy of a Crime Lab: Exposing the Flaws in Forensics

In his Autopsy of a Crime Lab, Brandon Garrett paints a fascinating picture of the long-standing limitations of and uncertainties surrounding the foundations of the forensic system and how we can potentially reform it moving forward. Each part of this narrative helps to bring the realities of forensic science and its use into view, as well as how the strength of this evidence is truly only as good as the system and human beings that act within it. In response to Garrett’s stated goals, this book successfully provides tools for readers to better understand the assumptions and methods used in forensics, so that they can ask the right questions as if they were on a jury. For years we have been misled about the strength of forensic evidence. Autopsy of a Crime Lab finally helps to provide a roadmap to show just how far we have been led astray.

Part 1 covers the full scope of the forensic science crisis, including how psychological and other social science research has begun to uncover the true limitations of forensic evidence. Specifically, Garrett provides an illuminating picture of how all types of forensic evidence except DNA (such as bite marks, fingerprints, and firearm tracing) are unable to scientifically and definitively connect specific individuals to particular pieces of evidence or crimes, as well as their likelihood of being plagued with error rates, false negatives, and faulty statistics. However, what may be most striking is that prosecutors, judges, and forensic scientists have historically treated this evidence has largely foolproof. Indeed, Part 2 explores the ways that forensic evidence can go wrong, describing the resistance of these individuals in adopting appropriate science, admitting the limitations of forensic science in court and the potential biases that can arise in relation to it, and the lack of standards, qualifications, and experience that often come along with analyzing forensic evidence. Finally, Part 3 focuses on crime labs, including the past abuses and reforms that have evolved in the last several decades across the U.S. In particular, the author suggests the intriguing role of big data and privacy in forensics, as well as the need for more serious regulation of the use of algorithms and data before they are widely used by crime labs and courts.

Ultimately, Garrett provides a convincing argument to suggest that it is essential for the forensics system to be regulated moving forward, that error rate information should be disclosed in court, that qualifications and the experience of forensic experts should be standardized, and that quality controls and supervision should be implemented to minimize inaccuracies and bias. Judges particularly need to step up in relation to their gatekeeping roles, especially questioning the robustness of forensic evidence presented in their courts. Autopsy of a Crime Lab is an important first step in bringing the forensic system “back to life” by tackling both the science itself, and how it should be understood and implemented in the criminal-legal system. 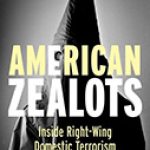 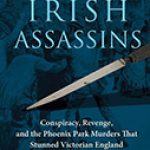