Beyond These Walls: Rethinking Crime And Punishment In The United States

A reader opening the jacket of Tony Platt’s Beyond These Walls: Rethinking Crime and Punishment in the United States receives two promises. First, they will read “an ambitious and far-ranging” review of abuses of the U.S. justice system. Second, they will receive a “bold” and “strategic” vision of how to remake this brutally flawed system. Platt delivers on the first promise. Beyond These Walls is comprehensive and revealing – even hardened and long-time observers of the justice system will learn something new. On the second promise, however, the book stumbles, providing a quick list of ideas rather than a bold new vison. Still, anyone wishing to challenge their perception of the American justice system would do well to have a copy of Beyond These Walls on their shelf.

Beyond These Walls is effectively the criminological counterpart to historian Howard Zinn’s A People’s History of the United States, a staple of left-wing scholarship. In A People’s History, Zinn reexamined U.S. history going back to 1492 in order to dissect what he saw as misinformed nationalist myths that glorified a handful of America’s elites while concealing the abuse of its working-class and minorities. So too, Platt seeks to expose how the American criminal justice system has historically harmed not only the working class and racial minorities, but LGBTQ Americans and those outside of the U.S. He also strives to understand why this system has been so resistant to reform.

Platt sets to his task with one of the widest-ranging reviews in recent literature. He touches on thoroughly explored areas such as racial bias, but also ties these topics into a broader narrative. Beyond These Walls links the expansion of private policing and security into the global export of the U.S. policing model through obscure agencies like USAID’s Office of Public Safety. The racism experienced by black Americans is examined alongside the legal constraints placed on Chinese and Mexican immigrants, as well as the steady displacement and forced reeducation of America’s indigenous people. While many books explore these topics in isolation, few attempt to tie all of these areas into a single narrative. This alone makes Beyond These Walls valuable to a reader who wants a broad survey of America’s justice system.

Equally valuable is Platt’s willingness, like Zinn’s, to challenge old criminological narratives. An excellent example of this is his dissection of Pennsylvania’s Eastern State Penitentiary. The U.S. is often said to have started with two correctional models: the Eastern State model, which, befitting its Quaker roots, focused on rehabilitation and penance, and New York’s Auburn model, which emphasized more regimented patterns of correctional control. As the story goes, the Auburn model eventually won and pushed prisons away from rehabilitation. This is an unfortunate story, but at least suggests a rehabilitative note in American correctional history. Platt dismantles this quickly, exploring the inhumanity of a system that kept prisoners in forced isolation and noting that the Quakers themselves eventually disavowed their invention.

This reexamination of Eastern State also speaks to Platt’s power as a storyteller with a knack for finding anecdotes both powerful and disturbing. There comes a point in many criminologists’ careers where confidence sets in that the justice system’s cruelties have lost the capacity to shock them. The unique horrors Platt dredges up, such as the brutal “water cure” — forced consumption to induce vomiting and then confession — will remind even hardened cynics that fresh horrors lurk in the dark corners of the justice system.

The book’s scope, however, clashes with its organization. While Zinn proceeded chronologically, Platt organizes Beyond These Walls by theme or in what he calls a “dynamic genealogy that zig zags in time.” Thus, a reader is presented with a chapter on militarism in the justice system, one on class, one on race, and so on. This pattern persists even within each theme. The chapter on militarism, for example, darts from the 2015 death of Freddie Gray while in the custody of the Baltimore police, to the election of Donald Trump, back to the organization of private police agencies in the 1850s, through to World War I, and then up to September 11th. By this point, the chapter is only halfway done – to call this a zig-zag would be an understatement. Rather, a reader will sometimes feel like they have been cornered at a party by a brilliant, enthusiastic, but somewhat inebriated colleague intent on declaiming their latest interest at high speed.

There are also some noticeable blind spots in Platt’s analysis, particularly where the allies and enemies of reform are concerned. Beyond These Walls does not fall into the common trap of suggesting that justice reform is merely a battle between the Democrats and the Republicans or even between a unified left and a unified right. Indeed, Platt does an excellent job of exploring fault lines in reform movements. One of his best examples is how committed feminist reformers like Kate O’Hare Richards could be in favor of reforms yet still against racial equality. In fact, it sometimes feels as though Platt is somewhat too eager to assail the Democratic Party for its failings: he condemns the Obama administration’s various reform efforts as virtually toothless. However, recent evidence has shown that programs like the administration’s National Initiative for Building Community Trust and Justice have had some success in improving police-community relations. Such reforms are modest compared to the sweeping changes Platt would prefer, but it overstates the haplessness of the modern Democratic party to say that it accomplished virtually nothing during the Obama years.

Beyond These Walls leaves the most unsaid when it comes to issues of class. In line with traditional leftist analysis and the rhetoric of leading socialist politicians like Bernie Sanders, Platt devotes substantial attention to the role of private prisons in lobbying for a more expansive justice system. However, as scholars such as John Pfaff have noted, the political power of these private groups is modest compared to the influence wielded by police and correctional officer’s unions. Despite that, those groups basically receive a pass for their role in the justice system. This is a missed opportunity; there is a pressing need for the left to coherently reconcile its support for unions with the fact that key public-sector unions are pushing policies counter to leftist justice goals. Exploring this tension would have been a far more interesting discussion than heaping another round of blame on the comparatively marginal private prison industry.

It is the second part of Beyond These Walls, the promise of a new vision of justice, that is most likely to leave the reader unsatisfied. Despite the promises on the book jacket and in the subtitle “Rethinking Crime and Punishment in the United States,” the book devotes fairly little time to considering what ought to replace the carnival of horrors Platt describes. One section briefly discusses a few alternative visions of the justice system proposed by people, both free and incarcerated. It is not clear from the book which of these, if any, Platt believes should be the basis for a criminal justice revolution or if he is proposing a synthesis of all of them. Another section, the last five to ten pages of the book, briefly and breathlessly runs through a list of recommendations that build on these visions and other ideas developed throughout the 1970s.

The contrast between this and the detailed alternative history a reader will have just read is stark. In fact, the care Beyond These Walls takes in cataloging the abuses of the justice system undermines the strength of Platt’s visions and solutions. For more than 200 pages, the reader is exposed not only to the abuses of the system, but to the litany of failed attempts to reform it. Time and time again, justice reform movements arise only to be crushed, coopted, or revealed for a new breed of repression with a little reformist window dressing. All of this tantalizes a reader who, having seen the long odds reformers are apparently up against, cannot help but be excited to see what revolutionary program will succeed where so many others have failed. For that program to be a brief list of ideas already attempted in the 1970s will be a letdown. Platt has told the reader that the 1970s era reform movement was decisively defeated by the “law and order” politics of Richard Nixon and his successors. Yet Beyond These Walls offers an ever more radical version of these reforms without explaining why it will succeed where its prior incarnation failed.

This does not take away from the excellent history that Beyond These Walls offers. Indeed, it is likely because it succeeds as a history and genealogy that it falls short as a radical reform manifesto.

Sam Bieler is a criminologist living in New York City. 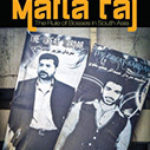 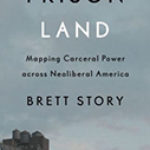