Mafia Raj: The Rule Of Bosses In South Asia

I agreed to review Mafia Raj for two reasons. First, in a recent review, just over 2.5 percent of published organised crime research involved some form of ethnographic observation of offenders (Windle and Silke, 2019). Direct observation of offenders can be difficult, especially of more successful criminals. Recruiting participants is challenging, and there are very real potential risks to both the researcher and participant (these challenges are well discussed in several Mafia Raj chapters). As such, most any ethnography of organised crime deserves to be read, reviewed and respected.

Mafia Raj is a fascinating collection of seven individual ethnographic studies, expertly interwoven by the authors into one overarching narrative which builds to a theory of the ‘art of bossing’. The book is a joy to read, and my copy has ‘fascinating’ scribbled in the margins throughout. It is structured around seven case studies, each one focussing on a particular type of actor, ranging from the aspiring boss to the actual boss: a rookie, bluffer, henchman, adjudicator, godfather, legend and female boss. Each case study provides local political and economic context, and biographies of the key actors. Intimate stories unfold to shine a light on real people beyond the myths presented by the media and the bosses themselves. The book asks three main questions: how do bosses command, what do bosses do and in what contexts do bosses operate?

The monograph begins by introducing the term Mafia Raj. They explain how the term ‘mafia’ is now commonly used (maybe at times misused) throughout South Asia. They define Mafia Raj as meaning rule by the mafia, including both South Asian ‘gangster politicians’ and an underworld dominated by the interplay between illicit enterprise, licit enterprise and politics. Bosses are defined as ‘mafia-esque characters’ who often ‘possess quasi-magical powers and charismatic authority’ (3). It is the myth of the boss, as portrayed in the media, which inspires and legitimises young would-be bosses, politicians and business people to take to ‘gangsterism’. The ‘art of bossing’ requires the individual to draw together violence, entrepreneurship, diplomacy, political acumen and myth-making in their quest for personal sovereignty through political-economic power. We are shown how the bosses of South Asia move beyond the underworld to influence, or even govern, electoral politics and legitimate enterprise.

An interesting theme running through the seven cases is that land grabbing and construction are key sources of income. These activities help shed light on the symbiotic relationship among crime, politics and legitimate industry in South Asia. Several chapters present nuanced depictions of actors who want to be legitimate, and to help their community, but who are committed to achieving power (more so than profit) though illegitimate means. This means we see bosses and aspiring bosses simultaneously supporting and stealing from their community.

Some of the observations are applicable beyond South Asia, and are issues which many students of organised crime will have considered: the influence of the media on the structure, activity and style of organised crime and illicit entrepreneurs; the use and engineering of local mythology by actors; the interplay among the licit, illicit and grey economies; and the dynamics and utility of feuding. The discussions of the personal characteristics of successful bosses are invaluable, the need for charisma, violent reputations, and to ‘give an impression of affluence’ while possessing a ‘common touch’ (69). Chapter Seven describes how ‘the godfather’ could move between different styles, depending on the situation. He could be a ‘man in control’ and a ‘just king,’ an educated ‘gentleman,’ a ‘fiery activist,’ a persuasive and charming diplomat, and most importantly, an ‘impulsive’ and ‘furious fighter’ with a ‘reputation for brutality’ (195-7).

While there is a great deal to be admired in this book, I take issue with some of the bold claims made in the conclusion – claims which illustrate a lack of awareness of the wider organised crime literature. The first page of the conclusion, for example, claims that “journalists, fiction writers, and academics tend to focus on the spectacular large-scale international organized criminal traffic or on famous charismatic criminal bosses … in contrast, our work concentrates on small-scale, provincial bosses or aspirant bosses” (229).

The majority of organised crime research actually focuses not on the spectacular, but on the local and more routine aspects of organised crime and/or illicit markets. Indeed, one of the benefits of Mafia Raj is that it fills a gap in the literature by focusing on bosses, who are the more difficult actors for researchers to access.

Further, the authors argue that ‘work on crime, violence, businessmen, and politics is often compartmentalized [which] obscures the working of concrete forms of power’. Again, this is not so. One of the strengths of the organized crime field is that it draws from multiple disciplines, including politics/international relations, economics, sociology and criminology. One need only look at the work of Thrasher almost a century ago, and more recent work by Chambliss, and textbooks by Albanese, Antonopoulos & Papanicolaou, and Von Lampe. The authors claim that the ‘relationships between bosses and patrons or between bosses and henchmen are anything but straightforward … They are individualistic bosses in their own right’. This is far from ‘contrary to the literature’, as they suggest, but rather lends support to a great deal of the literature. While the conclusion could have been strengthened with a closer reading of the organised crime literature, it does cover a great deal of ground, and drawing together the seven cases is an admirable achievement. The development of the ‘art of bossing’ theory is quite superb. 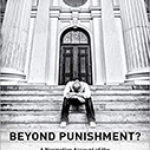 Beyond Punishment?: A Normative Account Of The Collateral Legal Consequences Of ConvictionsBooks, Full Reviews 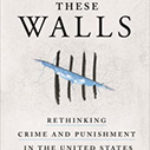 Beyond These Walls: Rethinking Crime And Punishment In The United StatesBooks, Full Reviews