Bringing International Fugitives To Justice: Extradition And Its Alternatives

David Sadoff’s new book “aims to present a novel and robust framework for the operational and legal analysis of recovering fugitives abroad” (4). He easily achieves that goal. Bringing International Fugitives to Justice is the most significant book on extradition since Cherif Bassiouni published International Extradition and World Public Order in 1974 (the book that eventually became the magisterial International Extradition: United States Law and Practice). Sadoff’s book is welcome, not just for its general and significant contribution to scholarship on extradition, but also because of its timely intervention into critical debates about responses to international and transnational crime and it relevance to pressing concerns about the impacts of globalization on criminal networks and international cooperation.

The Executive Director of the non-partisan Center for Ethics and the Rule of Law at the University of Pennsylvania Law School, Sadoff “adopts an agnostic posture” (6) about the policy issues raised by the choice between extradition and the various alternatives to it. His focus, instead, is on the position of states that seek the return of fugitives and the international standards and shared practices that govern those efforts. Notably, Sadoff is not concerned with differences among the internal law of various states with respect to the return of fugitives—a key distinction between his book and Bassiouni’s, which has extensive material on internal U.S. law. His emphasis on extradition as an international or transnational process means that he avoids getting bogged down in the political and legal issues that plague extradition litigation within some countries, and he is able to think in a more structural way about the issues that surround international fugitives.

Sadoff writes clearly and authoritatively, drawing on deep research and experience. The first chapter of Bringing International Fugitives to Justice, appropriately, seeks to define critical terms. Sadoff brings precision to traditional but also ambiguous language in the field—such as the word “extradition” itself (43-49). He also introduces and defines new terms such as “international fugitive from justice” (30-34), and “host state” and “pursuing state” instead of requested and requesting state (34-37). This careful chapter provides the foundation for a uniformity of tone, thoroughness of coverage, and coherence of argument that is impressive in a book of this scale and scope. By contrast, this review can only provide a rough overview of Sadoff’s analysis and achievement.

The second chapter of Bringing International Fugitives to Justice—on subject matter jurisdiction—is simultaneously introductory and substantive. Sadoff provides a valuable overview of extraterritorial jurisdiction, especially universal jurisdiction and its complications (78-95). He also covers the conflicts that arise when countries have concurrent criminal jurisdiction over the actions of a fugitive, and he includes an extremely useful discussion of passive personality jurisdiction, including its embrace by the United States for terrorism-related crimes (98-99).

On the first topic, Sadoff provides a deep discussion of extradition, first as a concept (its history, purposes, and nature) and then as a legal process and a topic of bilateral and multilateral agreements among states. Sadoff ends this part of the book with an in-depth exploration of impediments to extradition, which includes such familiar and important topics as the requirement of dual criminality, statutes of limitation, specialty, double jeopardy, and the reluctance of many host states to surrender their own citizens. Sadoff also takes care in this section to note the role that political tensions and agendas can play in extradition decisions.

The final pages of the extradition section revolve around the relationship between human rights and extradition (291-319). Traditionally, human rights concerns played little if any express role in extradition proceedings. Indeed, the United States continues, notoriously, to espouse a “rule of non-inquiry” that prevents domestic courts from asking about the legal processes, prison conditions, or other treatment that a fugitive will face upon extradition. As Sadoff details, however, many other countries have adopted a more progressive approach. European courts, for example, will ask whether it is likely that persons facing extradition outside of Europe will be subjected to cruel, inhuman, or degrading treatment, or whether they will be deprived of fundamental trial rights by the pursuing state. Sadoff covers all of these topics with thoughtfulness, and he also touches on several other aspects of the extradition-human rights relationship.

The second core theme of Bringing International Fugitives to Justice is “remedial or collateral means to secure extradition” (325). Sadoff explains that this relatively short section of the book addresses the strategies a state can pursue to secure the extradition of a fugitive when “the host state has denied a request for extradition, it has signaled a reluctance to grant extradition, or an apparent impediment to extradition already exists” (327). Sadoff covers appeal of an extradition denial, modification of the extradition request, bilateral negotiations between the pursuing state and the host state, and seeking the intervention or assistance of a third state (327-44).

For the discussion of fallback alternatives to extradition, Sadoff focuses on “second-order preferences”—by which he means efforts by a pursuing state to ensure that the fugitive is brought to justice somewhere at some time, even if not by immediate extradition to the pursuing state. Thus, he catalogs efforts that pursuing states can take to increase the likelihood of the fugitive’s eventual capture, such as sealed indictments, revoking passports, or freezing assets (348-53). Pursuing states can also seek assistance from other states in locating or detaining the fugitive (353-70). And, finally, the pursuing state can press the host state to prosecute the fugitive itself (and here Sadoff has a very helpful discussion of aut dedere aut judicare), promote the transfer of the fugitive to a third state for prosecution, or support prosecution before an international criminal court (371-87).

The last major section of Bringing International Fugitives to Justice is a careful examination of the alternatives to extradition: immigration law, informal law-enforcement cooperation, and unilateral measures. Immigration law is most useful, of course, when fugitives reside in or are attempting to enter a country of which they are not a citizen. Although a state may have a relatively unconstrained ability to deny entry to an alien, its removal processes likely will have more cumbersome procedural steps and requirements. As Sadoff notes, a state’s immigration law may specify the country to which the alien is to be returned, which might not be the country that is requesting extradition (401-02). In addition, human rights concerns play a similar role in immigration and extradition proceedings (413-41). In the United States, for example, it is not at all clear that immigration removal in general would provide an easier path than extradition (which has a famously truncated process). That said, immigration proved to be a successful alternative to extradition in the cases of Joseph Doherty and Desmond Mackin, IRA members who managed to elude extradition from the United States but were ultimately deported to the United Kingdom in 1982 and 1992, respectively.

The other two alternatives to extradition—informal cooperation and unilateral measures—are more controversial because they typically involve deception or force. Cooperation, for example, often includes misleading a third party or even other parts of the host country’s government. Thus, Sadoff describes the case of Abdullah Öcalan, who was a fugitive from terrorism charges brought by Turkey arising out of his leadership of the PKK (477-80). Öcalan came to Kenya in the company of Greek diplomats. Kenyan officials objected to Öcalan’s presence in their country but informed the Greek ambassador that Öcalan would be allowed to leave the country under escort. But, instead of escorting Öcalan to a civilian flight, Kenyan officials delivered him to Turkish law enforcement, who arrested him and flew him back to Turkey. Despite the deception practiced on the Greek government, Turkish courts and the European Court of Human Rights upheld Turkey’s authority to put Öcalan on trial.

Unilateral measures, of course, are even more controversial because they take place outside of the “normal” bilateral or multilateral structures for the return of fugitives. Sadoff points out, however, that this category includes negotiating directly with fugitives for their return to the pursuing country (485-88). The other types of unilateral action—often known as by the more well-known term “rendition”—are “lure and capture operations,” “seizure and delivery operations,” and “interception operations” (482). Lure and capture involves the use of false pretenses designed to convince the fugitive to leave the host state for another country (not necessarily the pursuing country) where he or she will be arrested. This form of unilateral activity, while deceptive, does not violate international law, although some courts and the International Penal Law Association take the position that this kind of deception is illegal (501-08).

Sadoff describes the typical seizure operation as “a clandestine operation in which the fugitive is physically taken off the street, from a railroad platform, or from a home, office, or hotel, whether in broad daylight or under cover of darkness, and escorted by foot across a national border, or brought to an automobile, sea-going vessel, or aircraft waiting to whisk him away from host State territory, sometimes following initial questioning in a safe house or other secure location” (494). He cites the seizures of Adolf Eichmann by Israeli agents in Brazil and of Humberto Alvarez-Machain by U.S. agents in Mexico as the best-known examples of seizure and delivery (494). Sadoff provides an extended and balanced assessment of the legal issues raised by these operations, although in the end he expresses appropriately grave doubts about their legality (508-34, 541-50).

An interception operation takes place when the military forces of one country force an airplane or other form of transportation to deviate from its intended route and instead proceed to a third party state or to the pursuing state itself (498). A famous example of this tactic took place when U.S. military aircraft intercepted an Egyptian government aircraft over international waters and forced it to land at a NATO airbase in Sicily. The plane was carrying four members of the Palestinian Liberation Front who had hijacked the cruise ship Achille Lauro. These individuals ultimately remained in Italian custody and were convicted by an Italian court (499-500). Because these operations usually—but not always—take place outside the territory of any state, they do not raise as many international legal issues as seizure operations, but Sadoff once again provides a fair assessment of the issues (535-50).

Bringing International Fugitives to Justice ends its discussion of the alternatives to extradition by considering their consequences in subsequent judicial proceedings as well as more broadly. To take one example, the traditional view is that a court with criminal jurisdiction over the fugitive will not “inquire into the alleged irregularity by which a fugitive was delivered to the pursuing state” (555). Sadoff examines this rule and its justification, and he also tracks the challenges to it that have begun to gain traction in several countries.

Sadoff concludes Bringing International Fugitives to Justice with a series of “general observations” about the pursuit of international fugitives (593-96). He also forwards a series of recommendations designed to enhance the use of the legal processes associated with extradition and diminish the attractiveness of alternative methods, particularly those that essentially take the form of self-help (596-604). The reader can easily add the conclusion that Bringing International Fugitives to Justice will be a critical reference and guide for anyone interested in these issues. 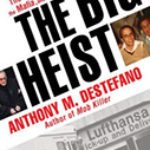 The Big Heist: The Real Story Of The Lufthansa Heist, The Mafia, And MurderBooks, Full Reviews 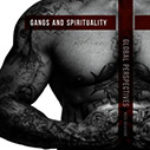