The Big Heist: The Real Story Of The Lufthansa Heist, The Mafia, And Murder

In a reading of The Big Heist, any number of clichés immediately comes to mind, to wit: “let sleeping dogs lie; be careful what you wish for, you may get it; timing is everything; justice delayed is justice denied;” and “hind-sight is 20-20.” With the 2014 indictment of Vincent Asaro, a soldato (demoted from a capo) in the Bonanno Mafia Family, the federal government embarked on a tortured investigation and prosecution of those believed complicit in the now infamous “Lufthansa Heist” of 1978.

DeStefano, a Pulitzer-prize winning journalist, meticulously dissects the prosecution’s case, adding to the seemingly irresolvable mysteries that surround the “largest theft of currency ever committed on American soil at the time.”

Why, one may ask, would the government after 36 years, indict and prosecute a 78-year-old, down-and-out Mafia misfit, given the deaths both intentional and unintentional, of the principles and witnesses who actually participated in the robbery? Why would the government pursue a prosecution with such flimsy information that could not be introduced as evidence? And why did a jury unanimously, and with resounding dispatch conclude that Asaro was not guilty?

For those who wish to understand the Machiavellian and treacherous nature of the Mafia, DeStefano paints a lurid picture of deceit, back-stabbing, and witness nullification [i.e. murder]. Afforded access to trial transcripts, law enforcement files that were previously classified, electronic surveillance, interviews of both law enforcement officials and witnesses who were still alive, Destefano leaves the reader with as many, if not more questions than he answers.

Among organized crime buffs and criminologists who study the Mafia or Cosa Nostra, it is no secret that access to “crooked cops” and “shady businessmen” is often critical in negotiating leverage in order to maintain the mob’s control of territory. Marginalized criminal groups or career criminals often rely upon reciprocal relationships with the Mafia in order to engage in any number of criminal pursuits that often transgress territorial boundaries. Systematic and organized cargo theft, fencing, robbery, hijacking, auto-theft, and protection rackets can only be sustained over time when there is an agreement or accommodation reached with the Mafia family that retains the property rights to a specific territory. This was and is especially true in New York City.

Among law enforcement authorities, it was common knowledge in the 1970s that JFK International Airport was the territorial domain of both the Lucchese and Bonanno Families. The Lufthansa robbery was planned and executed under the auspices of its mastermind, one James “Jimmy” Burke, an “infamous homicidal mob associate [of the Lucchese Family]” (p. 15). Not surprisingly, both the Lucchese and Bonanno Families would share, or expected to share (i.e. tribute) a portion of the proceeds. As the former head of the Brooklyn Organized Crime Strike Force Edward McDonald opined, this arrangement essentially characterized the likely role that Asaro, the Bonanno’s “crew chief” at JFK International, would have played in the Lufthansa Heist.

In explaining the massive levels of thievery that were endemic at the airport, DeStefano exposes the raw political and economic power that were complicit in ensuring that this systematic and organized environment for pilfering and theft remained intact.

What makes DeStefano’s thoughtful contribution to the historical record most significant is the fact that the federal government, after being faced with the passage of an inordinate amount of time, numerous murders and other deaths, no physical evidence, and a dearth of credible witnesses, decided that “the people” deserved their day in court. The government’s decision in retrospect, proved to be a poorly-calibrated risk that was terribly embarrassing to both the FBI and the U.S. Department of Justice.

With the government’s principle witness being Asaro’s cousin and closest confidante, Gaspare Valenti, the prosecution pursued a strategy that ordinarily should have resulted in a conviction on all counts—at least that is what the government’s track record had demonstrated in roughly 90 percent of Mafia-related racketeering cases. So what went wrong?

Notably, the case began as a racketeering case involving five other defendants, all of whom were much younger and appeared more physically-intimidating than Asaro. In what was clearly a series of legal gymnastics, these defendants were severed from the case, leaving the government to prove its racketeering case against an aged, frail, ailing and destitute defendant. In short, the optics were not beneficial to the prosecution.

Once their cases were severed, and the remaining defendants entered into plea-bargains, much of the evidence that would have been used by the government was excluded in Asaro’s trial.  “In the final analysis…the sensational blood and gore surrounding the Lufthansa heist would be kept out of the case,” DeStefano contends. That was a clear victory for Asaro, and a critical and case-defining set-back for the prosecution.

The primary argument that the defense relied upon was that the witnesses presented by the government were serial contract killers and untrustworthy miscreants who would do anything to avoid prison. “Once a liar always a liar. A leopard never changes its spots,” Asaro’s defense attorneys argued.

Salvatore Vitale, whose certified Mafia pedigree was as renowned as his reputation, was far from a sympathetic or believable witness. Having played a role in “eleven murders…and admit[ing] to his share of extortions, loansharking, gambling and homicides,” Vitale’s credibility was compromised when his testimony clashed with the government’s principle witness, Gaspare Valenti. And it certainly did not strengthen the government’s case when Salvatore Vitale reluctantly admitted that for his cooperation, he received $900,000 from the federal government.

The star witness, Asaro’s cousin, Gaspare Valenti who actually participated in the Lufthansa robbery, claimed that it was Vincent Asaro who directed him to rob the Lufthansa air freight company—a claim that was the only testimony that squarely implicated Asaro. While it was clear from the testimony of other witnesses, that Asaro had knowledge of the heist, perhaps before but certainly after, nobody other than Valenti testified that Asaro conspired to rob the Lufthansa facility with Burke and the other co-conspirators.

Of course, the defense played upon the inconsistencies in Valenti’s testimony, which “made him an unreliable indicator of his cousins’ guilt or innocence…” (p. 220). By failing to call any of the aggrieved victims of Asaro’s loansharking and extortion activities, another gaping hole in the prosecution’s case was exposed and relentlessly exploited by the defense.

What was and is mind-boggling given the relatively quick verdict returned – taking just 15 hours after a four-week trial — was that Asaro never testified on his own behalf. This often is the death-knell for defendants, especially in high-profile organized crime cases such as this. Moreover, that an experienced prosecution team could be outmaneuvered by a relatively less experienced and resource-challenged team of defense attorneys made what was deemed a historic acquittal even more painful.

What plausible explanation could be given for the government to have lost such a high-profile organized crime case, given a rather spotless and enviable track record? DeStefano believes that “jurors …were able to look at him [Asaro] for four weeks…They heard the evidence, listened to his sad-sack complaints on Valenti’s recordings about how life had passed him by and how he didn’t have two nickels to rub together…[Asaro] didn’t seem like a threat to anybody. Why should he bear responsibility for Lufthansa when all those involved…had escaped being held accountable?” (p. 230).

Frederick T. Martens is a retired Detective/Lieutenant of the New Jersey State Police. He is the former Executive Director of the Pennsylvania Crime Commission. 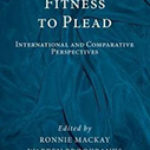 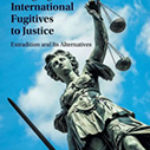