As an invited speaker for the two day webinar, International E-symposium on “Supranational Criminology: Dealing with International Crime,” 4th & 5th August 2020, organized by the Department of Criminology and Police Studies, Sardar Patel University of Police Security and Criminal Justice, Jodhpur in collaboration with the International Society of Criminology and the Indian Society of Criminology, the title of my lecture was Supranational Criminology: The Case for Ron Kramer’s Carbon Criminals, Climate Crimes. It also seemed appropriate that at the same time I write a review of Kramer’s debut book on environmental crime for my favorite online journal of reviews, Criminal Law and Criminal Justice Books. As I articulated in my opening remarks for the webinar, we are living during a period of interrelated worldwide disturbances. The most obvious are the COVID-19 pandemic and related health care crises, the economic and debt crises, the ethnic and migratory crises, and the global warming and climate crises. While these are all worthy subjects for supranational criminology to investigate, I have chosen to focus on ecocide, or to the extensive damage to, destruction of, or loss of ecosystems by human activity. Presently, global warming and climate change have reached a point where peaceful coexistence of Earth’s inhabitants is increasingly destabilizing.

From a global perspective, the struggle for ecological justice and the failure to hold climate crimes and carbon criminals accountable is arguably the existential threat facing planet Earth. In recent decades, a solid body of international criminal law has been created, but it still does not include ecocide or some other variation of state-corporate environmental violence. Although there has been no codification to criminalize environmental destruction, some global advocates would like to include the crime of “ecocide” as the fifth international Crime Against the Peace—joining the crimes against humanity, the crimes of aggression, war crimes, and genocide. Because the crimes of global ecocide are so ominous and so preventable, these crimes against Earth’s ecosystem should be of concern to all criminologists.

Kramer characterizes his book as an exercise in green criminology and in the application of the concept and theory of state-corporate crime. Distinguishing his work from the older environmental criminology, Kramer aligns himself with the “green” criminology and its perspective for expanding the older environmental approaches to crime and victimization research. For example, Kramer focuses his analysis on the relations between crime or criminality and environmental laws, as well as on the evolving meaning of environmental crime and the struggle for ecological justice. Specifically, green crimes involve those harmful activities, defined legally or illegally, which not only cause injury to individuals and the environment, but also threaten the wellbeing of wildlife, impact business supply chains, and pose dangers to the welfare, security, and stability of the Earth’s ecosystems.

Kramer has written a tightly constructed and compelling narrative, providing a historical overview of global warming and climate change, of environmental science, of the development of Green Criminology, of the problems of fossil fuel extraction and rising emissions, of the case for four specific types of crime/criminality, and of environmental movements for social justice, as revealed by his seven aptly descriptive chapter titles: “This Was a Crime”: Climate Change as a Criminological Concern; “Beyond Catastrophic”: The Climate Crisis, Carbon Criminals, and Fossil Capitalism; “When Did They Know”: Climate Crimes of Continued Extraction and Rising Emissions; “The Politics of Predatory Delay”: Climate Crimes of Political Omission and Socially Organized Denial; “Slowing the Rise of the Oceans”: Obama’s Mixed Legacy and Trump’s Climate Crimes; “Blood for Oil,” Pentagon Emissions, and the “Politics of the Armed Lifeboat”: Climate Crimes of Empire; and The “Climate Swerve”: Hope, Resistance, and Climate Justice.

Since the mid-20th century, scientists have attributed global warming to the expansion of the greenhouse effect, or when the atmosphere traps heat radiating from the Earth toward space. In other words, there are specific gases that work in combination to block heat from escaping Earth so the planet is warming up. The most relevant natural gases are Water Vapor (H2O), Nitrous Oxide (N2O), Carbon Dioxide (CO2), and Methane (CH4). To make a very long story short: the atmospheric carbon dioxide levels in the last 150 years have risen from 280 parts per million to 411 parts in 2020, higher than at any point in more than 800,000 years.

Similarly, global emissions on planet Earth are now at an all time high. That is to say, the most important metric of climate health—the amount of carbon emissions—suddenly just got worse, making the largest year-over-year increase in the United States since the end of the Great Recession. Unfortunately, this increase matches the emissions trends around the globe. As a consequence, the Earth is getting warmer, leading to more water evaporation and precipitation overall. In turn, some geographical regions in the world are becoming dryer and other regions are becoming wetter, which destabilizes the make up of natural plant communities, influencing where crops can be grown, and altering migratory patterns of birds, fish, animals, and humans. In the meanwhile, glaciers as well as other ice formations are melting, sea levels are rising, and the oceans are becoming warmer. As for the implications of these trends for crime and crime control, strain theorist and a past President of the American Society of Criminology, Robert Agnew, in 2011made criminological news when he suggested that climate change and the failure to reduce carbon emissions may move us toward a Hobbesian state of nature, with individuals and groups struggling for mere survival in an increasingly harsh and unregulated environment (Agnew, 2011).

According to recent climate change research, the epic migration set to disrupt the world has already begun because of rising sea levels and because of “hot spots” emanating from sub-Saharan Africa to South Asia to Latin America. Climate change models have projected that by 2050 more than 150 million people globally will have been displaced from their homes due to rising sea levels alone. Over the next 30 years, for example, models of Central American hot spots have projected that as many as 30 million migrants will head north toward the United States to escape from drought, food insecurity, and organized street crime. However, if governments take only modest action to reduce climate emissions, the number of migrants moving to the United States could shrink to less than one million between now and 2050.

As I am reviewing here, gross harms against persons and property are occurring 24/7 due to global warming and climate change. That is to say, millions of humans, animals, and plants worldwide are already experiencing both physical harm and emotional trauma. These social realities have already evoked moral outrage from tens of millions of environmental onlookers. Unfortunately, the global outrage has not been enough to overcome these harms and wrongdoing perpetrated by some of the world’s most powerful corporations and economic managers. In short, these organized wrongdoers have pre-emptively justified and prevented their harms from becoming codified into law in the first place. As with other corporate and state harms that have been denied and left unsanctioned by the law, there are additional political actors and lobbyists that have collaborated with these powerful perpetrators to neutralize their widespread victimization.

(1.) Crimes of Continued Extraction of Fossil Fuels and the Emissions of Greenhouse Gases: These criminals include, for example, what Kramer refers to as the 90 “Carbon Majors” or organizational corporations and state actors responsible for 70% of the world’s emissions. These criminals also include President Trump and his Administration’s actions to resurrect the Keystone XL Pipeline, to promote coal, and to continue drilling, both offshore and on federal lands, for oil.

(2.) Crimes of Political Omission or the Failure to Reduce Emissions of Greenhouse Gases: These negligent crimes refer both to the political failures of the International Political Community and to the Trump Administration’s lack of a plan for mitigating emissions. Other crimes of omission by Trump include his withdrawal from the Paris Climate Agreement and his plans for Killing Clean Power, for which Trump et. al., are the defendants in the Children’s Trust lawsuit, Juliana v. United States, filed in 2015 by 21 youthful plaintiffs and still undergoing Interlocutory Appeals in the courts.

(3.) Crimes of Socially Organized Denial: These crimes include the political and ideological denial of climate change and the rejection of climate science. These crimes/criminals include the actions of the fossil fuel industrial corporations such as Exxon Mobil and Koch Industries, conservative foundations/right-wing think tanks such as the Cato Institute, the Heritage Foundation, as well as the Heartland Institute, and many Republican Party politicians as well as Trump’s appointees of climate denialists to his Cabinet. These politicos, like Scott Pruitt to head up the EPA, all treat the science of climate change as a hoax that benefits other nation-states, such as China.

(4.) Climate Crimes of Empire: These crimes include “Blood for Oil” or the “Politics of the Armed Lifeboat,” Pentagon Emissions, the Militaristic Adaptation to Climate Disruptions, such as military build-ups, deportations, the locking up of young children in cages and separating them from their undocumented parents, and the building of Border Walls. Lastly, these crimes of unjust and militaristic adaptations also exclude or push back against any progressive, ecologically just policies from entering into the political arena, such as its Rejection of a Green New Climate Deal.

After spending much time making his case for carbon criminals and climate crimes, Kramer reconnects his opening historical narrative on global warming, climate change, and green criminology with the forward-looking movements for environmental justice. Striving to make these crimes and criminals more than merely symbolic and expressive epithets of moral disgust, Kramer explains how criminologists can connect with the social movements for environmental justice and what they can do to be part of this struggle. The overall joint objective of these groups and organizations is about investing locally and globally in the transition from fossil fuels to solar and wind energy, rebuilding the public commons, and achieving climate justice. Ideologically, what holds these organizations and their shared global visions together is the desire to reinvigorate the historic Public Trust Doctrine as a guiding legal principle on matters concerning the environment. The Public Trust Doctrine, whose roots were derived from ancient Roman law, still operates in many legal systems today.

The Public Trust Doctrine has been used in countries around the world to protect water bodies, shorelines, fresh water, wildlife, and other natural resources. Over time, however, the Public Trust Doctrine or Nature’s Trust as it is also called, has been contracting in the hands of those governments that have taken a statutory or regulatory approach to the environment. Significantly, this approach has allowed for the decimation of natural capital by the interests of privatization. Accordingly, environmental activists have been pushing back against privatization and forcefully arguing for expanding the reach of the doctrine to cover all of the critical natural capital and ecosystem services that support the well being of humanity, biodiversity, the atmosphere, and the oceans.

Of course, the question remains: Will global movements for environmental and social justice become strong enough in less than 15 years to overcome the economic interests of carbon criminals and the climate crimes before global warming surpasses 1.5 to 2.0 degrees Celsius above pre-industrial levels, and the Earth experiences irreversible ice sheet loss and sea level rise increases? 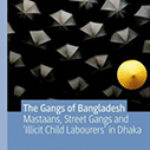 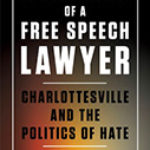 Confessions Of A Free Speech Lawyer: Charlottesville And The Politics Of HateBooks, Full Reviews