Confessions Of A Free Speech Lawyer: Charlottesville And The Politics Of Hate

As the United States anxiously wrestles with long-simmering issues of systemic racism and racial injustice following the killings by police of George Floyd and Breonna Taylor, it is also a propitious time to grapple with hate speech and whether the First Amendment to the United States Constitution should continue to protect it. Indeed, while the U.S. Supreme Court has carved out several categories of speech from the First Amendment’s fortress of protection for free expression – incitement to violence, true threats, and fighting words, for example, are unprotected – hate speech is not among them. This sometimes is considered an instance of First Amendment exceptionalism, with that provision affording exceptional protection for hate speech relative to that granted in many other nations.

Closely tied to the question of whether hate speech should continue to receive constitutional protection is whether the freedom to speak hatefully fuels and facilitates violence such as that in Charlottesville, Virginia, in August 2017 near the “Unite the Right” gathering of white nationalists. Heather Heyer was killed there when Nazi sympathizer James Alex Fields, Jr., plowed his car into a throng of individuals protesting against neo-Nazis and white nationalists such as Richard Spencer and Jason Kessler. That tragedy, as some people may not recall, followed on the heels of a Ku Klux Klan rally in Charlottesville in July 2017 that ended badly when law enforcement tear gassed counter-demonstrators.

Even if hate speech does not directly precipitate violence, its proliferation certainly conflicts with the constitutional principle of equality and degrades the dignity of its targets. We thus might ask, at the big-picture level, this question: While we are considering defunding the police, should we also contemplate defanging the First Amendment?

Rodney A. Smolla, dean of Widener University Delaware Law School and a leading First Amendment scholar who once argued before the nation’s highest court on behalf of racist cross-burners, provides a timely, informative, and oftentimes first-person examination of these thorny free-speech issues in Confessions of a Free Speech Lawyer: Charlottesville and the Politics of Hate. There is a lot to unpack in that title, but in a nutshell this book uses Charlottesville and the University of Virginia – their complex histories intertwined with their noble forward-thinking ambitions, as well as the individuals, movements, and events that engulfed them during the summer of 2017 – as springboards for launching into a lively, vignette-packed analysis of the contentious nexus between racism and free expression.

What is more, as the first word in the tome’s title – confessions – suggests, this book also is partly a cathartic, introspective exercise for its author. Smolla questions whether his long-standing advocacy for free expression somehow made him complicit in the violence in Charlottesville. In the process, he compares and contrasts two different theories of free expression – the marketplace of ideas theory, and what he calls the “order and morality” theory – that treat hate speech very differently.

Smolla confesses, as it were, to having once been “an unabashed and unapologetic zealot” for the marketplace theory. That notion today both dominates First Amendment jurisprudence and largely safeguards hateful expression by privileging the search for truth via an unregulated “free trade in ideas,” as Justice Oliver Wendell Holmes, Jr., famously put it more than a century ago in Abrams v. United States, 250 U.S. 616 (1919). In contrast stands the order and morality theory. It once held sway in the United States, embraced in now aging Supreme Court rulings such as Chaplinsky v. New Hampshire, 315 U.S. 568 (1942), and Beauharnais v. Illinois, 343 U.S. 250 (1952). In brief, the order and morality theory would not protect hate speech because, to use Justice Frank Murphy’s words in Chaplinsky, it is “of such slight social value as a step to truth that any benefit that may be derived from [it] is clearly outweighed by the social interest in order and morality.” This theory thus jettisons some varieties of speech from any First Amendment protection because they are of minimal value in the truth-seeking process that the marketplace theory prizes.

So, where does Smolla stand today on the two theories? He still subscribes to the marketplace of ideas, but in a more nuanced, circumspect, and even slightly begrudging way, calling it in the book’s closing chapter “the best of the bad options.” Coming to the marketplace theory’s defense, Smolla points out that it “protects speech that is only hateful” (emphasis in original), not hateful speech when it is used within the context of one of the unprotected categories of speech noted in the first paragraph of this review, such as fighting words and true threats. For example, the use of the “N” word directed by a white person toward a Black person in a face-to-face argument would be a classic instance of fighting words where that hateful word’s use is not protected. Smolla pushes back against the order and morality theory because it ultimately depends on trusting the government to make judgments for the rest of society about which speech is and is not worth protecting. In brief, distrust of government – distrust of those temporarily in power in a nation so closely divided along political lines – to call the shots about subjective notions of order and morality justifies rejection of Chaplinsky’s approach. As Smolla put it when writing his book well before the presidential election of November 2020, “I suspect that many of those who today might be tempted by the attractiveness of the order and morality theory would not be so keen on having President Trump as the arbiter of what will be deemed orderly and moral.”

This book, however, is about far more than just theories of free speech or Smolla’s views about them or even Smolla himself, although we do learn that he once was working on a script for a Broadway play about the legal and cultural battle between the Reverend Jerry Falwell and Hustler publisher Larry Flynt that ultimately spawned the Supreme Court’s decision in Hustler Magazine v. Falwell, 485 U.S. 46 (1988). Alas, plans for the play were scotched when Milos Forman’s movie The People vs. Larry Flynt hit the silver screen around the same time that Smolla was about to sign contracts for the play. Smolla wryly writes that he had “been ready to give up law teaching and practice and get my black turtleneck sweater and start the life of a writer in Greenwich Village.”

Smolla is a master at creating mini-portraits that bring to life both the individuals and the institutions that animate this book, from David Duke and Richard Spencer to the University of Virginia itself and key officials at that school and in Charlottesville. Smolla seamlessly weaves into the mix crisp and clear encapsulations of important U.S. Supreme Court rulings affecting freedom of speech, generally, and hate speech, more specifically. Smolla even provides a mini primer on American constitutional law in one chapter, distilling it down to three epochs and walking the reader through seminal high court rulings in each.

Smolla also loves language, but not in a “drop in a big word to impress” kind of way. Rather, he adores color and alliteration. For instance, there is this gem on page 41 relating to how the University of Virginia has evolved from Jefferson’s day as its founder until now: “Fast forward to the modern-bouillabaisse-stew-hot-not-your-grandparents’-melting-pot of contemporary culture-war campus politics, where issues of race and sex and power and privilege all mingle, tingle, and tangle in confounding and confusing confluence and conflict.”

In terms of nits to pick – what would a review be without them? – there are a few minor errors here and there. For example, in addressing how Justice Clarence Thomas in the cross-burning case of Virginia v. Black, 538 U.S. 343 (2003), broke his usual tradition of remaining silent during oral argument, Smolla writes on page 200 that “Thomas had not spoken from the bench in seven years.” On the next page, however, Smolla asserts that “Thomas had not spoken from the bench in ten years.” In discussing Ku Klux Klan leader David Duke, Smolla writes that Duke “was voted to the Louisiana House of Representatives in 1989, where he served until 1982” (rather than 1992). But these are minor matters.

Smolla has penned an exceedingly valuable – even essential – book about racism, hate speech, and the First Amendment precisely at the moment that it is most needed. With the nation sometimes convulsing violently amidst the throes of trying to end systemic racism, Smolla makes us think about how freedom of speech might have led us to this combustible point.

Companion or supplemental books one might want to read along with Smolla’s new work include Charlottesville 2017: The Legacy of Race and Inequity (University of Virginia Press, 2018) that I reviewed here in January 2019, and Professor Steven H. Shiffrin’s What’s Wrong with the First Amendment? (Cambridge University Press, 2016). Smolla references or quotes from the former book in several places, calling it at one point “a magnificent collection of short essays by UVA faculty members, reflecting on the aftermath of the Charlottesville violence in 2017.” Shiffrin, a professor emeritus at Cornell Law School, provocatively argues in his book that “the main problem with the First Amendment . . . is that it overprotects speech” and that “legal toleration of racist speech is incompatible with the nation’s commitment to equal citizenship.” Foreshadowing generational shifts in how one views free speech, Shiffrin prognosticated “a social movement rallying around the idea that the First Amendment has become an icon inspiring reckless extremism instead of wise constitutional policy.” Shiffrin, writing in 2016, made that prediction before the events in Charlottesville in 2017. Smolla now sees it becoming a reality, noting that many college and university students today “are disciples” of the order and morality conception of free speech that Chaplinsky embraced.

“It is not that they don’t understand freedom of speech,” Smolla astutely writes about today’s generation of students. “It is that they understand freedom of speech differently.” Indeed, as members of today’s generation inevitably assume seats on the United States Supreme Court in the coming decades, they also will have the opportunity to chart a different course for First Amendment law. And that course, one suspects, might well be far less protective of hate speech. 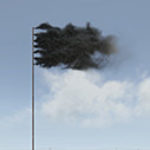 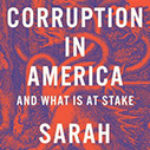 On Corruption In America – And What Is At StakeBooks, Full Reviews