“A mass of facts tells us that if corruption becomes increasingly serious, it will inevitably doom the party and the state. We must be vigilant. In recent years, there have been cases of grave violations of disciplinary rules and laws within the party that have been extremely malign in nature and utterly destructive politically, shocking people to the core.” This was the 2012 admonition by the Chinese President Xi Xinping, an incoming head of state who had earlier that year launched the most sweeping anti-corruption campaign in the Chinese Communist Party’s (CCP) six decade history.

One of the mysteries of China’s inexorable economic growth since the 1980s has been been able to occur despite the Asian nation’s outsized predilection towards corruption. Corruption, we learn in political economy 101, is antithetical to economic growth and development – a scourge that must be eradicated before the virtuous cycle of investment, savings, and growth can take hold. Yet, as University of Michigan scholar Yuen Yuen Ang describes in her incisive and illuminating book, China’s Gilded Age, China’s rise to an economic superpower has always coexisted with corruption. And it is this endemic illicit behavior, she adds, that led even the keenest of observers to conclude that China (at least economically) was bound for trouble, if not outright disaster. She quotes colleague Minxin Pei who sounded the alarm about China’s “incapacitated” and “predatory” state: “The international community should start preparing…for the unpleasant prospect that China may…descend into long-term stagnation.” Ten years later, he repeated the dire prognostication, “The inevitable consequence of crony capitalism is the decay of the Leninist regime.” (5) At the same time, Professor Ang (note to P: not sure how to phrase name) cites other experts who instead think the riddle of Chinese corruption has actually been “less destructive” and thus less costly than its peers like Russia.

Ang’s novel approach revolves around “unbundling corruption” to see its various subcategories: petty theft (stealing and misuse of public funds); grand theft (embezzlement of large amounts of public money by government officials); speed money (petty bribes from citizens to or business to bureaucrats); and access money (“high stakes rewards extended by business actors to powerful officials, not just for speed, but to access exclusive, valuable privileges.”) Ang clarifies that the first three are almost always illicit, while access money can be both legal and illegal. It is this category, the author is certain, that has been central to China since its market opening so many moons ago. As the author painstaking lays out in an impressive prosecutorial case of sorts, China’s corruption in its capitalist era has shifted from quotidian petty theft and overcoming onerous regulations (“greasing the wheels” in her parlance), to the “more sludge than grease” of “special deals and lucrative rights” that is the realm of access money. One question the author might have more fully addressed is how dangerous and ultimately toxic is the latter to sustainable growth? 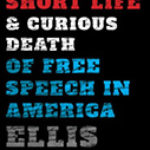 The Short Life And Curious Death Of Free Speech In AmericaBooks, Reviews in Brief 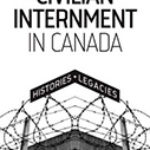 Civilian Internment In Canada: Histories And LegaciesBooks, Reviews in Brief