The Short Life And Curious Death Of Free Speech In America

In his indignant and impassioned volume, The Short Life and Curious Death of Free Speech in America, seasoned reporter and newsroom editor Ellis Cose argues that we are inclined to believe that our contemporary understanding of free speech has existed since circa 1789, or the American republic’s founding. Instead, he proffers, the nation’s “firm and collective embrace” was a decidedly recent (read, modern) occurrence. (8). As he explains it, the Bill of Rights was a “balancing act” between individuals and their rulers, and the federal government versus states. In fact, ratification of the Bill of Rights did not stretch to the states, ensuring that, according to legal scholar David Yassky, constitutional protection of free speech was “quite weak—at least to contemporary eyes. A citizen in 1800 had no absolute right to free speech; if the speech-restricting law was a state law, the Constitution was silent.” (8)

This would all change in the decade and generations after the Civil War that witnessed the abolition of slavery, the Reconstruction era, the Fourteenth Amendment, and myriad court rulings supporting free speech. But even then, Cose explains, free speech as we’ve come to define it today, remained “but an aspiration.” (9) For all intents and purposes, modern free speech is a creation of the 20th century. Cose cites the landmark 1927 Supreme Court case, Whitney v. California, in which a California woman had been convicted in California of membership in the Communist Party. The plaintiff argued that the conviction violated the Constitution, a claim that the Supreme Court unanimously rejected. Despite this objection, Justice Louis Brandeis penned a “brilliant and eloquent exegesis” on free speech’s capacity to drive social transformation. Free speech, as Brandeis envisioned it, was potent and sacred – able to reveal “falsehood and fallacies” and “avert…evil by the processes of education.” In the end, the tonic for deleterious speech was “more speech, not enforced silence.” (10)

The author correctly considers Brandeis’s writing one of the most influential ever penned on the First Amendment. But critical to Cose’s thesis, Brandeis presumed a few things that have not been reinforced by the empirical record: namely that the better argument always wins. More specifically, that “relevant people on all sides of a question were equally capable of being heard and that skeptics were interested in listening.” (10) Cose is convinced that this misconception “continues to inform the thinking of those who see speech as inherently self-correcting.” But this insight still leaves aside the elephant in the room, namely for Cose, the nefarious influence of big money and big corporations. The latter leaves simple folk on the losing (or ignorant) end of putatively “free” speech. And this is where Cose inserts his central argument that he spends the rest of the book defending: “It is not coincidental that historically huge disparities in income have occurred at a time when monied interests increasingly control political dialogue and power…To the extent political speech shapes our democracy (including voting preferences and policies) and therefore our governance, it can be both cause and casualty of economic inequality.” (15) One does not have to fully agree with all of what Cose sees as a logical conclusion to his connection between political and economic concentrations of power, but reading this fine book is something we can all benefit from. 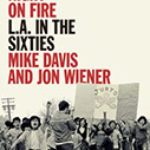 Set The Night On Fire: L.A. In The SixtiesBooks, Reviews in Brief 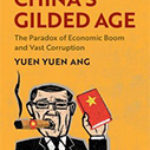