Paul Butler’s Chokehold is a powerful and disturbing exploration of modern American policing and its tragic consequences for black communities across the country.  Butler locates policing within a larger cultural context of white supremacy, entertainment, sports, and a legacy of slavery and Jim Crow. Deploying his academic acumen as a legal scholar and his substantial prosecutorial experience in the federal system, Butler produces a searing account of the racialized animus structurally at work in our criminal justice system today.

At its core, Chokehold unmasks how the political class, law enforcement, and majority white electorates have transformed the black man in America into a symbol of criminality.   According to Butler, this transformation has made black men among the most incarcerated groups in world history.  Butler centers his work figuratively around the very real police tactic of the chokehold.  The chokehold is used to impose submission on a suspect, arrestee, prisoner, or law-abiding citizen.  The tactic has a perverse effect in that the subject is left working against his own interests as coming into compliance is nearly impossible due to the chokehold’s pressure on the neck which naturally causes flailing and panic.  In his figurative reliance on the chokehold as a tool of physical and psychic coercion, Butler compellingly defends his thesis that violence is at the heart of how black men are treated in America.  Such treatment effectively transforms black men, as a group and as individuals, into “thugs” deserving of contempt and punishment.

While Butler’s elegantly written work is stocked with statistics and historical context, it is a compelling call for action.  Still more, it resists the scholarly temptation to pull punches.  Butler writes, “[w]hat happened was that the United States began to use policing and punishment as fundamental way to control the urban poor—especially black men.”   Butler challenges his audience at the outset with his assertion that black men have been curated into “thugs” by the culture at large for very specific and self-serving reasons.  He states that the “thug” archetype serves white supremacy and that, beginning in the 1970s when mass incarceration arose, black men became a group under unrelenting penal threat. Butler then sets about to marshal the evidence to prove these unsettling realities.

In addition to being forthright in its description of policing and the criminal justice system as a form of social control over the black urban poor, Butler is careful to point out that other groups are harmed by this racial targeting.  He notes that black women, other minorities, and the poor writ large are collaterally affected by the extreme marginalization that over-policing and mass incarceration has wrought. Butler also acknowledges that there is not uniformity in thought in the black community concerning how to remedy the real challenges of guns, drugs, and violence that afflict urban enclaves marked by poverty.  Despite this lack of consensus on solutions to rid communities of violence, he also reminds us that America has never achieved the creation of a criminal justice system or policing units free of racial taint.

With great clarity and gravitas, Butler has given us a portrait of America in 2018 that is morally disfigured by the racialized punitive forces that have been at play for decades across the country.  He tells us that we have placed black men in a double bind.  They must rebut the “thug” categorization which arguably gives credence to the lie or fall prey to the whims and violence that often attends the criminal stereotype that trails their every move.  Butler prods us to absorb intellectually and emotionally the disparities in police violence, arrests, and sentencing that black men endure.  He beckons us to look unflinchingly at the pain, loss, and traps we have directed at black men who must live in a society that deems them the criminal “other” unless they, through randomized good fortune or cultural performance, can prove otherwise. Here’s hoping there will come a day when they don’t have to. 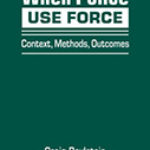 When Police Use Force: Context, Methods, And OutcomesBooks, Full Reviews 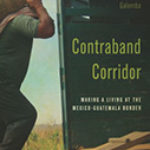 Contraband Corridor: Making A Living At The Mexico-Guatemala BorderBooks, Reviews in Brief