Contraband Corridor: Making A Living At The Mexico-Guatemala Border

Rebecca Galemba’s book could not have come out at a more opportune time. Recent events, specifically the Central American Caravan, have focused world attention on the relatively porous Mexico-Guatemala border. Galemba makes an important contribution by dispelling many myths about this and other borders. Through an in-depth, on the ground, field study, the author demonstrates how much of the flow of illicit commerce across Mexico’s southern border is conducted by humble local people rather than hardened criminal drug traffickers. The primary products they smuggle are basic items such as clothes, corn, and coffee, rather than narcotics or other potentially dangerous or lucrative goods. Instead of being threatening border invaders, Galemba’s informants are merely average people trying to make a living the only way they can. She explains how demonizing lower-class smugglers is a convenient discourse for the transnational capitalist elites whose much more harmful and exploitative cross border commerce is considered licit and legitimate.

Galemba’s theoretical lens centers on what she calls “securitized neoliberalism,” the idea that government militarization and policing are responsible for most of the actual insecurity and violence faced by border populations and immigrants. Such an explanation, now a bit commonplace, is useful to a point. However, it may more accurately fit the circumstances of the sparsely populated Guatemalan border than it does Mexico’s urbanized northern frontier. The violence in border cities such as Tijuana, Reynosa, Laredo and Juárez require more complex explanations. It is facile and politically palatable to reduce “border violence” to the U.S. War on Drugs and the militarized, neoliberal Mexican system, yet such an approach swings the pendulum too far in the opposite direction. Do local poor people—who make up the majority of local police forces and members of bloody gangs such as Barrio Azteca or Los Zetas—have no responsibility for the terror in the streets? Such questions are worth considering, but are not treated seriously here by the author.

In any case, Contraband Corridor is an extremely well-written, carefully observed ethnography that provides a real feel for the life of a border region that President Trump has unfairly characterized as anarchic and scary. Her discussion of the ad hoc methods of border control developed by non-state actors, as well as the different strata of local smugglers, is fascinating. Galemba’s discussion of the evolution, history and construction of the Mexico-Guatemala border region is also revealing. Her emic perspective provides an often neglected window into the ideas and understanding of actual, rather than stereotypical, border smugglers. Such nuanced views are badly needed in this era of Trumpian nativism, xenophobia, racism and anti-immigrant hysteria. Moreover, the strategic importance of Mexico’s southern border to Mexican, Central American, and U.S. domestic and foreign policy will surely grow in the future. Galemba’s ethnography will become a key source for understanding the dilemmas this region faces, as well as how it impacts nearby nations.

Howard Campbell, Professor of Anthropology and Chairman, University of Texas at El Paso 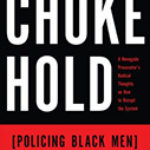 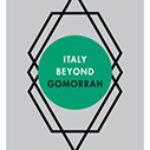