This book presents pioneering work that seamlessly integrates criminological theory with the critical issue of climate change. The book provides a novel window into issues around  climate justice, a growing area that requires much attention. By coining the term ‘climate change criminology’, White situates justice issues around green criminology at a place where a deeper discussion can evolve. In doing so, he proposes a response to Harding’s (1983) call for criminologists to consider how criminology can act on the growing challenges of climate change. The environmental damage caused by global warming and ecocide, and the victims who suffer the most from environmental changes are discussed eloquently in a way that urges the reader to consider responses to climate change for environmental justice.

White organised each chapter coherently, moving from a background and definitions of climate change criminology in chapter one, to clarifying global warming as ecocide  in chapter two. This provides the platform for allocating responsibility to human activity that contributes to global warming. Chapter three is essential for demonstrating how climate change in the form of rising temperatures, has contributed to higher levels of crime. Conflict and disasters that have occurred as a result of climate change are discussed in chapter four. The exploitation of resources, natural disasters and incidences such as water theft are discussed, including illustrations of how some of the effects of these may be mitigated through improved resource management. Next, chapter five does a remarkable job of illustrating the effects of climate change on various victims – both human and non-human. This chapter is important for showing how the most underprivileged are most likely to suffer the greatest harm. The issue of power relations and ecocide is carried forward in chapter six with discussions of corporate offenders and the dire effects of corporate actions on climate change. Chapter seven and eight are the essential conclusions to a book that clearly brings the challenges of climate change to the fore. Chapter seven discusses various criminal justice responses to climate change — from policing environmental issues, to apportioning responsibility for ecocide and environmental crime, to social action that has taken place. Finally, chapter eight succinctly summarises the  discussions raised in the book, clarifying five pillars of climate change criminology and reminding the reader of this exigent crisis.

Evidently, the Anthropocene is widening the boundaries of criminology scholarship (Brisman and South, 2019), with community and non-state actors playing greater roles in both building resilience to climate change (Mutongwizo et al., 2019) and policing environmental risks (Holley and Shearing 2016). White’s interdisciplinary contribution ensures that the intersection between ecocide and climate change is brought forward, as it here to for has remained largely unchartered territory. In short, this book makes a compelling contribution to green and critical criminology, thus shedding light on a topic that urgently needs to be explored.

Harding, R. (1983) ‘Nuclear energy and the destiny of mankind: Some criminological perspectives.’ 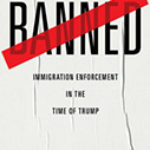 Banned: Immigration Enforcement In The Time Of TrumpBooks, Reviews in Brief 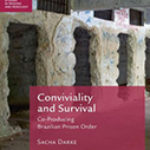