Conviviality and Survival. Co-Producing Brazilian Prison Order by Sacha Darke uses an ethnographic field study of prisons in Brazil to portray how inmate and State-run order coexist within prisons, and how the lack of State presence informs this coexistence. The title is a signal of this synchronism, since the order within prisons is co-produced by officials and inmates, who work together in a delicate, yet effective, balance of power: “To the extent prison staff and inmates want routines to run smoothly, and for neither to be damaged by their prison experience, they likewise have to negotiate” (p. 18).

In the first chapter, Darke introduces the reader to the Brazilian prison reality: subhuman conditions, overcrowding, among others. In this reality, we are presented a key actor for the conviviality within the prison system: the trusty faxina or prisoners who are “officially employed by prison authorities” (p. 11). Other important actors are the Comando Vermelho (CV), a gang that operates both within and outside prisons, the Primeiro Comando da Capital (PCC), a gang that was formed in the aftermath of the Carandiru massacre, “with the explicit aim to protect prisoners from such a tragedy being repeated” (p. 4), and the Povo de Israel, which protects inmates who did not belong, did not want to belong, or could not belong to CV or PCC.

The author contends that northern theories about prisons and their order do not apply to a Brazilian or Latin American reality. As such, he took the political-academic stance to study Brazilian prisons “in their own terms” (p. 20). For example, he thoroughly cites Brazilian and other academic works written in Portuguese, as a way – in my opinion -, to decolonize the theoretical assessment of the prisons being researched. I believe this is a very interesting standpoint, since, as he properly states, some Latin American academic production is highly colonized, always looking at the global north as the “norm,” and not taking into account the difficulties implied in the un-critical adoption of northern penal theories and/or policies.

Advancing through the book, I want to highlight chapters 4 “Surviving through the Convívio ”, 5 “Managing without guards” and 6 “Prison Gangs”, since they are central to understanding how the order is co-produced by inmates and prison staff. Chapter 4 introduces the reader to the culture within prisons in Brazil that sustains co-governance within them. This chapter, just as is the entire book, is thoroughly informed by academic literature about Brazilian prisons. It illustrates the path that prison culture in Brazil has followed leading to co-governance between prison staff and inmates, and of conviviality for inmates. Actually, the roots of this form of administration may be traced to the origins of the prison system in Brazil, and it has evolved to its current form, mostly due to critical understaffing. Chapter 4 also provides a much needed bridge between the theoretical framework contained in the previous chapters (through a summary of these), and what is contained in the following ones.

Chapter 5 is about the ethnographic fieldwork Darke did in a Rio de Janeiro carceragen or lock-up he calls “Polinter”. Here he focuses on “order, authority and legitimacy” (p. 221), through which it is possible to understand how – in the context of a critical lack of personnel – the relations between officials and inmates are organized and how its hierarchy works to produce co-governance. The hierarchy of inmates is composed of colaboradores (trusty prisoners or faxinas in some prisons) and representantes (representatives), among whom there is also a hierarchical order. This order is in constant dialogue with the hierarchy of prison staff, establishing a form of direct relations. All of this produces an orderly equilibrium based on the threat of violence in the relations.

Chapter 6 is a thorough account of the organization of the criminal gangs that are within (and in some cases also outside) prison walls. Also, the chapter describes the complex relationship between the State and these gangs, and how the organization of the latter has brought some stability to life in the prison: “However, it is also true that Saõ Paulo’s prisons have become safer and inmate/staff-inmate relations more predictable” (p. 255).

Finally, the reader is able to see and understand how the lack of State presence, even if it is responsible for producing substandard living conditions in prisons, is overcome by the people who suffer it, who create communal links and maintain ties with their families. In a sense, it demonstrates how organization of marginalized people is a form of resistance.

I believe this book is an important contribution to prison studies, and should certainly be read by scholars interested in this subject, as well as by the general public. 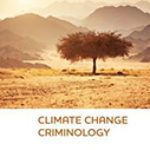 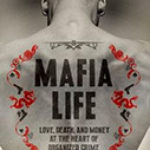