Coming Back To Jail: Women, Trauma And Criminalization

In Elizabeth Comack’ latest book, Coming back to jail: Women, trauma and criminalization, she demonstrates the literal return to jail for women entrapped in the criminal justice system, while returning to jail herself as an author and scholar. Comack recognizes and draws attention to a “net” created by the criminal justice system. This “net” entangles women who face multiple barriers to living in a free society, either prior to their charges, conviction, incarceration, or in anticipation of re-entry after prison. The book is a return to Comack’s earlier work, Women in Trouble (1996), that was based on data from interviews with 24 incarcerated women, where she strove to highlight the invisibility of imprisoned women.

Since that time, researchers in Canada and internationally have continued to make women in prison more visible, drawing attention to the unique needs of women prisoners and working with service providers to help respond to their needs (Balfour & Comack, 2014; Cimino et. al, 2015; Covington, 2002, 2008; Monster & Micucci, 2005; Pollack, 2005, 2009). Comack’s newest book contributes to efforts to emphasize the trauma experiences of imprisoned women, but further, to address the contexts in which these experiences occur, including the continued impact of colonial histories and neo-liberal ideologies within a realm of economic restructuring and increasing global capitalism. She draws on Liz Kelly’s (1988) scholarship to define, operationalize and explore the coping, resistance, and survival strategies that women use to deal with abuse. Further, Comack questions if experiences of imprisonment have changed for women since 1996, if histories of abuse and law violations have continued, and ponders how women experience the new Manitoba, Canada prison. Basically, she asks if women are still in trouble.

Taking a qualitative approach, the author interviewed 42 women living at the Women’s Correctional Centre (WCC) in Manitoba in an effort to learn of developments since her earlier set of interviews. She did not return to the same prison; instead, this study took place within the new correctional facility built in the years since Women in Trouble was published. She did, however, encounter an inmate named Sarah, who she previously interviewed in 1992, and whose story becomes an anchoring narrative woven throughout the book. Comack leads the reader through numerous dimensions of prison life — addiction, the impact of colonialism, abuse, etc. She regularly returns to Sarah’s story to illustrate how prison, and the pathways in and out of prison to some degree, have both changed and stayed the same for women (and Comack) who are coming back to jail.

Consistent with findings from her earlier work, Women in Trouble, the author continues to find the women in her sample have histories of abuse and experiences of trauma, as well as transgressions of the law. She challenges the notion that trauma must be understood as a pathologized individualized issue and, instead, shifts to interpreting trauma through a sociological lens. She focuses on the structural and systemic factors that impact the lives of her participants; a shift that enables her to present the women interviewed as much more than victims of circumstances, as she begins unpacking the intersectionality that also shapes their experiences. Each woman is a whole being with agency who demonstrates “considerable resilience in being able to contend with the ongoing, socially created sources of trauma in their lives” (p. 28). She situates each woman’s narrative “to understand the women’s lives and their troubles with the law,” arguing that to do so “requires a framework that attends not only to their experiences of abuse but also to how experiences of loss figure into their lives” (p. 27).

The trauma experienced by her respondents is illustrated through numerous narratives from multiple women by the wonderful and engaging storyteller that is Elizabeth Comack. She expertly weaves women’s stories of criminalization and trauma within the presentation of structural inequities that contribute to these processes. She also advocates that the “prisoning of women” is another source of trauma, referring to prison as a “contradictory site: at once a treatment centre and a form of punishment” (p. 30). Of note, this is a contradiction that is reinforced in the final chapters where Comack explains how some women get clean in prison yet how prison cannot be good for anyone under any circumstances. She asserts, as others have, that prison can be a place for women to find protection from lives full of trauma, drug, and alcohol misuse and violence. The women interviewed said that prison can be a place to think clearly, figure out their lives and future, and break from abusive relationships. In light of these revelations, it should be asked: what can be done to help women before prison becomes a place of refuge?

The book is well written and accessible to both academic and non-academic audiences, including practitioners working directly with women in prison. In tying her respondents’ stories to the many structural and systemic issues that impact these women and their ability to make choices, Comack is helping service providers see beyond an individual woman’s choices and to instead acknowledge that those choices are made within the restrictions of available, often limited, options. The author asserts that trauma can be seen not as a psychological or individual psychiatric disorder, but as “the lived experience of residing in a settler-colonial capitalist, patriarchal society” (p. 28). However, here, some tension remains. Despite viewing trauma within a sociological framework and challenging current models that look at trauma from an individual, arguably pathologizing perspective, individual women still remain vulnerable in front of service providers when asking for help. This reinforces the essential import of examining structural and systemic barriers, including those of race, class, and gender, that have framed women’s lives, shaping their positioning and needs.

Indeed, effective trauma treatment should incorporate an acknowledgement of historical trauma and how racism, sexism and classism impact daily lives and experiences of trauma (see Covington’s Beyond Trauma and Healing Trauma programs, p. 207). To heal, Comack recognizes, women require individualized programming, and she thoughtfully points out that such programming need not be completed or provided in a vacuum; rather treatment must be contextualized to recognize the neo-liberal and punitive ideologies that shape the life trajectories and lived experiences of women.

Lacing the pages are recommendations from Comack regarding ways society and its various systems can better meet the needs of women. Her suggestions include speaking to strategies of de-colonization, resisting neo-liberal ideas of how citizens should live their lives, continuing to address the gendered violence that women and girls face within patriarchy, questioning why increasing numbers of women are being sent to prison, and changing circumstances on the outside so women do not keep coming back to jail. While these are admirable and invaluable recommendations, and even essential ways of making circumstances better for women in prison, more emphasis is needed in society on confirming the practical means of engaging in these activities. Without such means, the reader may feel impotent, full of empathy for women in prison, but with a lack of ability to inform change.

In summary, Elizabeth Comack’s work provides an excellent sociological framework to think about how trauma impacts women in prison. She expertly presents women’s stories from a place of empathy, and with a drive to compel the reader to see women in prison as being much more than statistics that represent crime, or as deviants who need to be managed, but instead as whole human beings with complex histories of both victimization and criminal activity. 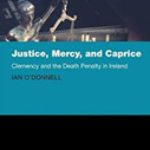 Justice, Mercy, And Caprice: Clemency And The Death Penalty In IrelandBooks, Full Reviews 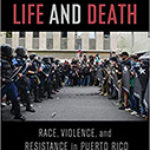 Policing Life And Death: The Perverse Consequences Of An Iron Fist Policy Against CrimeBooks, Full Reviews