Policing Life And Death: The Perverse Consequences Of An Iron Fist Policy Against Crime

According to deterrence theories of crime, crime can essentially be reduced by increasing the probability of conviction and punishment. Thus, a repressive police presence in high-crime areas should reduce crime by increasing arrests that lead to convictions and punishment. In 1992, the government of Puerto Rico pursued such a repressive policy, called the “iron fist against crime,” (mano dura) which included, among other things, the occupation of public housing projects by police and soldiers. Did crime decrease? In sum, it took eight years for the number of robberies and car thefts to decline below the levels of 1984. However, from1992 to 2009, homicides remained higher than in the 1980s (except for the year 1986)!

Marisol Lebrón’s new book, Policing Life and Death: Race, Violence, and Resistance in Puerto Rico (2019) offers a critical assessment of the perverse consequences of the iron fist approach, along with other criticisms of the “punitive governance” forged afterward. Here, I will focus on the sections of the book dealing with crime, while recognizing that other topics, e.g. music and media analyses and the sociology of state violence against students, among others, are also discussed by Lebron.

Beginning with a bit of history, Operation Bootstrap was a development project launched by the Puerto Rican government in the 1950s to modernize the territory, by transforming it from a predominantly agrarian economy to an industrial economy based on federal and local tax incentives (See Caraballo and Lara, 2018; Dietz, 2018). In that sense, Puerto Rico followed the conventional economic growth approach of industrializing to modernize its economy.

Lebron stresses that this economic development project did not include all social strata, leaving many poor individuals out of the formal labor markets. Given its colonial nature, this project had the modernization of the territory as its main target, not the social mobility of poor communities around the archipelago of Puerto Rico. This exclusionary development process led many marginalized individuals, especially the poor and/or black, to enter the underground economy. This economy is composed of the informal sector (legitimate economic activity which skirts official permits and taxes) and the criminal sector (burglary and drug trafficking). This book, unfortunately, offers no clear definition of these sectors or any direct reference to the term “underground economy.”

The book does make clear that the lack of opportunities for social mobility may be the real root of crime, not how a commodity (e.g., drugs) is produced or consumed. As Lebron states: It is this aspect of the drug economy-the labor performed and the income generated-that mano dura disrupted and sought to eliminate in low-income communities, without providing an alternative that would address the underlying structural concerns that made working at the puntos an attractive option in a post-Operation Bootstrap Puerto Rico (p. 49). The Iron Fist policy implemented during the 1990s is well described by Lebron: [Governor]Rosselló pledged to institute a series of legal reforms and new law enforcement policies, including allocating more funds to the police department and doubling the size of the force, limiting the constitutional right to bail, federalizing crimes involving a firearm (thereby making them eligible for the death penalty), and even activating the Puerto Rican National Guard to help combat the crime assailing the archipelago (p. 32).

According to Lebron, the increased probabilities of conviction and punishment advocated by deterrence theorists increased as well as the monetary cost associated with enforcement. For instance, the number of arrests increased by 31% from 1992 to 1993, and the incarcerated/prison population increased by 118% from 1991 to 1995.

New political administrations in the 2000s continued with a similar Iron Fist approach, except that the size of the police force was decreased and new technological devices were given to the police. After 20 years of this punitive approach, the following question remains to be answered: Has the Iron Fist approach worked to reduce crime?

It is hard to establish a causal link between Iron Fist and crime reduction, since other factors may also have had an impact. First, there was a massive gating of mid- and high-income communities across the island. This gating may indeed have made a dent in crime, particularly on burglaries. Secondly, the 1990s was a decade of economic growth in the territory, which by itself tends to reduce criminal activity. Thirdly, the figures for different crimes do not move in the same direction. As Lebron points out: “While mano dura may have resulted in an overall decrease in many crimes, it provoked an increase in homicides” (p. 43).

Because most homicides in Puerto Rico are related to drug trafficking, one can state that drug trafficking became more profitable relative to other crimes because drug prices increased when traffickers charged for the higher transaction costs caused by the heightened police presence. Thus, if one had decided to work in the crime markets, the drug market became more attractive than the robbery market. Herein lies the perversity of repression: higher spending on repressive enforcement may reduce crimes like burglary but eventually increase murders by making drug trafficking more attractive than burglary.

Lebron’s book is well-written and I recommend it, especially for scholars or policymakers interested in an interdisciplinary assessment of the implementation of repressive policies against crime. She argues that Puerto Rico has been a laboratory for many policies, and the implementation of such a crime approach is no exception.

The book could have benefited from comparing other repressive policing in the region with the case of Puerto Rico. For instance, countries such as the Dominican Republic also have a repressive police force (See Kryzanek, 1977). One can argue that the Dominican Republic has a different historical background because of its dictatorship experiences, but Puerto Rico had many imposed governors with military experience, especially during the first half of the twentieth century.

The criticisms of the privatization of jails and public housing could be complemented with factual figures on how the cost per prisoner and per resident in public housing has changed over the years. This is relevant, in my view, because privatization is thought to bring more administrative efficiency (lower costs for the same service) when compared to the public sector, but sometimes such efficiency is not met. In fact, the current administration in Puerto Rico decided to send prisoners to US prisons, even though costs in the US are higher than in Puerto Rico.

Similarly, the post-script could have expanded on the arguably unnecessary curfew that all residents in Puerto Rico experienced after the landfall of Hurricane Maria in September 2017, or on the use of police officers to protect large multinational retailers while there were no agents available to control traffic at dangerous intersections during the blackouts that followed Maria.

The unintended consequences of such repressive policies yielded even worse traffic jams and great congestion at gas stations and restaurants. The analysis of this repressive approach during disaster recovery is a promising area of research that I recommend be addressed by any interested researcher in the future. 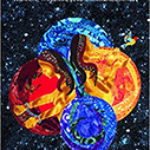 Coming Back To Jail: Women, Trauma And CriminalizationBooks, Full Reviews 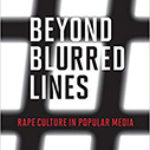