Comparative Policing From A Legal Perspective

This collection on comparative policing is framed by the idea that “legislation coins the basis for the transition of informal to formal policing, thus removing the voluntary, private or even militia-type character of previous models of policing” (p.2). Whilst this is not an entirely defensible interpretation of pre-industrial policing, the second part – the “living law perspective” – is positioned by the Editor’s introduction as an important way of understanding the 21st century relationship between policing and law. Den Boer asserts that the pace of change in the modern world means that formal legal frameworks are too “rigid and immune to change”. The consequence of this, she argues, is that “hard law” is being replaced by “soft law” – regulations, protocols and rules of conduct.

Den Boer then develops her themes for the book with five further framing issues: law and the history of policing; law and police culture; law and the transnationalization of policing; law and non-state policing actors; law and national policing legislation. The first of these provides one of the more memorable passages of the book in which the legislation of policing is compared to the “sediment of legislative history”. The following sentences expand this to explain that this “sediment” has many layers and that police legislation has been approached from neither a sectoral nor national approach but as an “organic and interactive discourse”. Overall, this theme is intended to encourage the authors of the chapters to explore the process and impact of legal adaptations to the political, legal, social and economic changes in the environment. The idea of police legislation as a continuously shifting sandbank responding to the tides of change deserved a chapter all of its own.

The second issue – law and police culture – would probably have been better framed as the impact of police discretion. Indeed, Den Boer cites Robert Reiner’s argument that laws governing police practice are generally permissive and provide scope for police to exercise discretion. Den Boer’s introduction does not quite manage to develop this argument with sufficient clarity. The theme provided an opportunity to make a link with Lipsky’s work on the way that formal policy and regulations are converted into action as “street-level bureaucrats”. Lipsky suggested that the implementation of policies and their underpinning laws and regulations were inevitably reinterpreted as frontline staff tried to match the intent to the reality of day to day problems as they tried to deal with individual citizens and situations. Police officers could, therefore, be seen as adapting law to provide a tool for solving problems that frequently did not fit neatly into a defined requirement.

The two themes which centre on the national laws and transnational policing challenges might have been better combined. The transnationalization of policing to tackle problems such as international terrorism, organised crime, cybercrime and people trafficking has inevitably produced international treaties, codes and standards that have influenced the development of national legislation. It might have been more illuminating to encourage the authors to reflect on the extent to which national o transnational frameworks were operating effectively across different types of policing challenge. The attempt to insert colonial policing into this mix by seeking to frame it as an earlier iteration of globalisation and then link it to the shift from communism to democracy in Eastern Europe was not entirely convincing.

The final theme – the law and non-state policing actors – highlights a very important and generally under discussed area of policing legislation. The introduction might have expanded a little more on the scope of this theme and this would have been assisted by a more substantial discussion of the book’s framework of reference for “policing”. Implicitly, the editor and most of the chapters seem to have adopted the default position that “policing” is primarily about public policing rather than being a broader concept. A more nuanced position in which public policing is located within a wider policing web of public and private agencies responsible for regulating public safety might have been more appropriate. This was particularly the case given that the introduction drew heavily on Shearing and Stenning’s chapter on private policing in which such ideas were developed. Furthermore, the “policing web” model would have introduced the concept of risk and its relationship with regulation and information sharing.

Taken together the five themes provide an ambitious agenda for the book within the overall “living law” approach. This is applied across twenty-two chapters that are organised within three sections: models of policing; new issues in policing; and police organisations. Like many collections bringing together international contributions, the labels for the three sections do not entirely work. For example, “Models of policing”, within the literature on policing, implies a focus on models such as community policing or problem-oriented policing. Criminal investigation and undercover policing would not normally fit this definition and are probably better presented as tasks, tactics or roles within the policing function rather than as a model or way of policing. Similarly, it is difficult to argue that policing terrorism is a “new issue” given that nineteenth century Victorian police forces in the UK were faced with tackling Fenian (Irish) terrorism and anarchists, and Middle Eastern terrorism had been a significant issue for policing well before 9/11. The “new issues” label does more properly attach to Munk’s chapter on policing virtual spaces or cybercrime (as the content of the chapter makes clear).

Whilst the three sections and twenty-two chapters cover a wide range of topics, the geographic focus, with the exception of a slightly formulaic chapter on China, is firmly on European, North American and Australasian examples. Given the central theme of law and its influence on policing, it would have been good to see a more substantial focus on Asia, South and Central America and Africa. Democracy protests in 2019 in Hong Kong, demonstrations against austerity in Chile, and the mass protests against police handling of serious sexual assaults in India emphasise the importance of as global a perspective as possible when considering an issue such as policing from a legal perspective.

The most surprising omission from the index and from any substantive discussion across the chapters, however, is the relationship between a “legal perspective” and the important and growing literature on police legitimacy. There is a small section in the final chapter on governance and a light dusting of other references to Tyler’s work on procedural justice. Given the centrality of “lawfulness” to Tyler’s model of procedural justice, the absence of a thread on legitimacy running through the book was a disappointment. In areas such as stop and search (stop, question and frisk) powers, terrorism prevention and intelligence-led policing, the interconnection between legal frameworks and legitimacy provides one of the most important debates in the policing literature.

Taking the three sections in turn, in the first – models of policing – Mawby’s article on policing systems stands out as an important piece on the “comparative” approach which features in the title. Mawby highlights the importance of a comparative approach in understanding the development of policing systems across the world. His approach is global, in contrast to O’Neill’s analysis of criminal investigations which is largely rooted in an England and Wales context. By taking more of Mawby’s approach and contrasting the crime reporting and investigation systems of English, European and Asian countries such as India, the article might have offered more comparative insight about the purposes, assumptions and different regulatory systems. The same could be said of the chapters by James and Harfield on intelligence-led and undercover policing. However, all three chapters did provide insights on the overall editorial themes, summarised by Harfield’s caution in his conclusion that “any legal framework is only as strong as the way it is applied and managed”. In doing so, he highlighted the importance of the ethical, professional and governance framework that police legislation operates within.

In the middle section – new issues – terrorism, organised crime and cybercrime (virtual space) may not all be “new” issues, but the three chapters each have some important observations. In Den Boer, et al.’s terrorism chapter, the concluding thoughts on the emerging importance of de-radicalisation and preventive interventions draw out the “new” focus in this area compared to 1980’s and 1990’s approaches. In terrorism, the convergence of legislation and prevention frameworks has been more coherent than in organised crime, as Allum and Gilmour observe from their analysis of developments across Europe. Even more problematic has been the response to cybercrime, whereas Munk’s chapter sets out well, there remains a “lack of consensus” in how to manage it and how to work across boundaries. All three chapters point to the important intersection among policing, security agencies and foreign policy which make transnational policing of these three issues such a legal challenge. On the other hand, by focusing on the police legislation view, the chapters probably give insufficient attention to the “cop to cop” nature of the day to day transactions that often precede more formal engagement with law.

In the section on police organizations from a comparative perspective, the chapters on training, research and leadership stand out. Ferreira, et al. provide some much-needed empirical support for their discussion of the process of training police officers. They start to develop some critical themes on the relationship between police recruitment and training and the legal and professional education required to perform the role well. They make an important observation that traditional patterns of recruitment and training are ill adapted to prepare new officers for the new challenges of policing in the 21st century.

Overall, this is an interesting volume which adds a useful perspective to the study of policing. It does not quite reach the ambition of all the Editor’s themes, but it does provide an important new view o policing and its relationship to legislation. 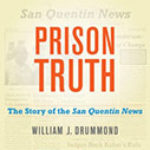 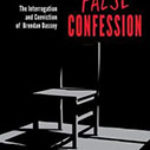 Anatomy Of A False Confession: The Interrogation And Conviction Of Brendan DasseyBooks, Full Reviews