Prison Truth: The Story Of The San Quentin News

When I took a journalism course in San Quentin Prison’s college program in 2012, 1 had already been on staff of the San Quentin News (SQN) for a couple of years. Professor William J. Drummond taught the class. And, similar to the extremely knowledgeable and well-seasoned SQN advisers I had daily interaction with on the newspaper, he was in his seventies. There was one distinction though. Drummond was Black. For me, it was a godsend to have someone like him teach a college level journalism course inside of a prison.

Drummond’s experience as a Black journalist offered a perspective the other White advisers could not. So, sitting in that classroom and hearing Drummond tell his story, I developed the belief that I too could thrive as a good reporter. Inspired by his story, I asked him to drop into the offices of the San Quentin News with the intention of enlisting his support for our paper. Today, after nearly eight years, Drummond continues to be a principal figure in the newsroom, and he is still the only Black SQN adviser.

Prison Truth: The Story of the San Quentin News, (2020) by William J. Drummond, tells the tale of how different people who came from varying ethnic, cultural and social backgrounds came together to collectively establish and produce an award-winning newspaper from behind prison walls. Drummond goes even further by focusing individual chapters on many of the principal subjects of the book.

In a rather critical review of Drummond’s book, Sewell Chan of the Los Angeles Times commented:

“Unfortunately, the book suffers from disorganization. It’s most telling chapters recount Drummond’s days as one of the only African American reporters at The Times, then owned by the Chandler family. In the mid- 1960s, when Drummond joined The Times from the Louisville Courier-Journal, the paper’s staff was nearly entirely composed of white men, so much so that the newsroom enlisted a black classified advertising manager, Robert Richardson, to help cover the Watts riots.”

As being myself one of the subjects of Drummond’s book, Chan’s alleged “disorganization” doesn’t seem apparent. I find Drummond’s story a relevant telling of what the SQN is, albeit offered from the perspective of an adviser. What Drummond highlights is important for a Black audience. It is credible and organized in a way that makes sense, as he accurately depicts each incarcerated staffer.

After talking about the book with some of the other SQN advisers, I found them to also be critical of the book, referring to “factual errors and poor research.” They are correct about factual errors, but none reaches the level that would diminish the book’s credibility. As far as the research, it is clear that Drummond did little original reporting, rather most of his material comes directly from the incarcerated staff. Over the time of his advisory guidance, he had access to tons of our personal manuscripts, articles and commentaries. So, in that regard the book’s material is error-free. In addition to the material he got directly from the incarcerated staff, he draws from at least five major publications that have reported on SQN. Drummond just patched everything together as he quietly sat back on Sunday evenings, assisting the staff when called upon and having conversations with us about what it meant to be a Black reporter in the 1970s, to work in the White House, or to teach at the University of California, Berkeley.

One of “the prison truths” is that when Drummond came on board as an adviser to SQN, and talked UC Berkeley’s Haas School of Business into writing a business plan to improve the paper’s sustainability and to expand its reach, several SQN advisers said they didn’t want to be a part of that and walked off the job. After several months, they returned, but the experience was revealing to me as an incarcerated Black journalist. Since that time, more retired journalists have joined the ranks of SQN advisers; however, there is no one of color.

Can Journalism Be Saved?

As the newspaper’s senior editor, I listen to ideas, write, co-write and re-write stories with a level of compassion that exposes issues largely unknown to the public. A central goal of the newspaper is to humanize incarcerated people while giving readers an honest take on the consequences of breaking the law. However, managing a prisoner-run newspaper where its publisher is the California Department of Corrections, as well as adhering to the tenets of journalism, creates an implicit conflict. Drummond recognizes this tension and questions SQN’s role in journalism.

Nicholas Lemann asked if journalism in general could be saved in his piece in The New York Review of Books, Feb. 27, 2020 edition. Lemann’s take on the future of journalism shares what Drummond finds in Prison Truth, which is something all the paper’s advisers and incarcerated staff believe: the story selections in SQN provide readers better choices about understanding their lives. In an environment where a large majority of the population has made bad choices, getting that kind of news is extremely beneficial to the whole of society, both free and incarcerated.

Nevertheless, regarding journalistic integrity, The Society of Professional Journalists claim that “[t]he highest and primary obligation of ethical journalism is to serve the public” through an independent lens. Prison officials say they want SQN to be a legitimate news agency and to treat its reporters with the same respect and professionalism as mainstream reporters. The prison officials see their job as being to review the paper solely for “safety and security concerns,” never interfering with story ideas, censoring content, or exercising editorial control— all of which responsibilities are in the hands of prisoners.

Nonetheless, there is a degree of complexity surrounding prisoners managing a newspaper. When stories address the harsh living conditions behind bars, prison officials may not like it, but they don’t interfere. The paper has reported on the Hole (solitary confinement), Death Row, medical care, and other matters that effect how prisoners live – subjects only occasionally read about by the public. As an example, when Legionnaires disease hit San Quentin, SQN covered it. Some of the incarcerated staff wondered if prison officials would react negatively to the reporting. They did not.

On another occasion, SQN surveyed the mainline population about mental health services. The results cast a bad light on correctional mental health service providers and afterward, they let the staff know of their displeasure. But SQN stood by the story, saying the survey results were what they were, and the data checked out. The staff learned that investigative journalism gets uncomfortable, but it is necessary for good reporting. The result is that many stories are unique and fresh takes on criminal justice, since they come from a source that the public typically takes for granted, or more importantly thinks cannot possibly contribute to the community.

In many stories, the SQN staff engage in a balancing act; the benefit of producing relevant and honest news about the prison system versus producing relevant and honest news about how to benefit the lives of people who live behind bars. SQN staffers consider their boots-on-the-ground reporting to be essential in the debate about achieving social justice, prison reform efforts, and general public betterment. 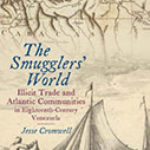 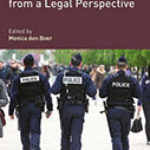