Crimes, Harms, and Wrongs: On the Principles of Criminalisation

According to the most recent figures from the Bureau of Justice Statistics, approximately one out of every thirty-two adults residing in the United States is under some form of correctional supervision, whether incarceration, probation or parole. This comes to over seven million individuals, or nearly twice the population of Los Angeles. Although American jurisdictions may be unusual in their fondness for the criminal law, criminal sanctions are of course a popular and broadly used policy mechanism across the globe. In light of this ubiquity, the importance of understanding the proper scope of the criminal law is hard to overstate. In their new book, Crimes, Harms and Wrongs, A.P. Simester and Andreas von Hirsch present an informed and systematic account of the principles that, in their view, should structure decisions about what to criminalize, and when.

Crimes, Harms and Wrongs begins with an account of what it means to criminalize conduct. According to Simester and von Hirsch, what is distinctive about the criminal law is that it “speaks with a moral voice,” such that in criminalizing conduct, the state thereby announces that it views such conduct as morally wrongful. (p.6) This generates two consequences: first, that whether X is properly criminalized depends crucially on whether X states a moral wrong; and, second, that the point of using the criminal law—as opposed to less morally freighted regulatory options—is to communicate that wrongfulness. Not all wrongs, however, should be criminal wrongs; a positive case in favor of criminalization must be made in terms of the harm principle, offense to others, or paternalist intervention. Indeed, absent such a further justification, the fact that conduct is wrongful does not provide even a pro tanto reason in favor of criminalization. (p.29)

The bulk of Crimes, Harms and Wrongs is devoted to unpacking each of these principles, and discussing their application and limitations in various contexts. The principle aim of Simester and von Hirsch’s discussion of the harm principle is to limit its reach through the notion of what they call “fair imputation.” They defend a fairly capacious understanding of the offense principle, hedged by various “mediating principles” such as social tolerance and the difficulty of avoiding the offensive conduct. In contrast, they argue for a relatively restrictive understanding of permissibly paternalistic interventions. They claim that paternalistic coercion—absent grounds for thinking a particular individual’s understanding of her own preferences are temporarily disordered—should not typically be considered a reason in favor of criminalization. While they take a somewhat more accommodating line toward indirect paternalism, which removes otherwise available options rather than coercing an individual directly, they nevertheless argue against even widely-accepted instances of indirectly paternalistic criminal regulation, such as the ban on assisted suicide. The book concludes with a critical discussion of the UK’s relatively recent anti-social behaviour order (ASBO) legislation, which allows judges to impose wide-ranging probationary conditions on individuals suspected of anti-social, but not necessarily criminal, conduct.

As I have noted, the central concern that Simester and von Hirsch address in connection with the harm principle is whether any limit can be placed on the more and more remote harms that may in some sense be traced back to seemingly innocuous conduct. The regress of harm is stopped, they argue, by the notion of “fair imputation” – that is, even if engaging in certain type of conduct in some way contributes to a future harm, it must still be explained why that harm is not just causally but morally traceable to the initial class of agents. If that account cannot be made out, then the state would in effect be criminalizing non-wrongful conduct.

What fair imputability requires depends on the kind of harm in question. Simester and von Hirsch distinguish between (a) harm as abstract endangerment (by which they appear to have in mind endangerment offenses that are complete even when in a given case it is clear ex ante that there is no actual risk of injury); (b) harms whose occurrence is predicated on further acts (by the individual or someone else); and (c) those that are constituted by aggregate actions to which any given individual contribution is likely to be trivially minor. Thus, the duties of social cooperation in the provision of collective goods looms large in the context of abstract endangerment offenses (such as, for instance, obeying the speed limit on the interstate), whereas gun control legislation, which regulates some on the basis of harms inflicted by others, depends on the degree to which the class of defendants can be said to be “normatively involved” in the resulting harmful acts. Where there is no affirmation or identification with those further acts, criminalizing the initial, non-wrongful act amounts to authorizing punishing X for the crimes of Y.

This strategy for cabining the reach of the harm principle places a great deal of weight on the proposition that criminalization is only appropriate when the conduct criminalized is wrongful, a proposition that rests in turn on their view that the criminal law “speaks with a moral voice.” But this proposition highlights a general methodological concern with Simester and von Hirsch’s argument. When they assert that the criminal law speaks with a moral voice and communicates the wrongfulness of certain types of conduct, Simester and von Hirsch are evidently speaking of criminal law in an idealized sense—not the extant black-letter law of this or that jurisdiction, but rather the underlying social function of the criminal law. So far, so good. The concern arises, however, when Simester and von Hirsch turn from describing the abstract social function of criminal law to providing an evaluative framework for extant positive law. After all, since an abstract function can be concretely instantiated in many different ways, it is not clear there is any reason to think that the condemnatory-communicative function Simester and von Hirsch have identified in the abstract corresponds with what actual legislatures have historically labeled “criminal.” Arguably, areas of tort, administrative and immigration law may also serve a condemnatory-communicative function, while large swaths of so-called “criminal” law do not. This could be true even if Simester and von Hirsch are correct that one important function of the law is to condemn certain types of conduct as wrongful.

The potential misfit between the abstract function of the criminal law and how actual law is labeled leads Simester and von Hirsch into some rather curious positions. For instance, one finds them insisting that what makes it justifiable to make a criminal offense out of speeding on the highway even when one can safely drive above the limit is that “drivers have an obligation to cooperate in a safety-promoting scheme by observing certain speed limits,” and that people may “properly be held to blame for … refusal to cooperate in that scheme.” (p.62) I do not know whether or not there is such a moral obligation. But why do we even need to answer that question? Simester and von Hirsch appear to presuppose that the sheer fact that such an offense happens to be administered under the auspices of the “criminal” law means that it must be part of the abstract social function they identify with criminalization, which in turn drives the thought that such offenses must involve a violation of some kind of moral duty. One might well have thought, however, that the character of the justification we should give for a legal rule ought not turn in the first instance on how that rule happens to have been labeled. In fact, it seems to be an upshot of Simester and von Hirsch’s position that if the legislature decided to re-label traffic infractions as regulatory infractions tomorrow, then whether or not there is the kind of moral duty Simester and von Hirsch insist upon would suddenly become immaterial to the justification of the fine imposed on the speeding driver. The problem, of course, is not limited simply to trivial offenses. If a state were to impose very severe monetary penalties on the possession of narcotics, for instance, the justification for that kind of state action probably ought not turn on whether the state (perhaps adventitiously) decides to describe those penalties as criminal fines or as civil taxes.

In short, the failure to sufficiently distinguish between the idealized condemnatory-communicative function of the criminal law identified by Simester and von Hirsch and actually extant criminal law makes it difficult to apply the principles they sketch in Crimes, Harms and Wrongs to evaluate existing legislation. For while it is surely the case that not everything that is actually contained in any actual criminal code is consistent with the principles they describe, before we can conclude that a suspect statute is unjustifiable criminal law, we need to know whether that statute is criminal in more than name only—since, if not, Simester and von Hirsch’s principles (e.g., of fair imputation) do not even apply.

Finally, as noted earlier, Simester and von Hirsch allow that the offensiveness of conduct can be a legitimate ground for criminalizing it. They construe offensiveness in terms of conduct that – rather than simply eliciting psychological states of disgust or offense – can be rationally explicated as insulting or degrading or, more generally, disrespectful. It is not enough that conduct is upsetting; reasons have to be given to explain why such conduct counts as, e.g., an insult or exhibitionism or some other category of offensive conduct. Surprisingly, however, Simester and von Hirsch insist that criminalization of offensive conduct should be limited not just to conduct that is wrongful, but also to conduct that is harmful in addition to being offensive. As they acknowledge, this raises the question of whether there is one principle here or two–whether what matters, for the purposes of criminalization, is the harmfulness of offensive conduct, or the offensiveness of harmful conduct. If the former, then the so-called offense principle would appear to be little more than an articulation of a particular use of the more general harm principle. Simester and von Hirsch argue that this misunderstands the harm principle, as it may be legitimate to criminalize some types of harmful and offensive conduct (hate speech, for instance) but not others, since not all such instances are wrongful. This reply is puzzling, however, as the reasons Simester and von Hirsch adduce for viewing wrongful behavior as a constraint on criminal legislation are based on their views about the censorious character of the criminal law, rather than anything particular to offensiveness. Of course, it may well be true that the motivating factor behind, say, a state’s adoption of hate speech legislation is the extraordinary offensiveness of the conduct rather than its harmfulness per se. Nevertheless, if hate speech genuinely does cause a fairly imputable harm, then it is punishable under the harm principle regardless of what the motivation for such legislation was. Similarly, although offensive conduct may involve a specific type of wrong and a specific type of resulting harm, as Simester and von Hirsch allege, that would nevertheless appear insufficient to explain why offense is a distinct principle rather than simply a particular application of the harm principle.

The enormous reliance that modern states place on the criminal law strongly suggests that enriching our understanding of the proper scope of the criminal law is one of the most important tasks on the agenda of criminal law scholars. With Crimes, Harms and Wrongs, Simester and von Hirsch have made a significant contribution to that project.

Vincent Chiao is an Assistant Professor of Law at the University of Toronto. 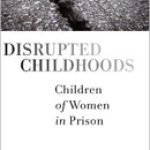 Disrupted Childhoods: Children of Women in PrisonBooks, Reviews in Brief 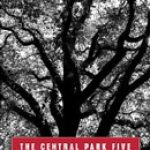 The Central Park Five: A Chronicle of A City WildingBooks, Full Reviews