Disrupt, Discredit, And Divide: How The New FBI Damages Democracy

Disrupt, Discredit, and Divide is a frightening book because it is a nonstop catalog of civil rights abuses by the Federal Bureau of Investigation. Within the 300+ pages of the book, one encounters victims who are African-Americans, Arab-Americans, Asian-Americans, environmental protesters, FBI whistleblowers (white as well as minority), Native Americans, and political activists, not to mention the general public at large. Seemingly the only ones safe from the FBI’s abuse are white nationalists, whose violent acts were, according to author Mike German – once an FBI Special Agent himself – minimized by the Bureau and often not investigated as potential acts of terrorism.

German’s excellent previous book, Thinking Like a Terrorist: Insights of a Former Undercover FBI Agent (2007), covered some of the same ground as Disrupt, Discredit, and Divide, arguing that the FBI was focusing too much on intent rather than effect in its counterterrorism efforts, resulting in disproportionate attention to Muslim-Americans and not nearly enough to white nationalists. Here, instead of a prescriptive perspective, he takes an unflinchingly critical one.

This book is divided into three parts structurally, but thematically it consists of two types of stories. First, there are the personal accounts of those who were investigated by the FBI seemingly because of stereotyped views of Asian-American and Arab-American agents as “others” (Chapter 3, “Fear of Foreignness”; Chapter 4, “Targeting Their Own”), Islam as a religion of inherent violence (Chapter 5, “The Radicalization Theory”; Chapter 6, “Disrupting Muslim Civil Society”; Chapter 7, “Scapegoating Muslim American Communities”; African-Americans as criminals (Chapter 8, “Criminalizing Black Identity”), and Asian-Americans, Native Americans, political activists, and protesters as disloyal and untrustworthy (Chapter 9 “Targeting Innocent ‘Others’”). Second, there are sections that broadly cover the FBI’s lack of institutional controls (Chapter 1, “A ‘Culture’ of Arrogance”; Chapter 2, “A Lack of Internal Controls”), and its overlooking of domestic threats that do not involve minorities or immigrants (Chapter 10, “The Watchdog That Didn’t Bark – Ignoring Executive Abuse”; Chapter 11, “White Nationalism and White Collars”).

The FBI’s nearly singular counterterrorism focus since 9/11 on the Arab-American and Muslim-American community may not be surprising to readers, but German lays bare the FBI’s “radicalization model,” one which postulates that the path from innocent to terrorist is a four step process beginning with “[a]dopting a new ideology” – and not just any ideology, but one in which “converts to Islam post a heightened risk of becoming terrorists” (p. 110). An FBI checklist directed agents to examine not just felony convictions for crimes of violence, but also whether “the subject changed his physical appearance…” (p. 111). German notes that such guidance would explain how Julia Shearson, “a hijab-wearing, mosque-attending Muslim convert, international traveler, and university-trained political activist” could end up on a terror watchlist (p. 111). This particular radicalization model may have been created for the post-9/11 world, but German traces the history of U.S. anti-radical efforts back to before World War I through the notorious COINTELPRO (p. 112-25).

Other victims of FBI abuse that we meet include Rita Chiang, a Chinese-American FBI agent suspended on suspicion of having leaked classified information to a Chinese-American informant revealed to be a double agent. The only apparent “evidence” the FBI had against Chiang was a failed polygraph examination (actually, the third one given, since the first two were inconclusive), and perhaps suspicions that an agent of Asian descent would betray the United States to an Asian country. As it turned out, the actual leaker was Chiang’s supervisor, a white male who was having a sexual affair with the double agent (p. 77-78). Or Jane Turner, a highly decorated agent who “became a nationally recognized expert in crimes against children and consistently received high ratings in performance evaluations … until she filed a discrimination complaint [against] a male supervisor…” (p. 96). At that point, supervisors downgraded her performance reviews, undermined her efforts, transferred her to a different office, and insinuated that she was mentally unfit for duty. Or Mike McKinney, an African-American agent who specialized in undercover sting operations against mostly African-American public officials. Yet when he was promoted to a new position that “gave him a national perspective on FBI corruption operations … he could see the bureau was disproportionately targeting black politicians with sting operations” (p. 186-87). His internal complaints went nowhere but did lead to a two-year investigation of him.

These stories and others are disturbing and infuriating. While German does not provide an official response from the FBI, any such response would almost certainly have been some variation of the anodyne “we do not comment on internal personnel matters.” Moreover, what he does provide where available are sworn statements or testimony from FBI officials in cases that went to litigation.

The parts of the book that focus on lack of institutional controls on the FBI do so from a post-9/11 standpoint, but also demonstrate that these problems pre-dated the September 11 terrorist attacks. After the debacles at Ruby Ridge and Waco, as German notes, the FBI managed to escape serious congressional scrutiny. Indeed, German aptly quotes Senator Charles Grassley, who observed that investigations of FBI scandals result in “a bigger budget, more program jurisdiction, and the director walks out of this room with a nice pat on the back” (p. 28). That pattern continued after 9/11, with Congress quickly enacting the USA PATRIOT Act, which expanded or created enhanced surveillance tools for the FBI (p. 37). This account doesn’t break new ground, but the it does tie into German’s thesis of a Bureau that consistently responds to problems with requests/demands for more powers.

This book is essential reading for anyone with an interest in post-9/11 domestic counterterrorism, and for criminal law (and ethics) professors; German’s detailed account of his own whistleblowing experience alone is worth the price of the book. It answers the question of why a Special Agent who had been extremely successful at infiltrating domestic terrorist groups in the 1990s ended up leaving the Bureau a decade later to join the American Civil Liberties Union and argue against expansion of FBI authority (p. 56-58). It turned out that while preparing for an undercover operation, German learned that the informant on the case had violated the federal wiretap law by leaving a tape recorder behind in the room with the targets, thus recording a private conversation without the consent of at least one participant. German’s internal efforts to address this violation resulted in an astonishing degree of retribution against him, including falsification of documents and counter-allegations of wrongdoing (p. 58).

One final observation about this book relates to the title. German writes about “the new FBI,” but as noted above, there are many portions of the book that link the post-9/11 civil rights abuses to earlier – and in some instance, much earlier – government abuses. To be sure, the new abuses are like the old ones on steroids: more virulent and more widespread, and so the magnitude of concern is definitely higher. Indeed, in some ways, it is even more worrisome that the problems that German writes about have plagued the FBI far longer than the past 19 years, and that our political/legal system has yet to come up with an effective system of oversight. 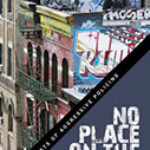 No Place On The Corner: The Costs Of Aggressive PolicingBooks, Reviews in Brief 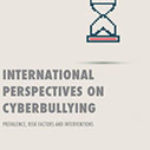