This thickly researched well-written book should be of great interest to historians, criminologists, and legal scholars alike. The Netherlands is best known in the United States as a soft drug-policy innovator, starting with its early liberalization of cannabis laws during the 1970s.  But as Snelders reminds us, the country has long served as an active hub of European drug smuggling, with a long history of shifting illicit trades in opiates, cannabis (including domestically-grown nederwiet pot), and by the 1990s, designer and synthetic drugs like XTC/MDMA/Ecstasy. The upshot, according to Snelders, is not a policy success story, but rather one in which smuggling networks have mostly grown and multiplied under the stimulus of legal restrictions, subverting the Dutch state’s drug control aims and policing arms. Just as interesting are the subtle ways Snelders draws out the flexible decentralized (“hydra”) nature of successive smuggling rings—as almost the polar opposite of the popularized “cartel” or official organized crime model of drug trafficking. Dutch drug smugglers have also been successful over the decades due to their social “embeddedness” in Dutch society, whether as far-flung diasporas (Chinese, Pakistani, etc.), regional networks (in Rotterdam or border villages), or occupational or cultural subcultures such as truckers, sailors, or hippie entrepreneurs. In this sense, Dutch drug smugglers seem neither radically alien nor deviant.

Drug Smuggler Nation is both an extended twentieth-century archival history of drug smugglers, but also richly draws on, in later chapters, the remarkably detailed national criminology or ethnographic literature that these trades inspired.  A chapter overview may convey the book’s chronological range and range of historical actors.  Chapter 1, “Drug regulatory regime vs criminal anarchy,” serves as a methodological preview, particularly on how best to study smuggling practices and organizational structures.  Snelders ultimately labels smuggling as a form of “criminal anarchy.”  Chapter 2, “The Interwar Period” lays out the first international and Dutch regulatory efforts after World War I, and other Dutch interests in drugs, which begat initial illicit networks. In Chapter 3, “Global Perils, Chinese and Greek smugglers,” the first interwar diaspora smugglers appear, localized Chinese and Greek opiate dealers, who relied on rudimentary chain networks or secret societies to open these trades.  Chapter 4, “Cannabis, counterculture and criminals,” traces the rise of post-World War II cannabis (i.e., hashish) smuggling, out of Morocco, Lebanon, and Afghanistan, facilitated by Dutch youth on the so-called “hippie trail”—before it expanded into a more formalized large enterprise by the early 1970s.  Chapter 5, returns to “Global Perils II: Chinese triads, Turkish families, heroin” with the arrival of new postwar diasporas in heroin rather than the older smoking opium. New migrants (i.e., Turks and Kurds) and family clans, helped root these modern heroin markets in the Netherlands.  Chapter 6, “Expansion of the cannabis trade after 1976,” demonstrates the massive swell of supply that followed the liberalization of soft-drug consumption in the 1976 Dutch Opium Act. Much of this, and its smuggling alliances, thwarted police efforts to informally govern these trades. Chapter 7 turns once again to “Global perils III: Colombian syndicates and cocaine,” the late-century cocaine trades, which involved Colombian migrants and routes out of Dutch Surinam, in fairly fragmented scaled-down trades. The book ends with Chapter 8 “The Floodgates of criminal anarchy: Synthetic drugs and subverting the state,” the latest waves of amphetamines, LSD, and mainly MDMA–Ecstasy and copycat designer drugs. Synthetics mobilized southern borderland smugglers along with a new class of underground chemists. There has been episodic violence and even some Hells Angels (Dutch style), Snelders’ “criminal anarchy.” The notoriety of the Netherlands by the 1990s as the drug capital of Europe was hardly the orderly regulatory vision of Dutch drug market reformers. The moral seems to be that even a rationalized liberalized drug regime begats growing criminality and crime.

Frankly, I found little to argue with in this excellent book, which is a strong contribution to the intrinsically challenging and relatively new genre of smuggling history. A trained criminologist (which I am not) might have a distinctive feel for Snelder’s usage of the field’s data and theories.  Perhaps the book might have focused a bit more on the angle of smugglers themselves, for example, the evident innovations they made to smuggling and producing of psychoactive drugs, such as the nederwiet industry.  One might quibble with the dominating national (Dutch) unit of analyses, though Snelders is fully aware of both the transnational trails and national entrails of his story.  Could it have been alternatively approached as “Dutch Smuggling: A Global History”?  Snelder’s “nation” of smugglers makes sense, however, given the deeper Dutch history as the model nation of commerce, and the role of the Netherlands as modern Europe’s drug import-export entrepot, bringing in at times half of the continent’s highs in cocaine, heroin, cannabis, and synthetics during these illicit booms.

In short, Drug Smuggler Nation is a deeply researched book that almost defines its place as interdisciplinary criminological history. 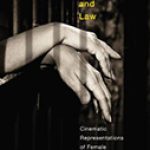