Suzanne Bouclin’s Women, Film, and Law makes an important contribution to legal and film/television studies by offering an excellent analysis of the social significance of the women-in-prison genre. She asserts that these popular representations expose the public to “the multiple forms of marginalization, social exclusion, and oppressions experienced by criminalized women” (4). Differentiating themselves from prison films generally, Bouclin explains that women-in-prison films examine the legal, economic, and political structures that criminalize marginalized women in ways different than is done for men. The genre serves as a cultural signifier that shapes understandings of prison and deals with the types of crimes for which women historically have faced incarceration: illegal abortion, prostitution, killing rapists or abusers, etc. Thus, she argues, the genre “shapes and reflects women’s actual and metaphoric imprisonment in contemporary society and is an important site of the cultural and legal construction of criminalized women” (8), lending itself to an examination of women in prison through a feminist lens.

Bouclin identifies four cycles within the genre: Melodrama/social purpose films (1930s-50s); Exploitation (1970s-early 1980s); Realist Drama (1990s-early 2000s); Dramadies (mid-2000s-today). She then examines how six examples dealt with women’s cultural and legal construction as criminals. Ann Vickers (1933), a social purpose film, is set against a backdrop of the movement to reform prisons plagued by corruption and prisoner abuse. From the same cycle, Caged! (1950) shows the reality the main character confronts in that she has little chance of finding employment, getting her child back, and remarrying after spending time in prison. Her entry into prostitution directly engaged with national concern about deviant sexuality and the legal effort to punish it. Turning to Caged Heat (1974), a sexploitation film, Bouclin joins the debate about whether it offers a feminist portrayal, juxtaposing the female characters’ actions standing up to male authority to those characters’ positions as prisoners abused by men in a way that plays to male sexual fantasy. Through the realist dramas Stranger Inside (2001) and Civil Brand (2002), viewers see the social and economic challenges faced by children and the extended families of women in prison, and how the prison industrial complex exploits incarcerated women. Finally, Orange is the New Black, as a dramady, provides a complex view of women of color, gender and sexual fluidity, and aging. Overall, the series seeks to foster a caring attitude about prisoners, and the societal and judicial problems they face, for an audience that might not otherwise care about women in prison.

In Jessica Silbey’s analysis of trial films, she argues that the genre operates in ways that may help sustain “the power and legitimacy of the legal institutions. Bouclin believes the women-in-prison genre has the potential to do the opposite, by leaving viewers feeling unsettled about prison conditions, empathetic toward women who are warehoused in them, and troubled about the crimes of which such women have been accused. Ultimately, she says, they challenge inhumane and violent state or legal practices and suggest the existence of broader gender, race, and class injustices that make certain women more vulnerable to criminalization and incarceration. Though the author does not provide analysis of how audiences respond to the genre and statistical information on the extent to which their opinions are influenced, her study does offer a path to further work on the impact such films and television series have. 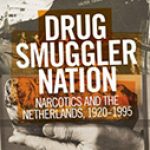 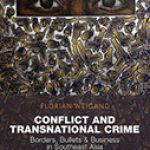