At the risk of sounding like a cliché, this book is nothing short of timely. The authors provide a wealth of relevant information from a legal standard based in constitutional law, state laws, and police administrative policies that guide police uses of force. The book offers an appendix of state statutes, case names and citations of judicial opinions and the laws that govern the police use of force for all 50 states. The authors extend the presentation of standards beyond those framed by law and administrative policies into the area of community expectations, and into how many of these areas do not align and yet have significant influence in the outcomes of high-profile incidents of police uses of force. We have seen this played out in the months following the death of George Floyd.

After exploring legal and community considerations, the authors take the unprecedented step of examining the practical considerations of tactics and use of force options by making the point that what is legal, what the community expects, and what law enforcement has at their disposal, do not always provide for a “perfect” scenario.

The book’s chapters are divided between two parts. Part I addresses the various standards used for evaluating police use of force. Part II provides a setting for the environment around the use of force.

In the introduction of chapter one, the authors define police use of force as “state-sanctioned violence.” Although this description may sound as if the authors are passing judgement, the fact is that police use of force is often applied as physical violence. After setting the tone for the use of force, the authors point out that approximately 1.8% of all police civilian encounters involve a threat or actual use of force. Of those incidents that are included in the category of use of force, the vast majority involve low-level force with little potential for injury, and yet it is the rare incidents of the use of deadly force that the media covers. And although rare, it is the high-profile use of force incidents by which the police are usually judged. It is this use of force that plays an important role in shaping public attitudes toward the police.

The authors lay out the various layers of legal considerations from the US constitution, to state and local laws, to individual agency administrative regulations. The authors make a very clear point that the Constitution of the United States is very general in its application when being applied to use of force situations.

After addressing the US Constitution and what few federal laws exist that influence the police use of force, the authors break down the laws in each state that govern this practice and make the point that they can vary greatly among the states. Although not a legal standard, the authors paint a detailed picture of how community expectations don’t always align with the law, but can have immense influence on police use-of-force incidents.

Part II of the book, entitled “Police Tactics and Force Options,” outlines the influences on the use of force and outcomes. The authors make the point that the use of force by law enforcement has many influences that vary based on the location, agency, and the tactics employed by the individual officer leading up to, immediately prior to and during the application of force.

In sum, this is a comprehensive text that goes beyond the typical standards in addressing the timely topic of the police use of force. One takeaway from the book is that none of this is clear cut.

Adjunct Lecturer in the Security, Fire & Emergency Management Department at John Jay College. Brian is the retired Chief of the Bergen County Police, New Jersey and the former Director of Public Safety for Bergen County. Brian is a regular contributor to online, print, and television reports on police use-of-force. 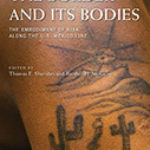 The Border And Its Bodies: The Embodiment Of Risk Along The U.S.-Mexico LineBooks, Reviews in Brief 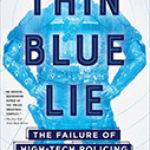