Matt Stroud’s investigative journalism demonstrates the philosophical “technological solutionism” that police departments have utilized in the past century. Technological solutionism refers to reactive policing through new age technological devices such as tasers, CCTV, facial recognition, and body cameras. Stroud addresses how police leadership and policing tactics focus on technology to be the sole solution, rather than having police leadership focus on underlying issues. The book chronicles how technology appears to backfire, with a focus on unreliable and faulty use of tasers. Stroud fails, however, to mention that the criminal justice system uses a reactive response rather than a proactive approach to crime, and this bias can be seen throughout his investigative research.

Stroud’s description of how the police integrated technology is one of the strengths of the book. He details the racial tensions between African American communities and police departments that have been ongoing since 1905, and how August Vollmer became a modern policing pioneer. While Stroud describes Vollmer’s writings as racist with respect to crime, Vollmer did contribute much to what we know about police professionalism, having a systematic database of criminal records, and the use of the polygraph test.

Stroud emphasizes the aftermath of the Watts riots of 1965, which lead police departments to search for technology as a remedy to the perceived problems rather than addressing community-based issues. He focuses heavily on the uprising and fall of the several companies and individuals that promoted the use of the taser. There is also a focus on the development and use of COMPSTAT.

Unfortunately, the strength of historical details here weakens the author’s overall emphasis on the argument that technology has ruined modern police work. Stroud fails to deliver the same coverage and critiques of technological advances such as the in-car computers, radios, GPS, digital cameras, and cell phones carried by most officers today.

While Stroud provides insight into the history of technology, he provides no solutions to its associated problems. He does not, for example, address any external police pressures, such as political influence, legal mandates, and societal pressure, which have encouraged departments to adopt technology as the solution after critical incidents. Instead, the book’s primary assumption seems to be that decisions are made internally by police agencies with little external influence—other than private companies looking to capitalize on the technological remedies they sell. For these reasons, the book has limited scope and application, and does not speak to the important history of the development of several vital technologies that are commonly used in policing today. 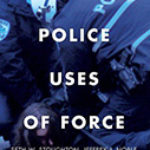 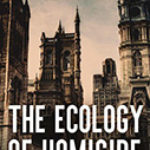 The Ecology Of Homicide: Race, Place, And Space In Postwar PhiladelphiaBooks, Reviews in Brief