Familiarity And Conviction In The Criminal Justice System: Definitions, Theory, And Eyewitness Research

Who is a stranger? That is a surprisingly hard question to answer. The question crucially underlies the problem of eyewitness evidence in our criminal courts, and yet neither the legal system nor researchers have provided much guidance; the problem has largely been ignored. A new book by Joanna Pozzula, Emily Pica, and Chelsea Sheahan—Familiarity and Conviction in the Criminal Justice System, part of a series sponsored by the American Psychology-Law Society—synthesizes the available research on this question. The authors provide a wonderful and concise resource for lawyers, who often encounter these questions. Pozzula and colleagues ably define the problem, digest the available research, and point the way towards future research.

There has been growing interest in the quality of eyewitness evidence as a large number of wrongful convictions have come to light—including due to DNA testing conducted post-conviction—and as a growing body of research has identified sources of error and ways to improve eyewitness identification procedures. However, those quite substantial research and policy efforts have almost exclusively focused on identifications of strangers: a person whom the eyewitness has not seen before. What of eyewitnesses who are familiar with the culprit? How familiar are they and how reliable are they? The familiar witnesses represent a major gap in our body of knowledge regarding eyewitness evidence.

Well-known wrongful convictions have resulted when eyewitnesses who had some degree of familiarity misidentified the culprit. I have researched in-depth cases involving DNA exonerations (www.convictingtheinnocent.com), and one early and well-known case is that of Walter Snyder, who was wrongly convicted in Virginia in a case in which the victim, who had been sexually assaulted, had also lived next door to him. The victim recalled having seen him before, and we now know that this may be the case because they were neighbors. Snyder was exonerated by a post-conviction DNA test in 1993. The police used a show up identification in the case, which was highly suggestive and unnecessary, but they may have done so because the victim reported having been familiar with the suspect. The authors also note the case of Clarence Elkins, whose six-year-old niece had witnessed her grandmother being assaulted and was then assaulted as well. The next morning, after finding her grandmother dead, she reported to her neighbor and then the police that the culprit looked like her uncle, Elkins. She testified at trial. DNA testing later showed that another person in the neighborhood committed the crime. These examples are common in non-DNA exonerations as well. Many of the National Registry of Exonerations (https://www.law.umich.edu/special/exoneration/Pages/about.aspx) murder cases that involved eyewitnesses involved defendants who had been acquainted with the eyewitnesses. These real-world examples highlight how real challenges arise in cases of familiar eyewitnesses, who may have varying degrees of familiarity and who can make mistakes.

What does it mean to be familiar with someone? We do not have a settled understanding even of this basic question. There is a continuum between people who we know very well and complete strangers, as the authors point out. There is no consensus definition of what it means to be familiar with a person. Indeed, there is a larger research problem, which the authors note: these types of ‘familiar-strangers’ have not received much research attention. Thus, “[d]espite their frequency and importance, familiar identifications have received only sporadic and haphazard attention among social scientists and legal practitioners. Specifically, there is no known cohesive analysis regarding what a familiar identification is, their general accuracy rates, and the factors that affect their reliability” (Vallano et al., 2019: p. 129).

Lawyers may similarly fail to investigate and test the memory of eyewitnesses who report some degree of familiarity with a suspect. This has certainly long been true for judges. The authors describe how courts often assume that where a witness has some degree of prior familiarity with the defendant, then no further inquiry is required. Courts have concluded that no jury instructions are needed in such situations. Courts have concluded that expert testimony is not needed in such situations, as in the Connecticut Supreme Court case State v. Williams (2013). The Connecticut Supreme Court earlier wrote in State v. Outing (2010), in a ruling that is representative of the approaches of many courts, that

Also problematic, courts seem to accept that an eyewitness is familiar with a suspect without any meaningful inquiry into the basis or degree of that asserted familiarity. More recently, the Massachusetts Supreme Judicial Court, in Commonwealth v. Thomas (2017), stated that “the level of familiarity between a witness and the suspect is measured by factors such as the number of times the witness viewed the suspect previously; the duration, nature, and setting of those encounters; and the period of time over which the encounters occurred.” Such an inquiry may be promising, but the authors note that jurors may not appreciate to what degree the level of familiarity matters.

In general, people assume that a familiar eyewitness is a simpler situation, and what research has been done suggests that the problem is far more complicated than often assumed. There are good reasons to think that familiar identification raises additional complications and challenges. While police can control the circumstances of an identification procedure, and can inquire into the circumstances in which a person viewed an incident, it may be harder to unpack the circumstances with which one person became familiar with another.

What does the research suggest about familiar identifications? There is evidence that familiar identifications can be more reliable, particularly where the witness truly had extensive prior exposure to a suspect or defendant, confirming the assumptions of police, lawyers, judges, and jurors. We know that claims of familiarity can be accurate. There is evidence that the more a person is exposed to another, the more familiar they become and the more accurate their recollections may be. It may be that such identifications are more trustworthy, as we have assumed.

However, more research is needed on when claims of familiarity are accurate, what that means, and how that impacts identification accuracy. There is also “mounting evidence that similar to stranger identifications, familiar identifications invoke overlapping cognitive processes and can therefore be correspondingly hindered by certain estimator and system variables” (Vallano et al., 2019: p. 132). The authors digest the common situations in which familiarity can contribute to eyewitness misidentifications, including because the witness unconsciously transfers memory between a known and unknown person, or remembers seeing someone but not where they saw them, like in the Snyder case.

Familiar eyewitnesses therefore raise a set of unfamiliar challenges. The authors also conclude that there simply is not enough research to develop a set of best practices for lineup procedures in which familiarity with the suspect is an issue. They suggest that simultaneous lineups, in which an eyewitness may ‘comparison shop’ and pick the person who appears most familiar, may pose a greater risk for errors in cases involving familiar eyewitnesses. The authors conclude by urging researchers to make the ‘familiar-stranger’ a central focus in eyewitness research in the years to come. Given how often familiarity is at issue in criminal investigations and trials, I hope that this concise, valuable book provides a springboard for empirical research and improvements to law and policy. 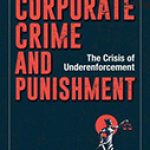 Corporate Crime And Punishment: The Crisis Of UnderenforcementBooks, Full Reviews 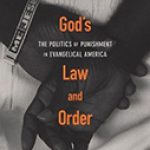 God’s Law And Order: The Politics Of Punishment In Evangelical AmericaBooks, Full Reviews