God’s Law And Order: The Politics Of Punishment In Evangelical America

For many, there are two Christian Bibles: the Old and the New Testaments. The Old Testament entails a vengeful God. It is the story of “an eye for an eye.” It is a story of wicked people, of Adam and Eve defying God and being cast from Eden, and of wrath on Judgement Day. The New Testament is a forgiving God. It is Jesus dying for our sins. The story of the Sermon on the Mount, turning the other cheek, and of hope that we can all learn from our sins. The Old and New Testaments inspired rival views of criminal justice and punishment. The former a theory of harsh punishment and retribution, the latter of rehabilitation. This book connects Evangelicalism in America to the Old Testament and the punitive direction in criminal justice since the 1970s, keying in on the role that religion, evangelicalism, and race play in the history of mass incarceration in America (p. 2). As Griffith contends, his goal is to uncover the connections between spirituality, Christian conversionism or redemption, and criminal justice policy (p. 5).

God’s Law and Order traces the connection between the revival of evangelical Christianity in the second half of the twentieth century and the accompanying rise in law-and-order politics. The story begins in the 1960s with the various changes and movements that occur then. They include the civil rights movements, protests against the Vietnam War, and social experimenting with drugs and challenges to sexual mores. Literally sex, drugs, and rock and roll were seen as a sign of political decadence by many on the Christian right. The Warren Court’s school prayer cases were viewed as a further sign that someone was trying to kill God. But more fundamentally, all this represented sin and a turning away from God and traditional morality. Something had to be done or the US would go to hell in the proverbial handbasket.

Moreover, central to the brand of evangelical politics in this book is race (p. 4). Racism is a recurrent theme and major problem in American social history and criminal justice. This book contends that race factored into evangelical views on crime and punishment in at least two ways. First, many evangelicals viewed law enforcement and criminal punishment as race-neutral or colorblind endeavors. They therefore endorsed policies without appreciating racial implications. Second, many white evangelicals were overtly conscious of race, contending that the criminal justice system must “subdue” African-Americans in much the same way that slavery did (p. 5). Theology effectively provided support for a punitive crime-control and incarceration system, perhaps no different than apologists for slavery too offered religious-based defenses for that social order. Strict punishment was necessary for the maintenance of social and racial order, backed up by an appeal to a specific view of Christianity.

Richard Nixon sensed this mixture of race and theology in his successful 1968 presidential campaign. On one level, appeals to law and order were secular, but they tapped into the religious and racial fears of evangelicals. For example, marijuana was viewed as a gateway drug, not just to heavier drugs but to further sins. The only way one could bring order to society and properly punish the sinner was with swift and certain punishment. Nixon’s victory thus marked the beginning of the evangelical transformation of criminal justice that would dominate debates on crime and incarceration for the rest of the century.

Political mobilization of Evangelical America brought numerous changes. James Q. Wilson’s 1975 Thinking About Crime captured that mood, arguing for an abandonment of rehabilitation as a goal of punishment and a turn simply to incapacitation. From Nixon to Reagan and even to Clinton we see the changes in criminal justice that evangelicals produced and how policy makers tapped into their sentiments. Griffith charts the rise of mandatory minimums, the victim rights movement, three strikes laws, tough penalties for drug offenses, Nancy Reagan’s “Just say no” drug campaign, and the renewed support for the death penalty as policy consequences or dog whistles playing to an underlying Old Testament morality that demanded no mercy or leniency for the criminal sinner. Anything less would be unjust to the sinner and bad for society. We also see the rise of prison ministries—many legitimate, some opportunistic—during this time as evangelicals saw a calling to bring God to prisoners.

God’s Law and Order is a fascinating book. Until reading it, one may never have thought about the connection between religious revival and fundamentalism in America and criminal justice policy. Yet merely a few pages into the book the connection is obvious, and the author does an amazing job, from someone sympathetic to the movement, in telling the story. The book ends by asking if we have run the course: are we at a point where, after nearly sixty years, the evangelical grip on American politics, including criminal justice policy, is finally weakening? Now, as one Christian generation exits the political system and is replaced by another that is more secular, will the punitive policies finally begin to subside? Perhaps when this book was written the answer might have seemed yes, but one wonders if the crime spikes of 2020–21 will renew demands for getting tough on crime, even absent an evangelical undertone. The strength of this book is uncovering the theological roots of criminal justice policy and explaining how social movements such as evangelicalism impact public policy and debates on crime. 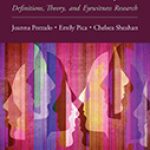 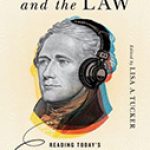 Hamilton And The Law: Reading Today’s Most Contentious Legal Issues Through The Hit MusicalBooks, Full Reviews