Fraud: An American History From Barnum To Madoff

Fraud, it turns out, is as American as apple pie. Students of fraud are quite well aware that fraud in many different manifestations has been a pervasive, widely diffused phenomenon throughout American history. Edward Balleisen, a professor of history at Duke University, set himself the task of systematically exploring the history of fraudulent American businesses and anti-fraud initiatives over the course of approximately two hundred years (from 1810 to 2010). As it happens, P.T. Barnum – the American businessman, showman and politician who is credited (apparently erroneously) with the observation that “There is a sucker born every minute” – was born in 1810. Bernard Madoff – the New York financier who masterminded the biggest Ponzi scheme on record – was serving his first full year of a 150-year prison sentence in 2010. A third famous figure in the history of fraud, who rose to fame somewhere near the midpoint between Barnum’s career and that of Madoff, is also depicted on the cover of this book: Charles Ponzi.

Much has transpired in the realm of fraud during the course of this two hundred-year period, and that is what Balleisen explores painstakingly – albeit selectively — and with much rich detail. But the year of publication of this book – 2017 – is also noteworthy in the history of American fraud. In January of 2017, Donald J. Trump, a real estate entrepreneur and by his own account a mega-billionaire with no prior political office (or military) experience, was inaugurated as President of the United States. Surely no previous president has been accused of the multiple varieties of fraudulent conduct – including lending his name and endorsement to Trump University, a manifestly fraudulent enterprise – that Trump was accused of over the course of a long career. In the case of Trump University, he settled with a payment of $25 million the lawsuits of former students who alleged that they had been defrauded by this “university.” And surely no American president has made as many demonstrably false claims as Donald Trump during the course of his 2015-16 presidential campaign, and in his first year in office as president. Accordingly, fraud in some form had achieved extraordinary visibility and attention at the outset of the Trump era, with a wide range of consequences in the offing. The present book offers a rich framework and foundation for comprehending and responding to fraud – broadly conceived – in the era of Trump.

This 479-page book is composed of twelve chapters organized within five different parts, and 22 figures and one table. The five parts of the book address: Duplicity and the Evolution of American Capitalism; A Nineteenth-Century World of Caveat Emptor; Professionalization, Moralism, and the Elite Assault on Deception (1810s to 1930s); The Call for Investor and Consumer Protection (1930s to 1970s); and The Market Strikes Back (1970s to 2010s). Early on, Balleisen identifies an overarching takeaway objective for his project: “how should Americans define fraud, how much should they worry about it, and how should they structure institutional responses to it?” (p. 4) He acknowledges that some level of fraud is endemic to all modern capitalist economies, and more generally reflects enduring dimensions of human psychology. Within the context of a modern American society, there is the deeply entrenched tension between the strong desire to foster innovative, productive enterprises while constraining creative, damaging forms of fraud. Another tension within American society – as evident as ever in the current era – is between deference to “the market” and the recognition of a need for regulation of harmful (including fraudulent) practices of business enterprises. Acceptance of a certain level of puffery clashes with concerns about chicanery. American culture, Balleisen contends, has had a soft spot for “charismatic grifters” – until the losses and pain caused by frauds outweighs the admiration for ingenuity and risk-taking. Periodically, in the wake of especially large-scale frauds with widely diffuse and devastating consequences for large number of Americans, anti-fraud campaigns have swung into high gear. The Progressive Era, the New Deal Era, and the Great Society Era were three periods in the twentieth century characterized by the adoption of systematic legislative and regulatory responses to organizational fraud. And it is this form of fraud – that by organizations (businesses enterprises and corporations) – that constitutes the primary focus of Balleisen’s history, with only occasional references to non-organizational forms of fraud. Thus, mostly omitted from his account are frauds committed by consumers against businesses, by employees against their employers, and individual citizens (especially as taxpayers) against the government. Also not mentioned are frauds by professional con artists – famously represented in the film The Sting. Although all forms of fraud harm their victims, and some forms of harm targeting businesses and government entities are hugely costly, those perpetrated by organizations are by any measure the most consequential.

It is not possible within the context of a relatively brief book review to do justice to the many complex details of Balleisen’s account. The countless interacting threads of the story of organizational fraud and the multiple types of initiatives to contain it make for a narrative with numerous different layers. In the concluding chapter of the book, Balleisen addresses the potent market-oriented forces that contributed to broad, recurrent opportunities for organizational fraud: e.g., the S & L thrifts looting cases, the accounting frauds associated with Enron and other major corporations, the subprime mortgage frauds that were a key factor in the financial crisis of 2008-09, and many other such large-scale and hugely costly frauds. The antifraud responses – for example, the Sarbanes-Oxley Act and the Dodd-Frank Act – have had some success, but have also encountered much resistance and evasion on the part of target organizations.

The author’s labors in producing his account of two hundred years of fraud are prodigious. He draws upon accounts relating to fraud and its regulation in some thirty newspapers and periodicals as well as many different scholarly journals; he has consulted manuscripts and collections in eight different libraries and archives, as well as in the records of some sixteen different institutions. There are more than eighty pages of dense notes at the end of the book. Although the author is a historian, he draws upon relevant insights from a range of disciplines, including political science, economics, sociology and psychology. The work of legal scholars and criminologists is drawn upon as well, and it is scholars in these fields, especially those concerned with white-collar crime, who may have the most to learn from this account. Altogether, Balleisen has produced an invaluable resource for current and future students of fraud.

The name Donald Trump does not appear in the index of this book, but it will surely be highlighted in any survey of the history of fraud and its control in America in the period after 2010 – or more specifically, from 2016 on. This review was composed during the week when James Comey, the recently fired director of the FBI publicly accused President Trump of lying and testified to potential obstruction of justice initiatives on the part of the president. It was largely written on a day (June 9, 2017) when a headline on the front page of the New York Times Business Day section read “Measure to Loosen Dodd-Frank Banking Rules Passes the House.” Some readers of this review might be put off by what they view as politically partisan observations within the context of a book review for a scholarly publication. But these are not normal times, so this reviewer is disinclined to apologize for the Trump-related observations. Future historians – perhaps Edward J. Balleisen himself further down the road, in a “sequel” to this book – may regard the present period as a watershed era in the history of fraud and its control in the United States of America. Will President Trump and a Republican-dominated Congress succeed in imposing a regime which fosters fraudulent activity across the spectrum of American life on a scale that dwarfs the fraudulent activities over the course of two hundred years as documented in this book? If this occurs, will it inspire a truly transformational societal response, in the wake of financial devastation for tens of millions of Americans – for American society as a whole – from monumental pervasive fraud?

Edward J. Balleisen’s conclusion for his magisterial history of organizational fraud in America is that periodic waves of “smart” anti-fraud initiatives have made some difference in “containing” fraud to some extent, but his history also richly documents the ultimate failure of all such initiatives to fundamentally diminish fraudulent organizational activity as an enduring feature of American life. Are the various forces that facilitate and promote fraud so deeply ingrained within an American capitalist political economy and the cultural forces aligned with this economy that only a structural and cultural transformation on a grand scale might confront the phenomenon of organizational fraud in a fundamental way? If the era of Trump – however long it lasts – does in fact unleash a new, tsunami-scale wave of fraud within American life that results in massive financial devastation across the spectrum of American society, it is at least hypothetically possible that the conditions for such a structural transformation will be established. Fyodor Dostoevsky, long ago, in Notes from the Underground, warned us that the aspiration to live in a “Crystal Palace” (in this context a world devoid of fraudulent activity) is a false illusion for human beings who throughout history have persistently demonstrated that their nature works against the realization of any such utopia. But is a profoundly fraud-ridden American society, going forward, ultimately sustainable? We may have an answer to this question in the years ahead. 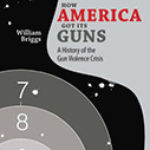 How America Got Its Guns: A History Of The Gun Violence CrisisBooks, Full Reviews 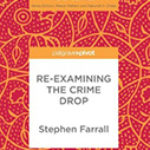