Down, Out And Under Arrest: Policing And Everyday Life In Skid Row

I’m going to begin with a confession: it’s incredibly difficult to review a book that covers terrain you know all too well. Stuart’s ethnography of the policing of Los Angeles’ skid row district is home territory for me, so trying to avoid the trap of repeating things I’ve already said becomes a nearly impossible task. To provide a somewhat crisper perspective on this book requires that I focus selectively on those aspects of the book I find both uniquely compelling and different from previous ethnographies of urban poverty and the ways in which it is policed. Fortunately, there is much material in this book from which to draw.

One of the key concepts around which much of this book is anchored is ‘cop wisdom’, or being ‘cop wise.’ This is described as a “cognitive framework” developed as “individuals learn to reinterpret the mundane scenarios, spaces, and people found in the neighborhood … [so as] to reduce the probability of detrimental police contact” (p. 21). While other recent ethnographies centered on policing in impoverished urban communities have discussed this phenomenon to varying extents, none has shed such a clear and thoughtful conceptual light on this process or, more importantly, on its meaning and consequences. As Stuart notes, it is not uncommon for individuals within street-based communities to develop mental schemas and corresponding practices to increase their safety from victimization on the streets (‘becoming streetwise’). What Stuart documents is what occurs in the wake of saturation policing with a punitive or coercive edge: people learning how to avoid police to also avoid tickets they cannot pay for activities they cannot help (such as public urination or ‘camping’ when one is without access to toilets or beds). As is laid bare for the reader, within the space and time studied, the activities of L.A.’s skid row police – centered on what I have termed elsewhere ‘coercive inclusion’ – are directed towards forcing people into rehabilitation schemes through, essentially, making their current existence intolerable. The net effect of such activities on individual ‘resisters’, as we see in the story of Darryl, is to push marginalized individuals further to the periphery. While becoming ‘cop wise’ protects individuals like Darryl from experiencing both the indignities and punishment afforded those who refuse enforced rehabilitation, it also drastically curtails what they can and cannot do within the boundaries of skid row, including limiting opportunities for self-sufficiency or access to avenues through which to get out. They are, in essence, ‘on the run’ within this highly bounded, tightly regulated space.

Another aspect of this book, and the one that felt the freshest and most interesting to me, was the inclusion of detailed observations and analysis of collective resistance. In urban ethnographies, much is typically made of how individuals feel and respond to policing. In such works, citizens are frequently treated as passive entities with little to no agency. When individuals are depicted as actively resisting, it is too often in highly romanticized form, as members of gangs whose criminality is treated as akin to something out of Robin Hood. Indeed, with few notable exceptions, little attention has been paid to active forms of collective resistance that is either legal or effective. This book differs significantly in this regard. Through Stuart’s depiction of the work of community organizers and volunteers, we are granted the opportunity to understand the myriad of ways in which elements from within the community coalesced in response to both the Safer Cities Initiative and the general condition of skid row. Local Community Watch teams employ ‘cop wisdom’ and other tactics in their efforts to document repressive police practices. Groups like the Los Angeles Community Action Network (LACAN) similarly use their ‘cop wisdom’ as part of what the author terms “an overt and formal effort to undercut therapeutic policing and reform police policy” (p. 201). Other organizations fight for increased access to basic necessities. What we see here is something quite important — elements of an active community, and not simply the moral dumping ground of the public imagination.

Had Stuart simply stopped his work at documenting the condition of individuals who are beat down by what he terms the ‘therapeutic policing’ taking place in Los Angeles, this book likely would not have been too dissimilar from some others currently on shelves. Fortunately, he did not, and what we have is both a searing indictment of the Los Angeles Safer Cities Initiative and an increased understanding of how collectives can work to resist misguided civic policies. 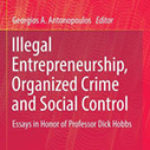