Stephen Farrall’s book has a pacey writing style that flows well and makes it a quick read. Its focus is the “neoliberalism and neo-conservative policies” of the “Thatcherite project”, and it demonstrates the author’s encyclopedic knowledge of UK politics and criminal justice policies of the 1980s and 1990s. Thatcher was prime minister from 1979 to 1990 during which time crime rates rose rapidly before they began to decline shortly afterwards. The book attributes rising crime of the 1980s to social problems, particularly unemployment, that it says were caused by Thatcher. The crime drop is then also attributed to Thatcherism via its criminal justice policies (more imprisonment) and enhanced individualism (causing people to buy more security). And since the writer is unambiguously anti-Thatcher, therein lies an enigma: the crime drop is part of Thatcher’s legacy?

It is a short book in six chapters. Chapter 1 summarises and criticises existing crime drop research. Chapter 2 offers ‘historical institutionalism’ as a theoretical platform which “propose[s] a new way of explaining the crime drop which draws on an understanding of political processes.” Chapter 3 claims that “the [Thatcherite] social and economic policies of the 1980s helped to produce the rise in crime” and reviews government economic, housing, social security, education and criminal justice policies before seeking to establish a correlation between unemployment and property crime. Chapter 4 lists and describes criminal justice policies of the 1990s and links them to situational crime prevention. It then explains the crime drop by reporting that “the Conservative-led government … saw authoritarianism as the solution to crime. The policies they adopted helped to reduce crime. Doubling the prison population could hardly do otherwise.” Chapter 5 argues that similar political regimes mean largely the same things influenced crime trends in the US, Australia, New Zealand and Sweden. Chapter 6 is the Conclusion but has a change of emphasis, concluding that “Security is still possibly the major source of the property crime drop, but we need to ask why this approach was adopted”. It avers that the politics of the time “encouraged them towards the adoption of situational crime prevention matters”.

My main issue with the book is its rigour. Previous crime drop research is sidestepped early in chapter 1 but with the telling admission that “I try to remain as succinct as one can on these matters and inevitably skip some details.” Let us look at some of the details that were skipped. First, crime had been rising for decades before Thatcher’s term which means it was not due to 1980s policies: The 1959 Home Office report ‘Penal Practice in a Changing Society’, for example, noted that post-War prosperity had increased hand in hand with crime (as, in the United States, did the 1967 President’s Commission). Second, by 2017, crime has been declining for a quarter century and it seems overly generous to attribute this sustained trend to Thatcher. Third, global austerity from 2008 when unemployment rose but crime did not, which contradicts a key aspect of the book’s thesis, is conspicuous by its absence. Fourth, while the book attributes declines in crime in the US, Australia, New Zealand and Sweden to Thatcheresque political regimes, it skips past how crime fell across the whole of Western Europe where politics was far from uniformly similar: was this a lucky coincidence perhaps? Fifth, even for those countries it does consider, it overlooks how the timing of their crime drops fails to fit with its thesis: burglary and theft in the US fell through the 1980s while the Australian property crime decline is apparent only from 2001 onwards. Sixth, when the book turns to situational crime prevention, instead of discussing the strong research evidence for, say, the role of security devices in declining vehicle crime in various countries (Australia, Germany, the Netherlands, the UK and the US), instead there is an unusual listing and description of a potpourri of UK projects and strategies which nobody has, to my knowledge, ever claimed played a role in the crime drop – such as Neighbourhood Watch. There are other issues – such as how the ‘tests’ for a crime drop are misinterpreted in chapter 1 – that would take too much space to address here.

A closer look at the book’s treatment of situational crime prevention (SCP) is warranted. It ignores how SCP evolved in the 1970s from Ronald Clarke’s 1960s research on borstal escapees – see, for example, the landmark Crime as Opportunity published in 1976. Moreover, Clarke has observed how “During the mid-1980s … all mention of the term was studiously avoided in official [government] documents” (Clarke and Bowers 2017; 125). Stephen Farrall’s book skips how SCP can be applied to all crime types from intimate partner violence to terrorism or poaching of animals, and ignores its theoretical foundations including its links to, say, nudge theory. It omits to mention the many applications of SCP that have proven effective but also that SCP is often the antonym of punitive policy: reduced crime opportunities means fewer offenders should enter the criminal justice system (and may well explain the last decade of declining convictions of young adults). Since the book seems to accept that security reduced crime then why is there no proper discussion of crime opportunity theories? Why is no space given to outline how post-War prosperity brought more consumer goods including cars that were easy to steal, and how lifestyles changed in ways that facilitated crime. Yet there is space for all manner of lengthy digressions on non-critical events, a blow-by-blow account of a range of government social policies, criminal justice and various things which are only tenuously related to the crime drop if at all including what amount to cameo appearance for numerous political personalities.

So, as you’ve guessed, I have mixed views on the book. It’s a curate’s egg. It offers a useful partisan summary of government politics and policies of the 1980s and 1990s, which I quite enjoyed. But otherwise it lacks rigour – there are major omissions plus selective and unjustified inclusions, and a general lack of detailed evidence and argument. Hence its overall contribution to knowledge about causes of the crime drop is not significant. It attributes some of the decline in crime to increases in imprisonment, which flies in the face of the evidence. And I am unconvinced by the book’s principal conjecture that Thatcherism deserves the credit for improvements to security because it offers no proper supporting evidence – and if even just the decades of rising crime beforehand, the quarter century of falling crime since, and the crime drop elsewhere in Western Europe are considered, it does not fit. The other positive of the book is that it is mostly well written, though for me it might have drawn on some of the excellent political satire of the Thatcherite era to lighten the tone. Remember the one where Margaret Thatcher takes her cabinet of ministers out to dinner? She orders the steak and when the waiter asks about the vegetables she says that they will all have the same as her. 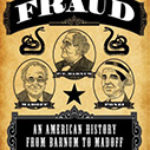 Fraud: An American History From Barnum To MadoffBooks, Full Reviews 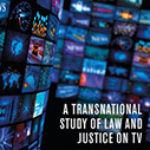 A Transnational Study Of Law And Justice On TvBooks, Full Reviews